BUDAPEST, Hungary, April 22, 2019—The FIE “Donate Your Fencing Gear!” program, providing underprivileged organizations and individuals in multiple countries with good-quality fencing gear contributed by fencers and federations, is being embraced by the Hungarian Fencing Federation (HFF). The HFF has been highly supportive of the program from its inception, and is encouraging federations and fencers worldwide to join its philanthropic efforts.

Mr. Boczko, within the framework of Hungarian fencing as well as the upcoming 2019 Senior Fencing World Championships in Budapest in July, is coordinating a donation program throughout Hungary engaging fencing clubs to join the effort to give equipment. The HFF will officially give the equipment to the FIE during this summer’s Championships, and they are hoping to inspire others in advance to participate and bring equipment to Budapest.

At the recent 2019 Junior and Cadet Fencing World Championships in Torun, Poland, Mr. Boczko was on-hand to promote the program on behalf of the HFF, and to personally encourage donations. “This is an excellent program, and we think it is very important to benefit fencers in-need”, he said.

Each year, countries provide applications to receive donations, which are chosen and awarded by the FIE. Donators may choose recipient countries for their gear or request the FIE to select for them. This year’s selected and official recipient countries include Brazil, Colombia, Kyrgyzstan, Nigeria, Serbia and Yemen. 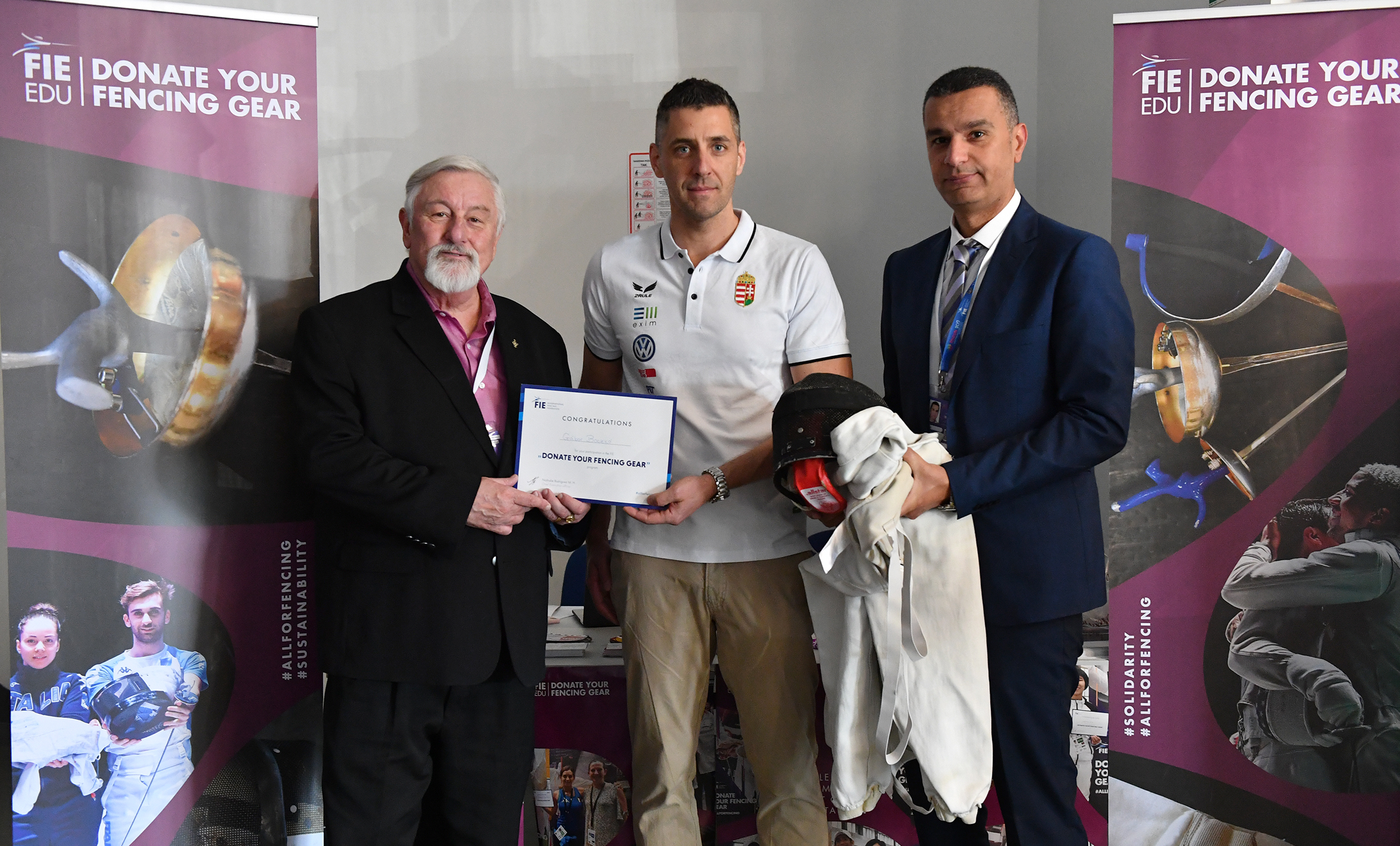 More information about the program may be found here.