On January 25, 2016, there was a morning opening ceremony and the course officially started that afternoon. The program took place at the Guatemala Fencing Federation Facility as well as at the National Guatemala Stadium, which was within walking distance from the Fencing Facility. The Fencing Facility was well prepared for the course. It has 5 fencing strips with plenty of space for other training and exercising. The stadium provided an excellent environment for strengthening and conditioning training. All activities were organized in compliance with the main goal of enhancing the sport of fencing in Guatemala. The entire project was managed in a high organizational and professional level. During the whole project period, the participants demonstrated a great enthusiasm and willingness to learn and improve the educational-training process of fencing in Guatemala. There were 28 participants, most of whom were fencing coaches with basic fencing skills and experience. Approximately one half of the participants had increased knowledge of fencing experience and of teaching fencing.

Discussions about the program started the first afternoon of the course. The main purpose of the course was to prepare fencing coaches with the ability to teach and coach fencing and to ultimately enhance the sport of fencing in Guatemala. During the first afternoon, it was discussed about what is meant to be a fencing coach and all the knowledge, responsibilities, and skills that are required. It was also discussed how to teach different levels of fencers as well as different ages of fencers, monitoring athletes’ training, and monitoring athletes’ preparation for competitions.

During the first two days of the course, there was a strong focus on warm-up, strengthening, and conditioning exercises for fencers at beginner, intermediate and advanced stages and for fencers at different age groups. There was also a strong focus on safety rules and how to avoid injury during exercises. Conditioning was based upon European style and theory as well as American College style and theory, specifically Notre Dame University, which developed one of the best fencers of the world, during the tenure of Coach Marek P. Stepien.

During the rest of the course, the coaches reviewed about all three weapons of fencing (foil, epee, and sabre), however, due to time constraint, foil and epee were the two weapons that were extensively reviewed and taught. At the beginning of each day, the participants went through a warm-up session. The warm-up sessions were run by volunteers from the group and monitored. All participants undertook strengthening and conditioning exercises and reviewed what they had learned the day before and were then quizzed over theory and practical skills. Throughout the course, all coaches had private fencing lessons given by FIE expert Marek P. Stepien as well as working in pairs with full fencing equipment. During the private lessons, Master Stepien provided explanations of each exercise and answered questions. Instruction was provided for foot work and arm work from the basic level to intermediate to advanced level, all based on referee rules. Time was given each day for questions and answers regarding everything that was being taught. Detailed information regarding the psychological aspects of fencing was also discussed on a daily basis. Theoretical information was displayed and reinforced using videos presentations. In short, everything there is to know about fencing and how to coach fencing was provided to the participants of this fencing course! 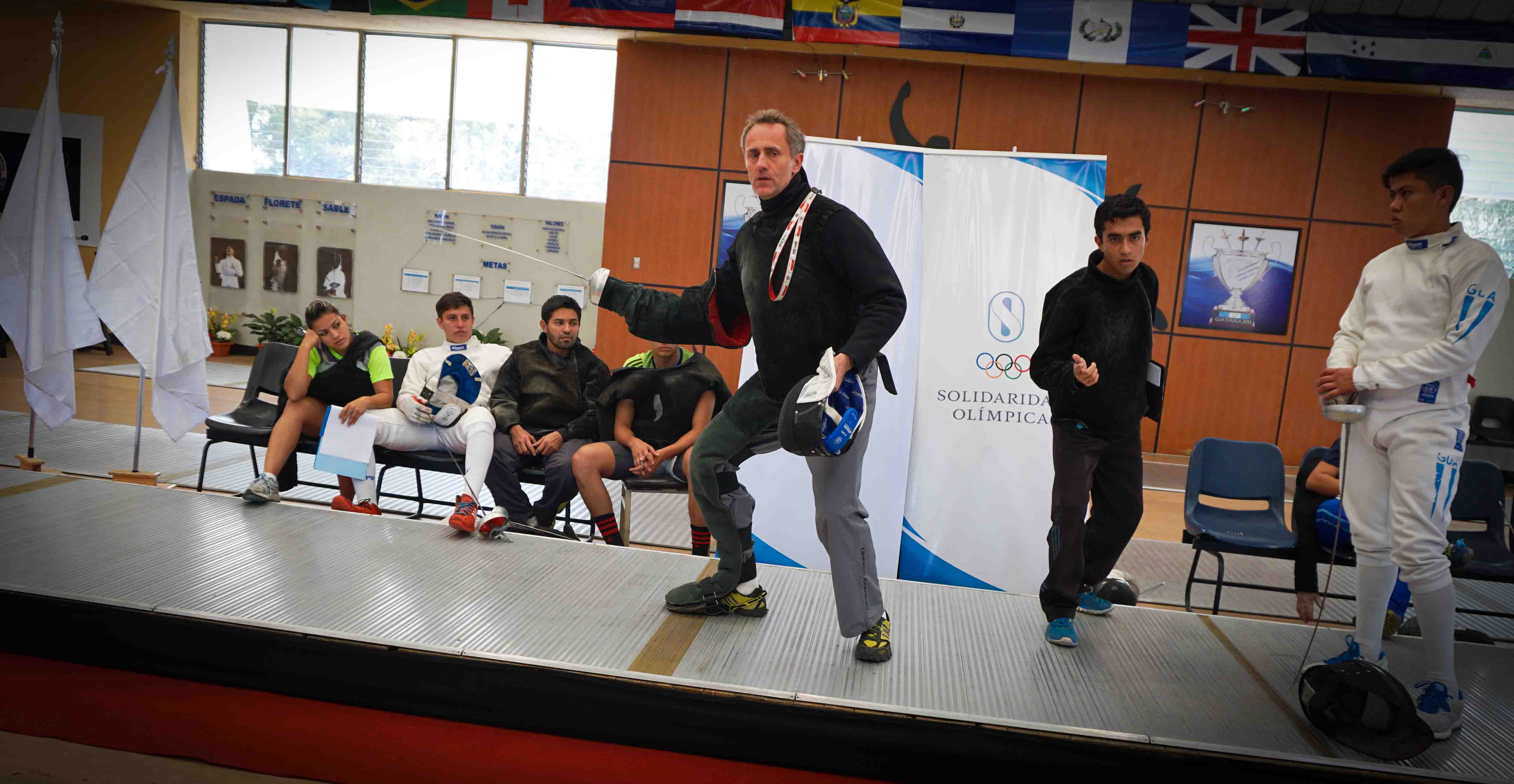 The fencing course ended on January 30, 2016 with a short ceremony of completion. During the course, the participants demonstrated a great enthusiasm and willingness to learn and improve the educational-training process of fencing in Guatemala. It is felt that a foundation has been laid for the enhancement of the sport of fencing in Guatemala. All participants will serve as great ambassadors for this sport and help to spread its popularity.

The entire course was managed by FIE expert Marek Stepien, Fencing Master, in a highly professional manner. Special thanks go to Denis Hernandez of National Sport Federation of Fencing, Rogelio Bravo, of Guatemala Olympic Committee, and the President of the Guatemala Fencing Federation for their help and assistance during the week. Gratitude Is also expressed to Olympic Solidarity and FIE for the opportunity to participate in this fencing course.

To further develop and improve the sport of fencing in Guatemala, it is being planned for two more week long coaching courses this year of 2016. It is recommended that theoretical and practical courses/seminars continue on a regular basis for fencing athletes and coaches. FIE is also planning on providing a coaches scholarship for a recognized talented coach. Pictures were taken during the fencing course, which are included for your education and pleasure.