Moscow, 14 July 2015 – The Opening Ceremony of the World Fencing Championships 2015 was held in the Moscow Olympic stadium Olympiyskiy. Spectators and distinguished guests attended the first medal events in women’s and men’s sabre, which immediately followed the spectacular Opening Ceremony. The President of the International Fencing Federation (FIE), Alisher Usmanov, gave a warm welcome to the guests, sponsors, spectators, international and local media. In addition, he expressed his satisfaction at the high level of organisation. The FIE President mentioned in his Opening Ceremony speech:

‘’A lot of work has gone into staging the 2015 World Championships and I am sure that it will be a success. I would like to express my sincere thanks to the Ministry of Sport of the Russian Federation, the Moscow city authorities and the Russian Fencing Federation for their substantial contribution to the organisation of this sporting event. ‘’

Earlier in the day, the official opening press conference for the World Fencing Championships took place, just before the Opening Ceremony. The FIE President, Alisher Usmanov, as well as the President of the Russian Fencing Federation Alexander MIKHAILOV, answered the journalists and addressed their messages regarding the development of fencing. Mr. Alisher Usmanov, highlighted the importance of these Championships for the Olympic Games in Rio as well as the important improvements that fencing had the last years.

‘’The FIE has to provide the best conditions for all the fencers during Rio 2016. We expect that those countries from Latin America and Africa got on the podium in London strengthen their position. We also want to broader as much as possible the participation in terms of universality. ‘’

‘’Over the last few years we have increased the amount of TV coverage of fencing events through our cooperation with Eurosport. The FIE is looking into modernizing fencing equipment and fencing apparel. We are looking forward to a bright future in fencing. ‘’ 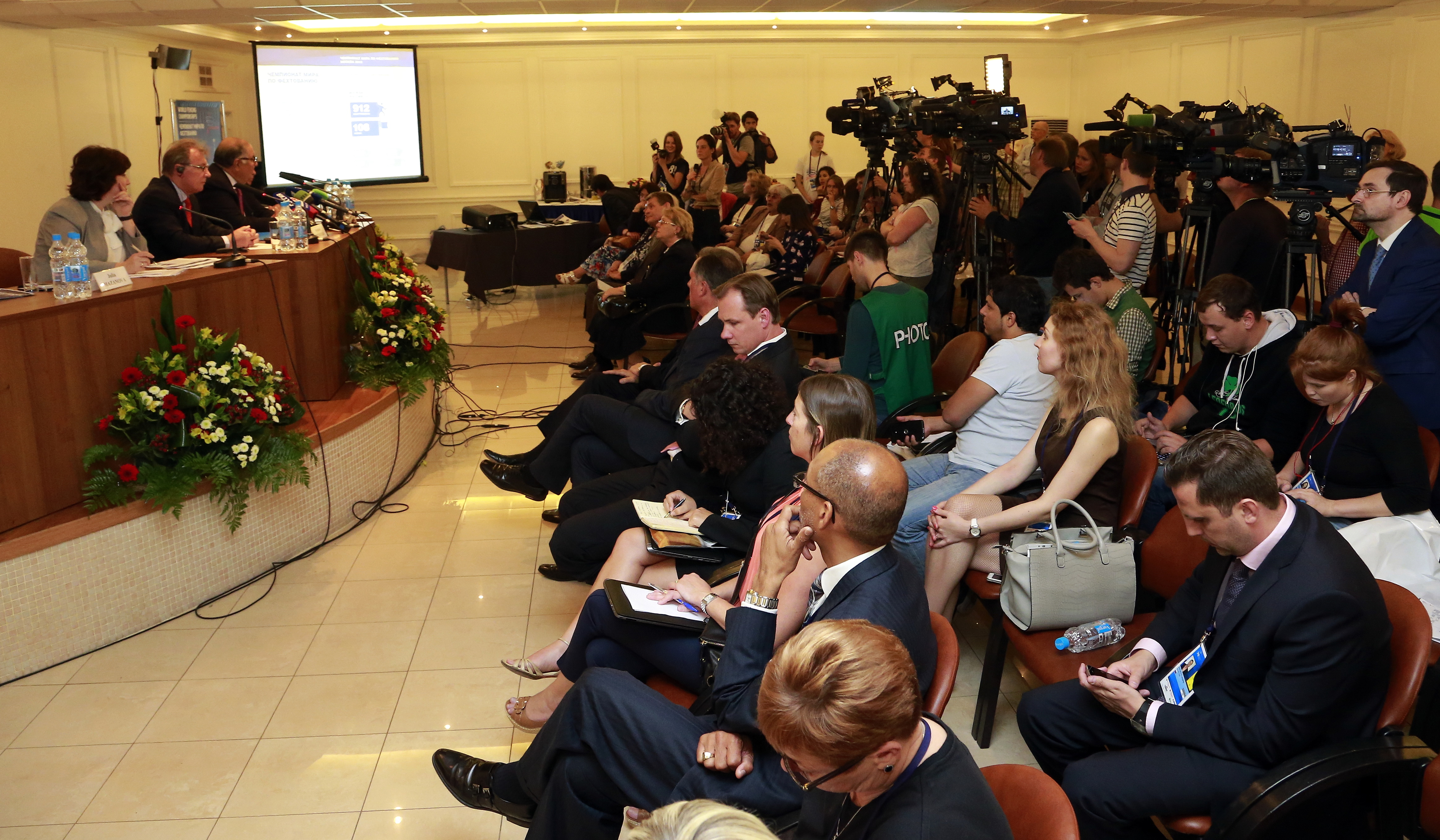