Kong Man Wai Vivian sees losing and winning as the yin and yang of her success as an athlete.

“As an athlete, I constantly fail to eventually build up the wins,” Kong told Tokyo 2020.

Kong knows too well about the highs and the lows of being an elite fencer.

She attained world no 1 ranking earlier last year after clinching two gold medals at the World Cup series in Havana and Barcelona, followed by bronze at the World Championships in Budapest - a historic first for a fencer from Hong Kong.

However, it was a bittersweet victory because Kong had to abandon the team event after she tore her anterior cruciate ligament (ACL) on her right knee and had to fly back to home for surgery. This affected her performance in the last of the World Cup series in Estonia, which saw her ranking dip to no 7.

Despite dropping down the FIE rankings, Kong remains upbeat and optimistic, accepting that this is all part of her journey.

“I’m very grateful for all the ups and downs so far as an athlete.”

“I’m always sad when I lose but I try to recover as quickly as possible and get back to training.”

Kong, a left-handed epeeist, credits her two injuries as part of the reason why she views rankings differently.

“Tearing my ACL in 2017 meant that I had to work extra hard to get back to what I took for granted all those injury-free years."

"The injury helped me appreciate fencing and be grateful just to be able to fence again. It also gave me the motivation to train really hard and hopefully win. The second ACL [in 2019] helped me put rankings into perspective."

Kong is the leading fencer from Hong Kong, China, and is the first-ever athlete to reach world no 1 - a feat she still can't believe.

"It took me a while to believe that it’s real. I’ve always looked up to high ranking fencers and felt I was so far from them. But I think this achievement is a great way to thank everyone who’s helped me along the way and hopefully inspire more kids in Hong Kong to try fencing."

While she cherishes occupying the top pole position at one point in her career, she admits bowing down to pressure. After a time of reflection, she now found her balance and values what’s important.

“Earlier that year, I was really close to [being] ranked 1, and was briefly ranked 1 for a while and it felt a little overwhelming," she said.

"The media in Hong Kong were excited and closely reported my ranking fluctuations. I went through this identity crisis thing thinking that I didn’t deserve the ranking and that I was not doing enough or fencing well enough to be ranked so high.

"I became more afraid of losing and almost felt like I wasn’t allowed to lose but the second injury reminded me to focus on what’s important. Now, I just want to be healthy and 100 per cent so that I can fence my best.”

While rankings are now a second priority, Kong is now on her quest to compete at the Olympic Games Tokyo 2020 and is doing all she can to prepare for it. In fact, her period of recuperation and previous competitions are all geared towards next year's Games.

“Surgery after the World Championship meant that I was on a tight schedule for recovery and the goal has shifted to being 100 per cent by the time I compete in the Olympics."

"I am having lots of rehab and it was the [first time] I treated World Cups and Grand Prix as part of the rehab process to learn to trust the knees again.

“I’m still working on my knee. 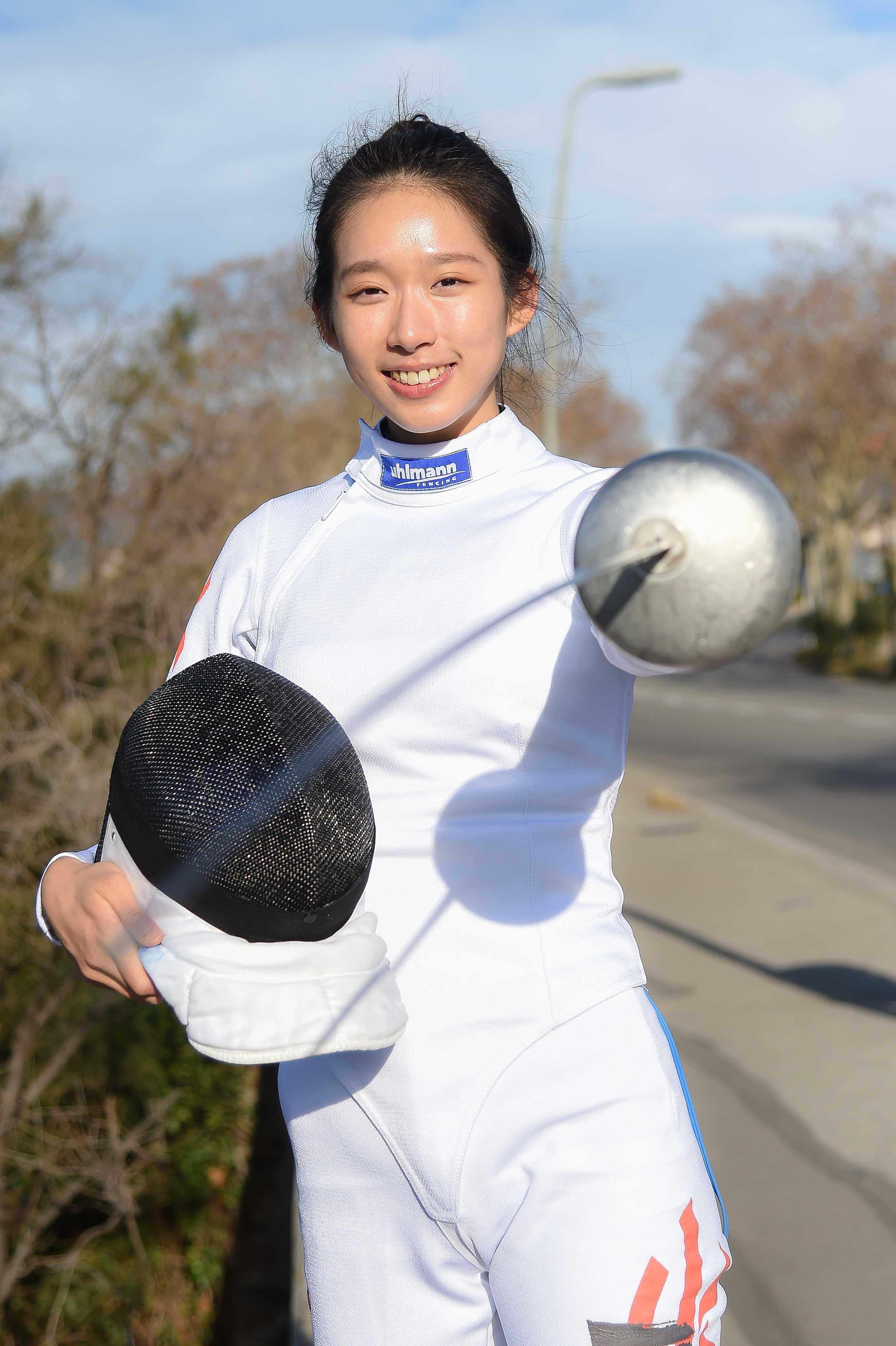 "Right now, I’m almost nine months post-op but rehab never ends. I need to work on my balance and hamstrings to protect the knees better. The mental part of rehab is also difficult because I have to learn to trust my knees again.”

She is now using her experience from Rio 2016 to give her that extra boost of motivation.

“I didn’t know what to expect going into Rio 2016 because for the longest time the only goal was to qualify. I was disappointed in myself for being content on qualifying."

"The experience inspired me to really push myself going into Tokyo 2020."

Asked why the Olympics is her goal, she says: “It’s important to me because of the Olympic values it represents. It is so meaningful to be able to represent my home and take part in a celebration of ideals and universal values".

Apart from Rio 2016, she gets inspiration from her family and friends who have been there along the way.

“I would not be able to keep going if it weren’t for them. They’ve been with me the entire time and watched me evolve as a person.”

“Long before I had any major wins they’d still believe in me and tell me that I’m their champion no matter what. They are there for me for the wins and the losses, especially when I need them the most during the losses.”

Now Kong is keeping herself grounded by combining her rehab sessions with cross-training and yoga - which had always been part of her training regime.

“Yoga is great because I love how it combines both physical and mental training as an active form of meditation to help me warm-up and focus.”

With the pandemic situation happening around the world, Kong says this is also a time for reflection.

“This pandemic has helped me put priorities and goals into perspective. It has forced us to slow down and re-evaluate what matters most. It’s so easy to become self-absorbed as an athlete training full-time because everyone around you is helping you achieve your dreams and goals.”

"When they announced the Olympics’ postponement, I received so many messages that day, checking in on me and asking if I was okay. I felt bad because there are way more important things going on in the world and they were worried my feelings would get hurt because of the postponement."

"The Olympic celebrates peace and universal values which can’t possibly be appropriate while a pandemic is going on. This has also given me the chance to reflect what it means to be an athlete, our role and what we can offer during these crazy times.”