Zagunis faced Hungary’s Liza Pusztai in the final of the women’s individual sabre event, winning with a 15-6 score. Pusztai beat Greece’s Theodora Gkountoura in the semifinal round, 15-9, while Zagunis overcame Japan’s Misaki Emura, 15-8. Emura defeated Russian world champion Sofia Pozdniakova in the quarterfinals, 15-13, and Pozdniakova beat teammate and Olympic champion Yana Egorian in the table of 16, 15-12. 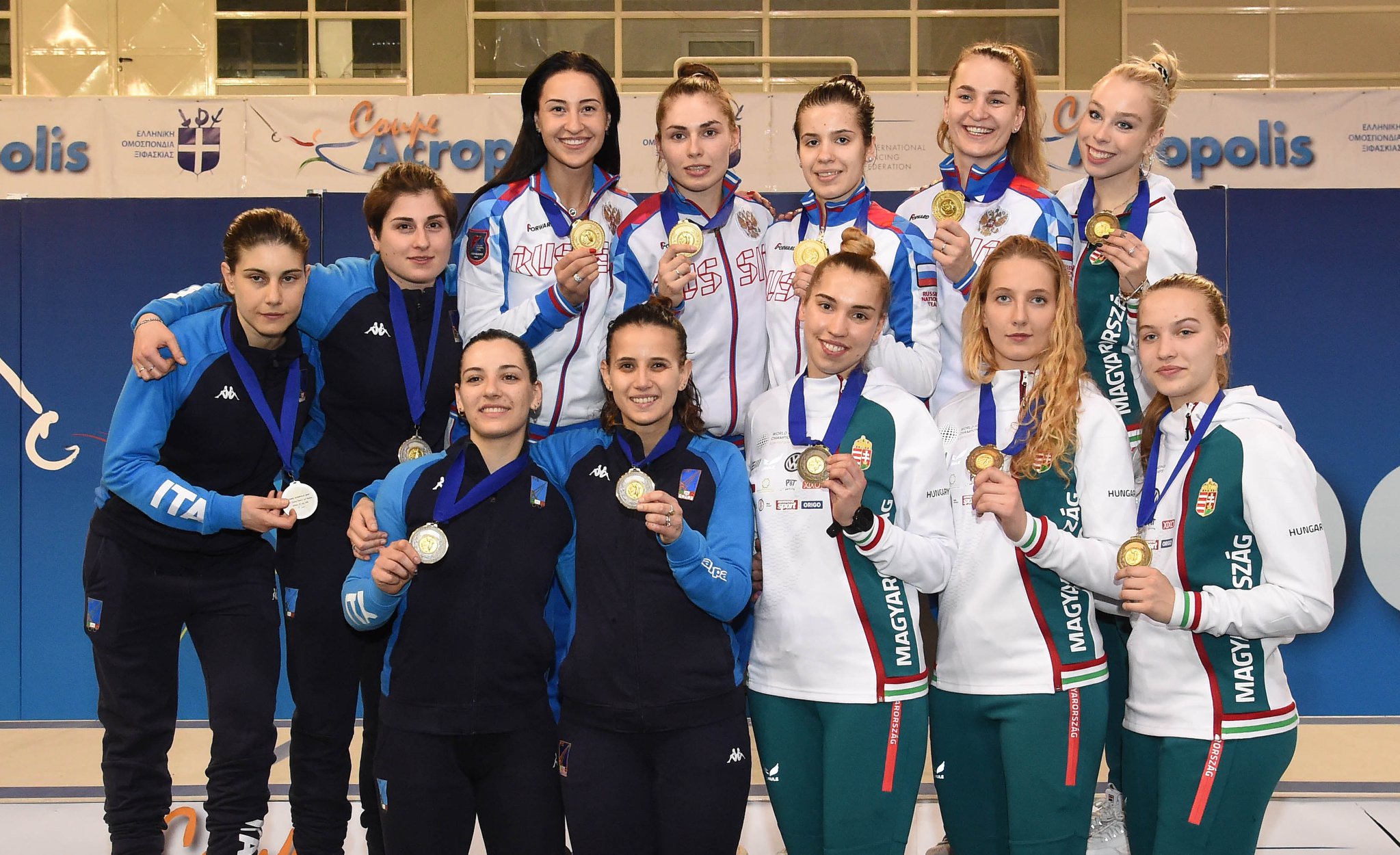 Russia defeated Italy in the final match of the women’s team sabre event, 45-35. Italy beat Poland in the semifinal round, 45-31, and Russia narrowly beat Hungary, 45-44. It was Hungary that took the bronze medal against Poland, 45-36.