DUSSELDORF, Germany, June 22, 2019—Geman men’s sabre and Polish women’s epee teams scored victories on the final day of the 2019 European Fencing Championships in Dusseldorf. On this last of six days of individual and team competition, 29 teams from throughout Europe participated in the day’s events.

In men’s team sabre, Germany defeated Hungary in the final and gold-medal round, winning with a 45-43 score. Hungary overcame Romania in the semifinal, 45-40, and Germany beat Italy, 45-42. The bronze medal went to Italy over Romania, 45-35. 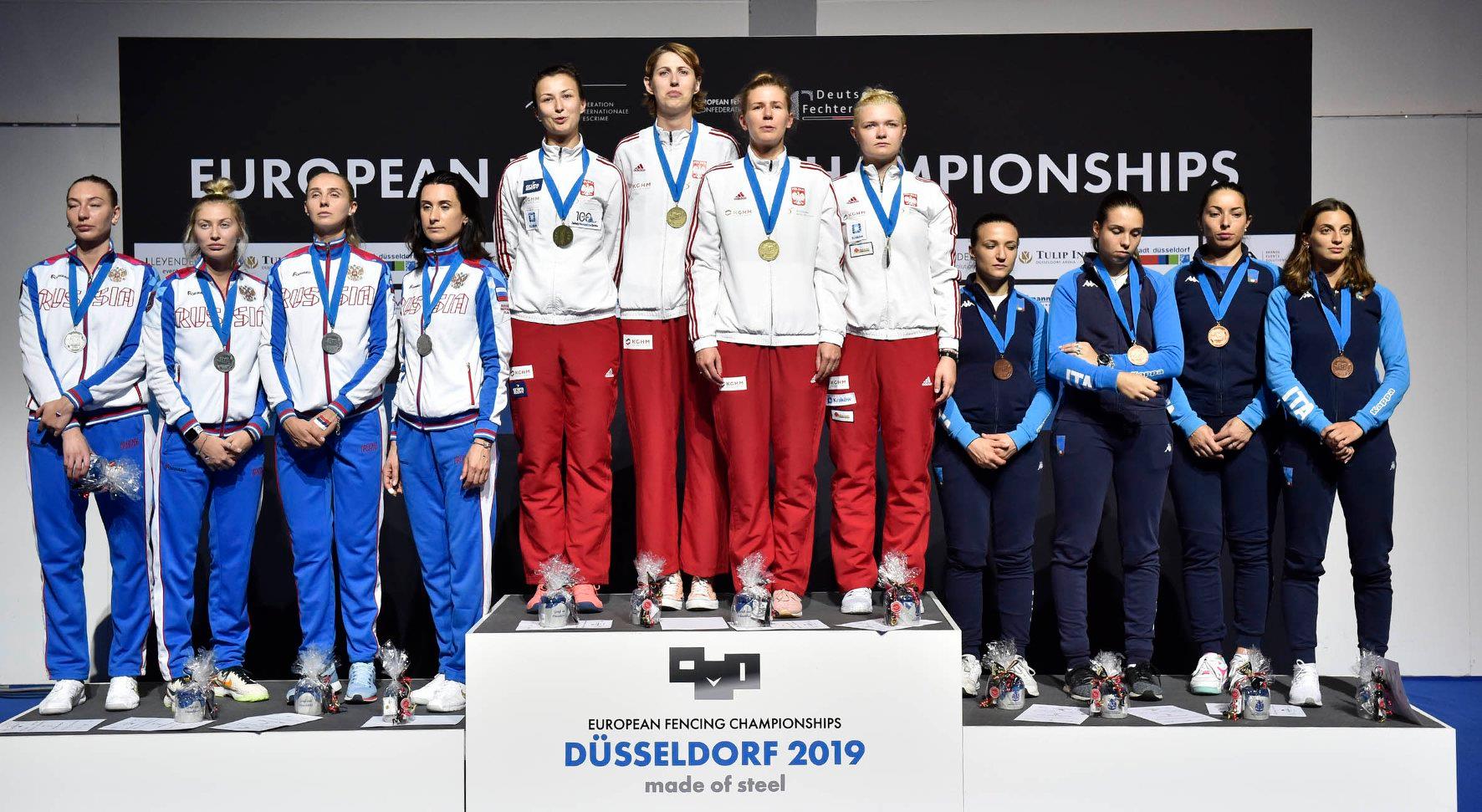 Poland narrowly defeated Russia in the final of women’s team epee, winning gold with a 26-25 score. Russia also had a close win against Italy in the semifinal, 36-35, while Poland defeated France, 45-37. Winning with a 45-38 score, Italy took the bronze medal against France.

Complete and official FIE results may be found here.