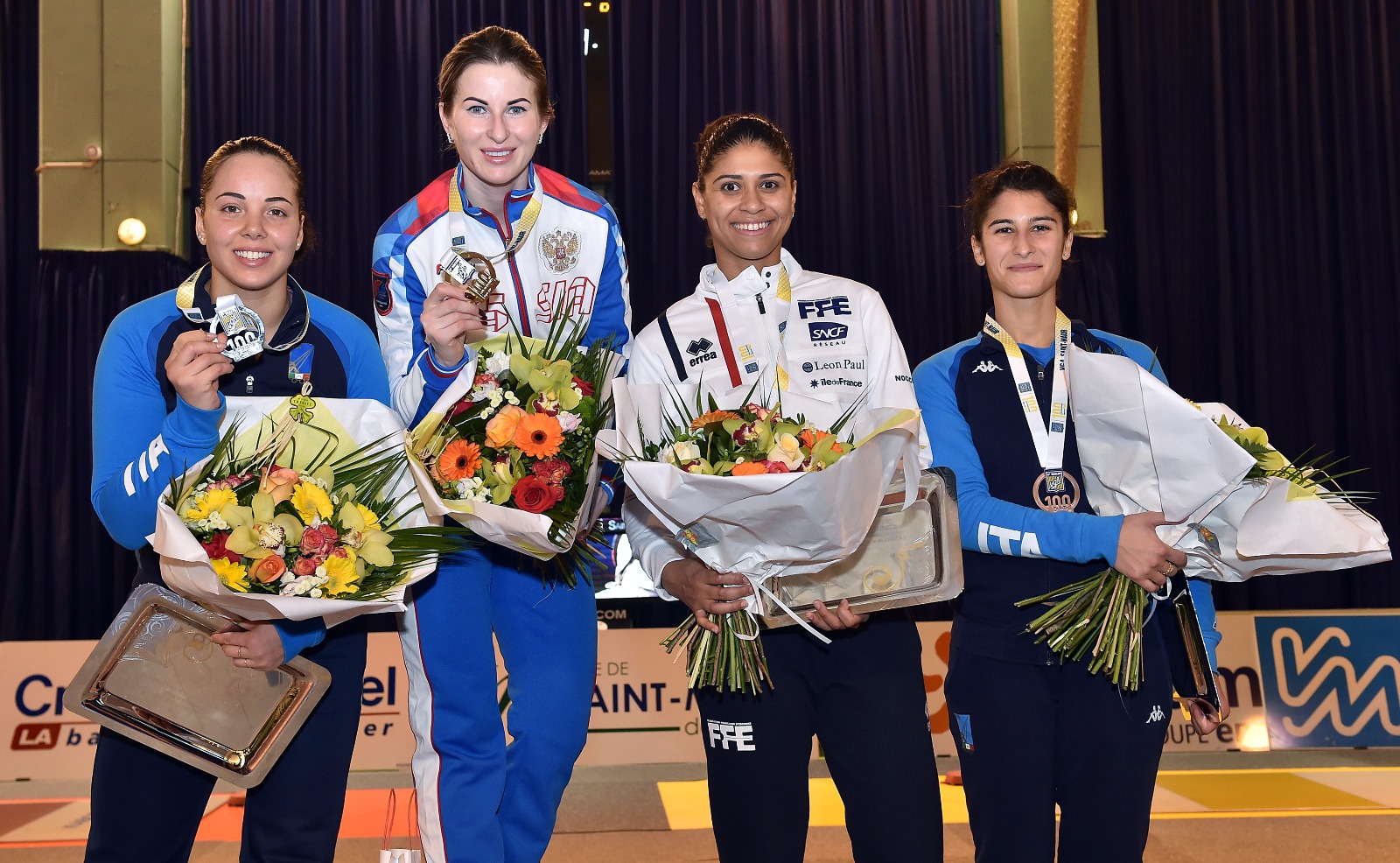 Deriglazova faced Italian world champion Alice Volpi in the final round of the individual event, winning with a 15-12 score. Volpi overcame teammate Francesca Palumbo in the semi-final, 15-11, and Deriglazova beat France’s Ysaora Thibus, 15-12. 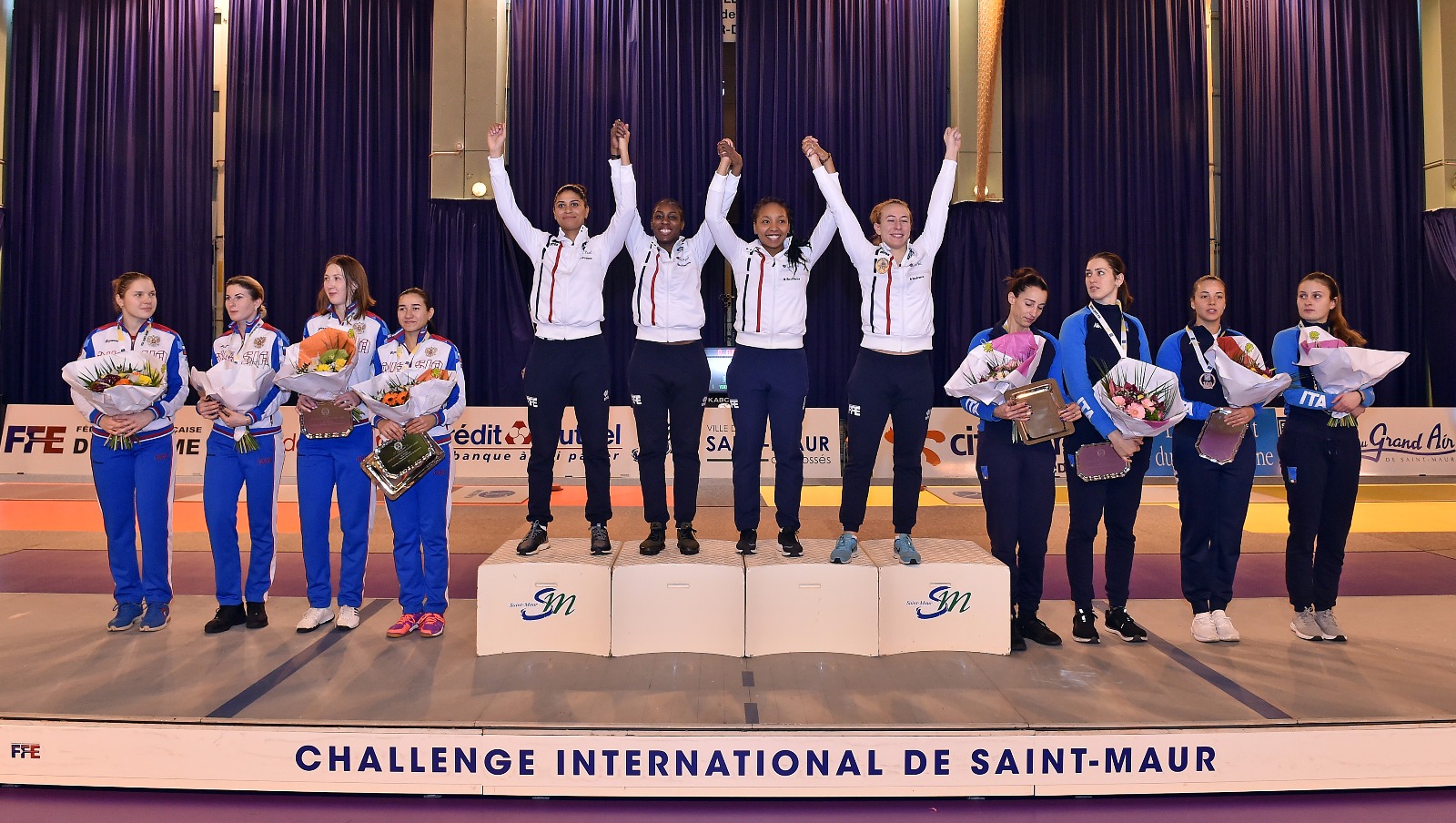 In women’s team foil, France and Russia faced-off in the final round, with France taking the gold, 41-39. Russia defeated Italy in the semi-final, 45-38, while France edged-out USA by a single point, 45-44. Italy prevailed in the bronze round, defeating USA, 45-37.