KATOWICE, Poland, January 13, 2019—Russia’s two-time world champion and Olympic gold medallist Inna Deriglazova has earned the gold medal at the Katowice Women’s Foil World Cup. About 200 women’s foilists from around the world competed in the individual competition and France took the team gold title, with 20 countries participating in the team event. The competition was held at the Spodek Hall in Katowice. 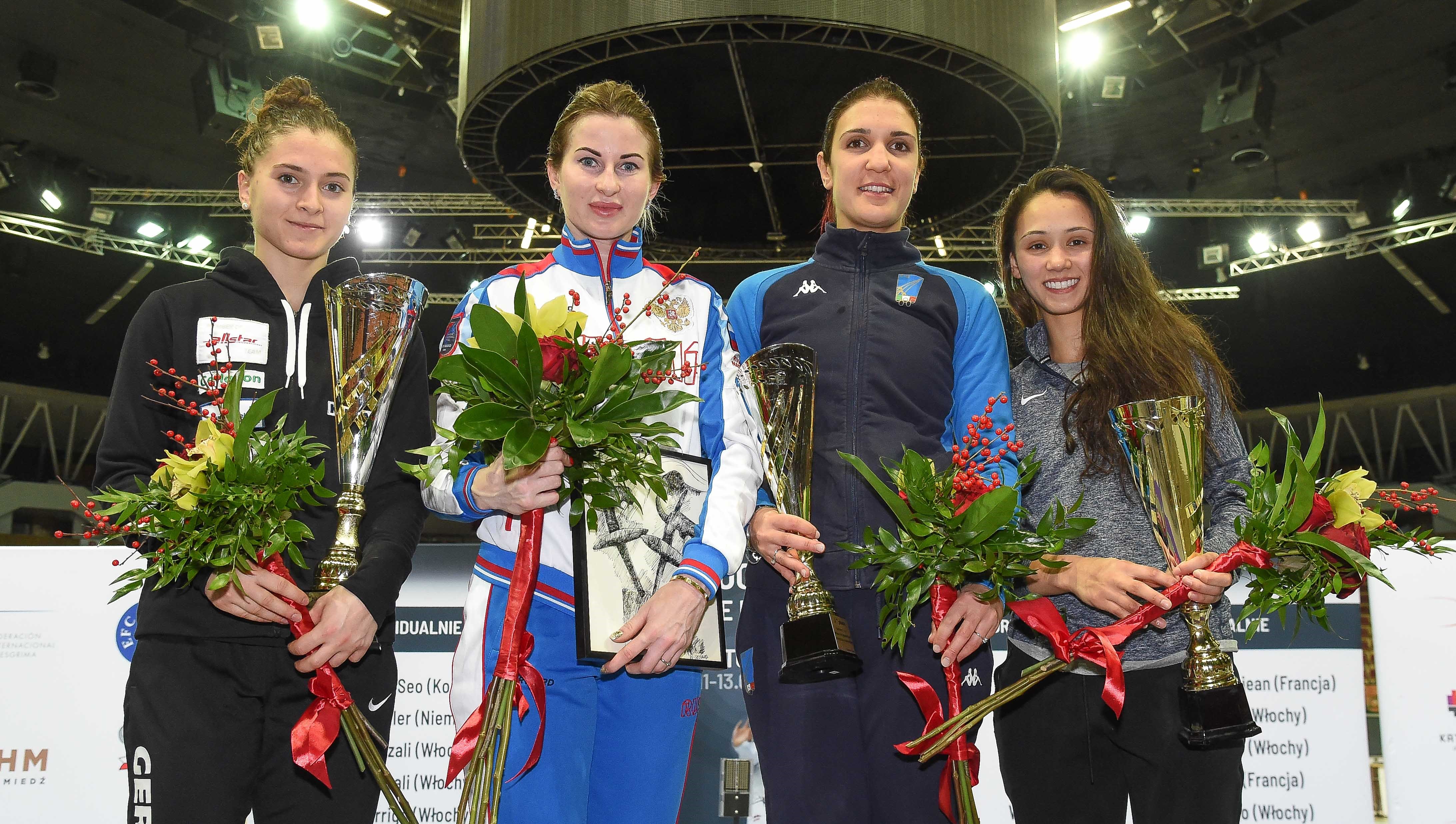