KABUL, Afghanistan, Sept. 8 2018—World Fencing Day was recognized and celebrated by the Afghanistan National Fencing Federation in Kabul, to spread awareness and promotion throughout the country. Two groups of fencers, male and female, from the Afghanistan national fencing team reached out to people to demonstrate and introduce fencing to the community.

The national team women fencers visited one of the most famous girls’ school in Kabul, explaining fencing to secondary and high school students, giving out t-shirts and other branded fencing keepsakes, and giving demonstrations of fencing bouts.

The men’s team demonstrated fencing at one of the region’s most-famous amusement parks in Kabul City, where they could reach large numbers of interested and enthusiastic youth with demonstrations. They also gave out shirts and other branded fencing items to fans.

Kite-flying has a deep history and tradition in Afghanistan, and a highlight of the country’s recognition of World Fencing Day was distributing kites branded with the World Fencing Day logo. Children were flying the kites high above the city for all to see, which was a fun attraction for the entire community. 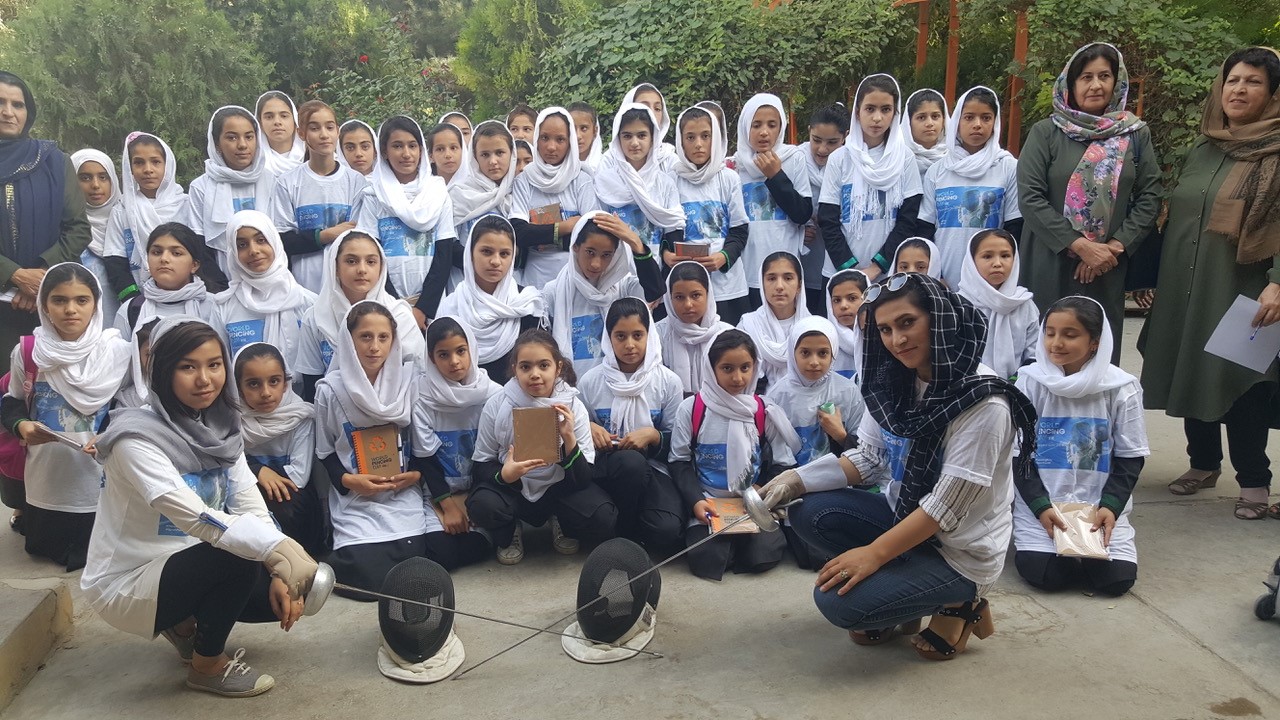 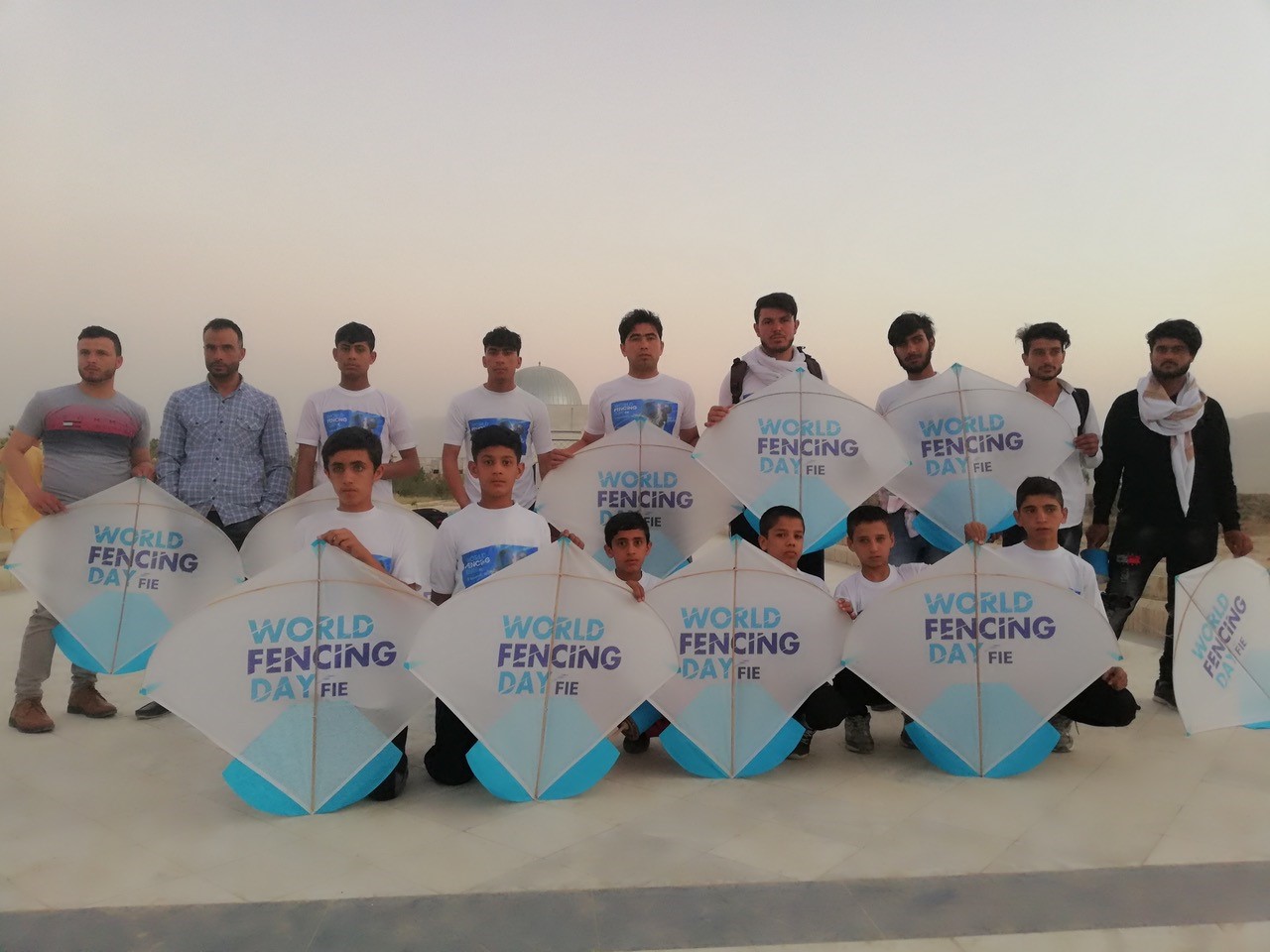 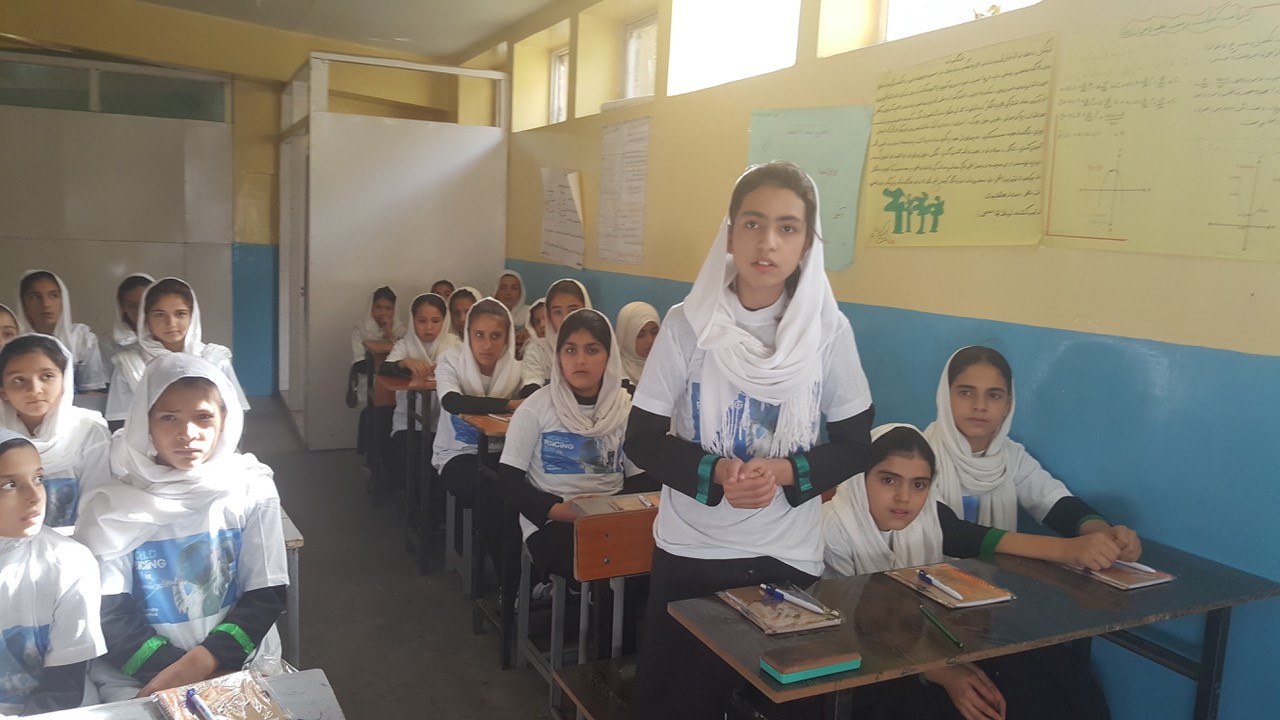