ST. PETERSBURG, Russia, May 24, 2018—Russian and French women’s fencing teams held a friendly sabre match as part of the sports program of the St. Petersburg International Economic Forum. Both teams included the strongest female sabre fencers of their respective countries.

Russian and French athletes have been part of the world women’s fencing elite since the beginning of competitive world fencing.

The match took place in the Marble Hall of the Russian Museum of Ethnography, and was attended by several notable Russian and French VIPs:

The audience enjoyed top performances from both teams, who managed to impressively control both their weapons and emotions, though in fencing the latter is always a more difficult task. While the match was friendly, each athlete nonetheless tried to do her best for her team. The Russian team narrowly won by a single point, 45-44.

After the competition, President Usmanov shared his impressions: “We thoroughly enjoyed today’s match. The fencers were brilliant – they demonstrated perfect technique and good speed. I hope such matches will develop into a tradition, which will strengthen the friendship between our countries’ sports federations.”

The day after the event, both teams visited the exhibition halls of the International Economic Forum and were introduced to French President Emmanuel Macron and Russian President Vladimir Putin.

Another meeting of the French and Russian teams is expected to take place this November in Paris as part of the International Fencing Federation Congress. 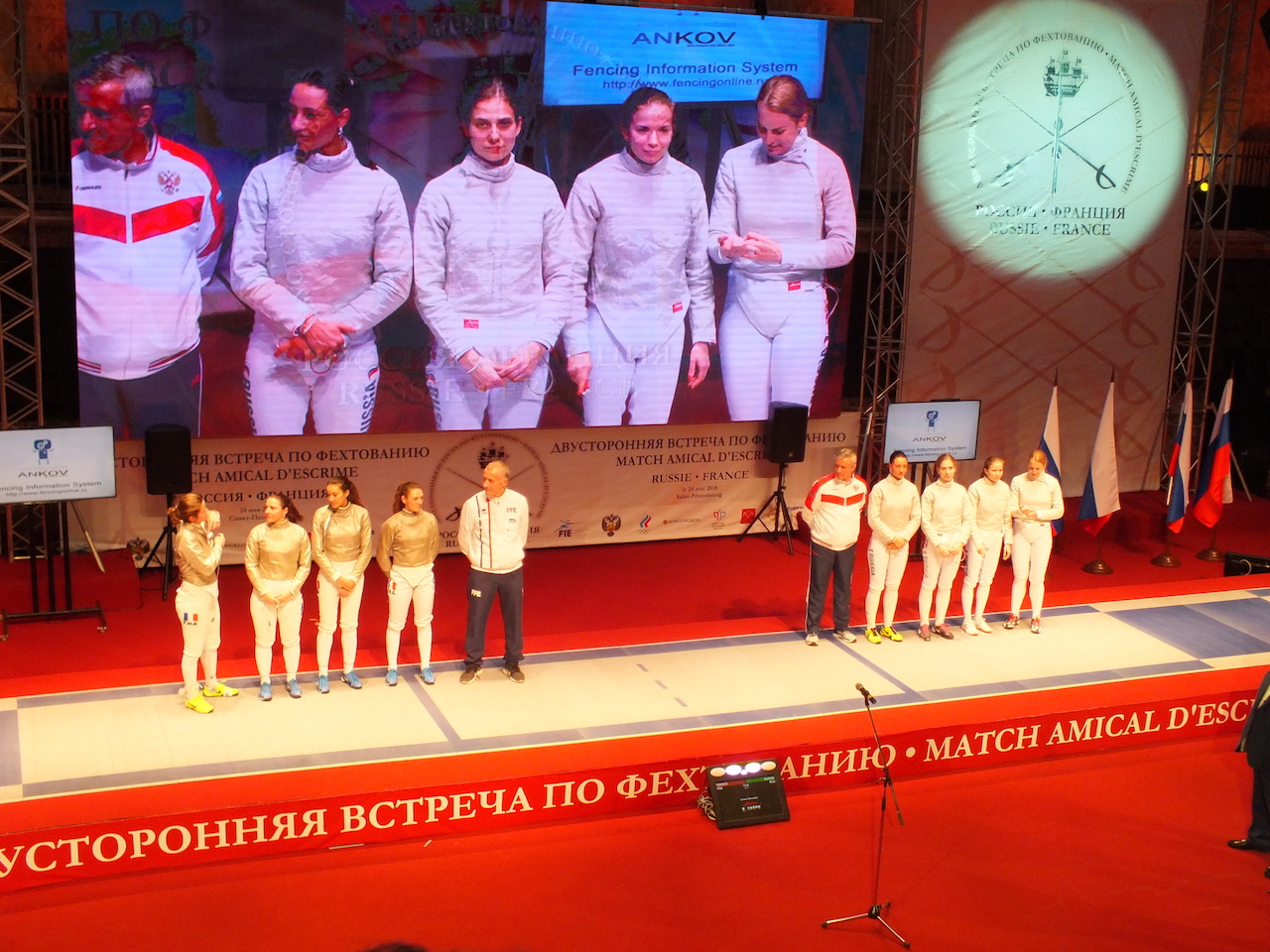 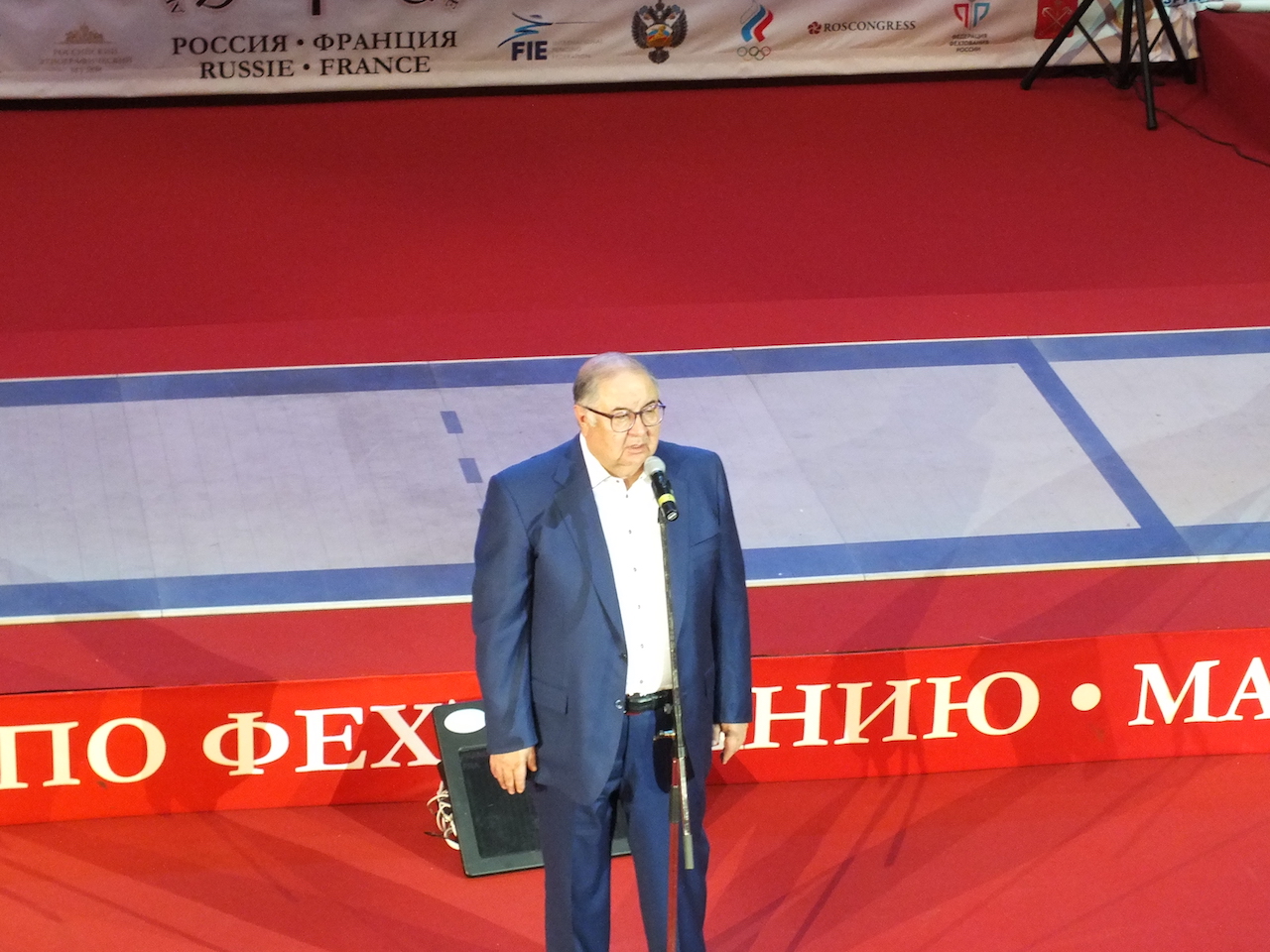 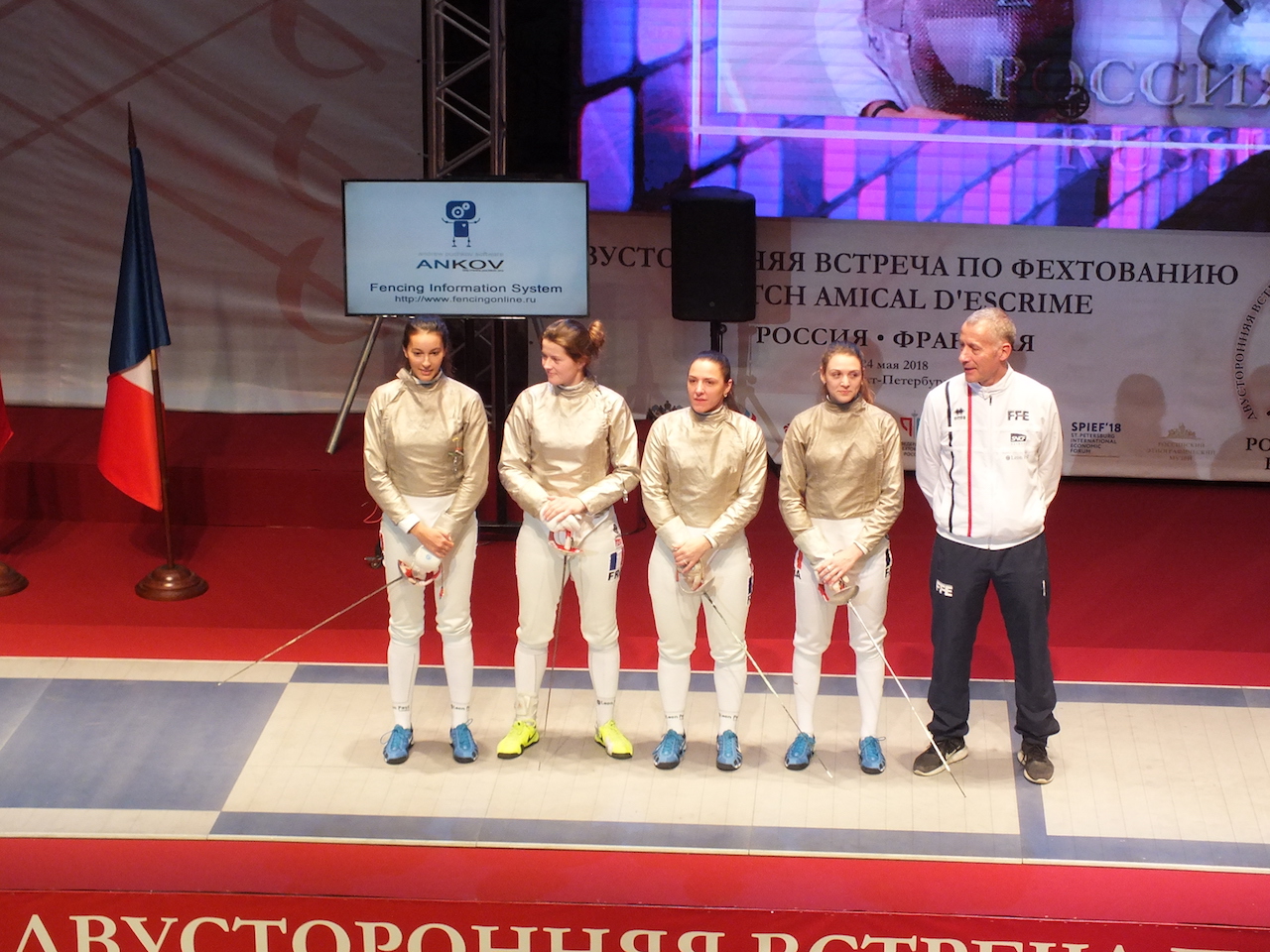 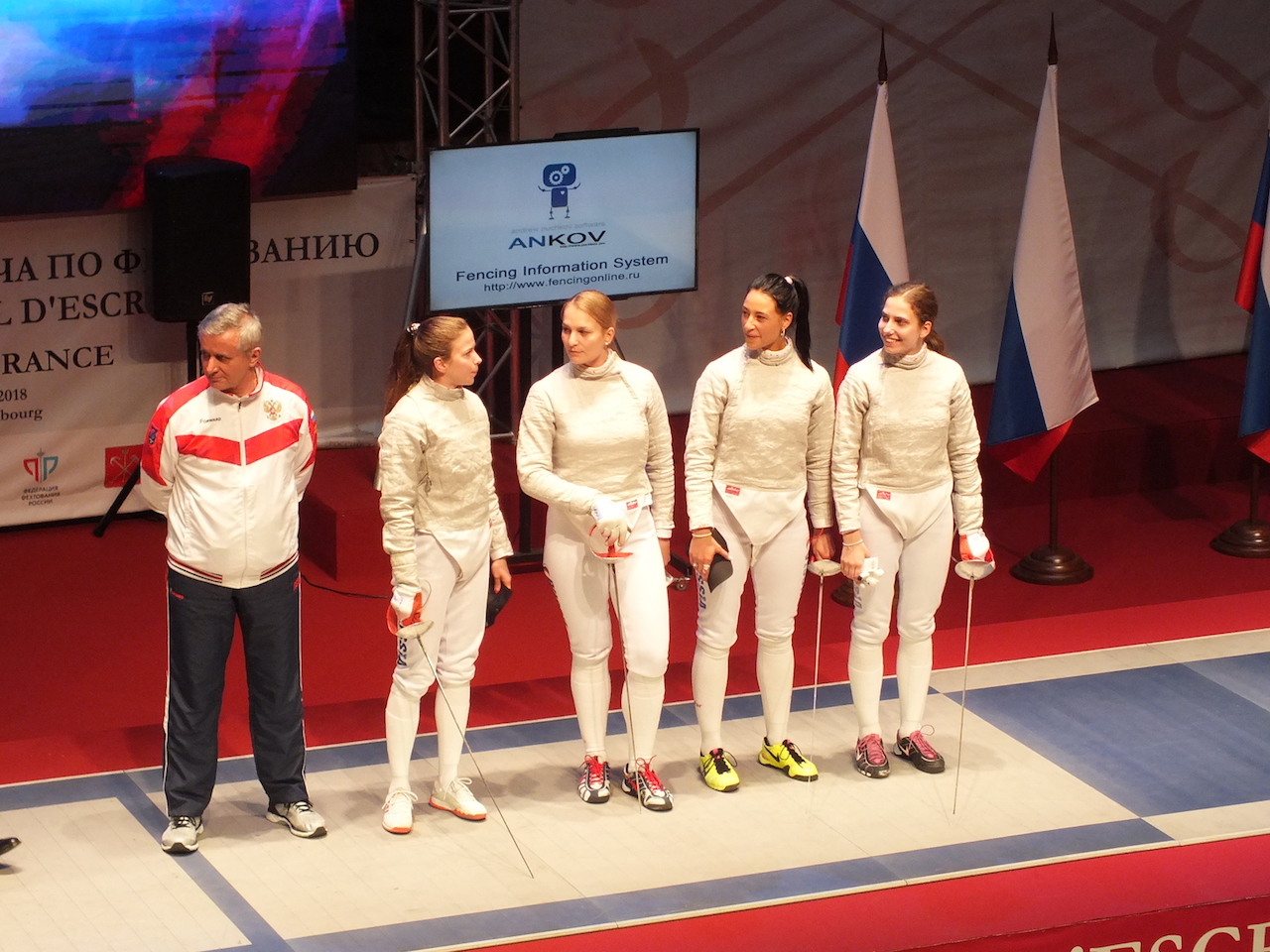