In 2017, the Brazilian Fencing Confederation responded to an FIE invitation to present solidarity projects as beneficiaries of the Donate Your Fencing Gear program, submitting a project called Paraisópolis Musketeers, or Mosqueteiros de Paraisópolis. This project was already known by the FIE; a few months before the Rio 2016 Olympic Games, the FIE, as part of promoting fencing in Brazil, gave visibility to the activity through the following video:

Now, about a year later, what was the impact of the donation on the community?

Paraisópolis is the second biggest ‘favela’ in São Paulo and the fifth largest in Brazil. More than 100,000 people live in this community, which lacks a decent infrastructure including such necessities as an official electrical network and a sewage system. In this environment, providing complimentary activities to children is essential, as it is one of the few or even only opportunities they may have to experience culture and sports. Consequently, and in follow-up to the FIE-sponsored introduction to fencing last year, a group of fencers came up with the idea of offering classes to the kids of Paraisópolis as a free activity.

Besides drawing the children and teenagers away from the streets, the main goals of the project are to develop their physical, cognitive and social qualities through fencing. The Association of Brazilian Fencers (ABE) runs the activity in cooperation with two other local associations, CEU Paraisópolis (public school in the community) and UMPC (Association of Paraisópolis habitants and trade). In addition to students’ social participation, the project intends to [indirectly] include other community members in activities related to the project (such as uniform laundry/sewing and snack preparation). It is estimated that more than 2000 people from the community have had a first contact with fencing since the beginning of the project in 2014.

At the World Championships in Leipzig in 2017, it was clear that many donors were Olympians who wanted to thank Brazil for the intense and enthusiastic experience in Rio de Janeiro one year prior. Aron Szilágyi, who in Rio won his second gold medal in men’s sabre, donated, among other, the jacket he wore when winning his first gold medal in London. The equipment collected in Leipzig earmarked for Brazil was handed over to the Brazilian Fencing Confederation vice president Arno Perillier, who had to solve the problem of bringing back to Brazil several fencing bags stuffed with loads of material.

‘Most of the project children had never seen any official fencing equipment and were amazed with this opportunity during a fencing presentation in January’, said Ana Carolina Pontes, the Mosqueteiros de Paraisópolis project manager. ‘The donated equipment is mainly for electrical training. As the project does not have training machines and reels – we are still looking for a way to afford them – the equipment is mainly used at competitions and fencing presentations. About 50 children among regular and occasional pupils were already reached by the donation.’

Furthermore, Ponte reported, the support given by the FIE helped beyond the equipment donation itself: ‘The inclusion of Mosqueteiros de Paraisópolis into the beneficiaries of Donate your Fencing Gear! increased the credibility of the project and the institution behind it – ABE: a month after the donation, nine children from Paraisópolis travelled to the national championships in Porto Alegre, thanks to a crowdfunding effort organised by ABE. We managed to afford airplane tickets, materials, accommodation, etc. for the children and the teachers. We are convinced the FIE support helped us win credibility from the people who helped to this day.’

Ponte concluded with the promise to keep everyone informed about further project developments and progress: ‘We would like to congratulate this remarkable initiative from the FIE and thank all the people involved for such a beautiful gesture.’ 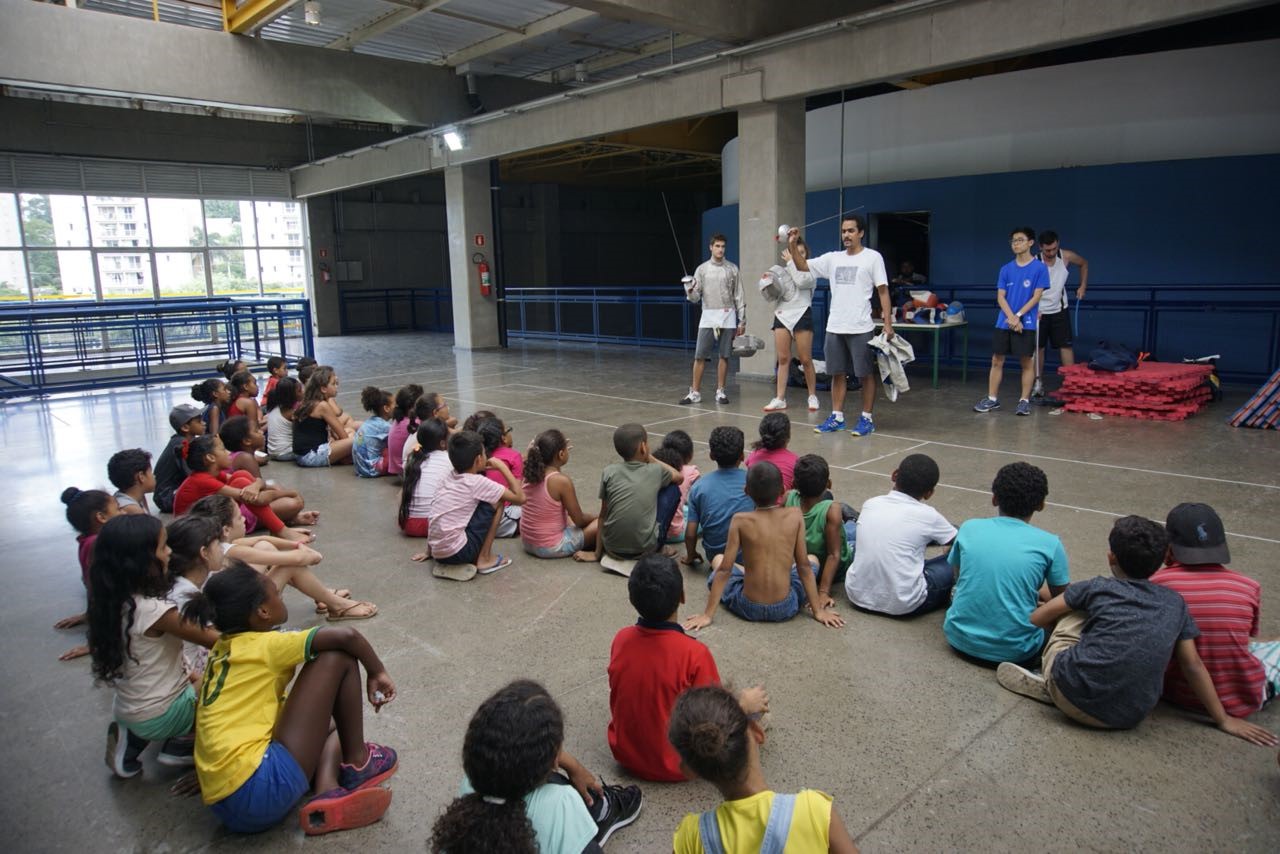