Focusing on the motto ‘Developing our New Federations’, the first edition of Donate Your Fencing Gear 2018 came to an end in Verona.

As for the past editions, the fencers were given the option to choose the program they wanted to support with their donation, which was allocated according to their choice. In six months they willreceive the first report about the progress of the project they adopted.

124 pieces of material were donated by fencers and other individual donors, while the contribution of the two suppliers that joined the program – PBT Fencing and Uhlmann Fencing – amounted to 241, equally distributed among the seven projects beneficiaries:

The FIE owes a special special thank-you to Gamil Elzewftawi, FIE SEMI Commission member, who checked all of the donations one-by-ne, to make sure they were still functional and safe to use.

Bartosz Piasecki, head of delegation for the Norway team, opened the donations in Verona.

Many VIPs of the fencing world contributed to the project, among them Krisztian Kulcsar, president of Hungarian NOC and former FIE sport director and the young superstar from Mexico, Natalia Botello, with a total of five medals at the Junior and Cadet World Championships in the last two years.

Representatives of the FIE Commissions and Councils actively backed the action included the following:

-Yannick Borrel, Olga Kharlan, and Gwladys Sakoa, members of the FIE Athletes Commission, who gathered in Verona on the 7th of April

American Samoa, the latest affiliated federation (provisional membership was granted last February) received a warm welcome to the FIE, being the country attracting more donors. The geographical isolation of Samoa and American Samoa makes it particularly difficult for these archipelagos to acquire equipment, therefore donations of used material play a crucial role in developing fencing on the islands.

A special mention is deserved for two national federations whose actions provided a significant impact to the program:

- The Algerian Fencing Federation provided the necessary logistical support to make sure the equipment collected for Benin reaches Africa, given no representative was able to reach Verona.

- USA Fencing carried out an amazing job in informing and engaging its athletes, prior to the departure for Verona. Many fencers and parents of fencers contacted the FIE well in advance to find out how they could donate. The result was the number of US fencers making donations was significantly higher than that of any other nation. Jenny and Claire Beddingfield, mother and daughter, expressed their enthusiasm for the program and authorised the FIE to share publicly the following e-mail:

We just came back home and want to thank you for such a great program.

Claire collected items from her clubmates at LAIFC (Los Angeles International Fencing Club) in Los Angeles and she was so grateful that she can help other fencers around the world.

She would love to give some to all of these countries, and perhaps divide items if possible.

If not, [give to] any country that you and the FIE believe needs these items most.

The next collection event will take place in Wuxi (CHN) at the the Senior World Fencing Championships in July Let’s keep on developing our federations! 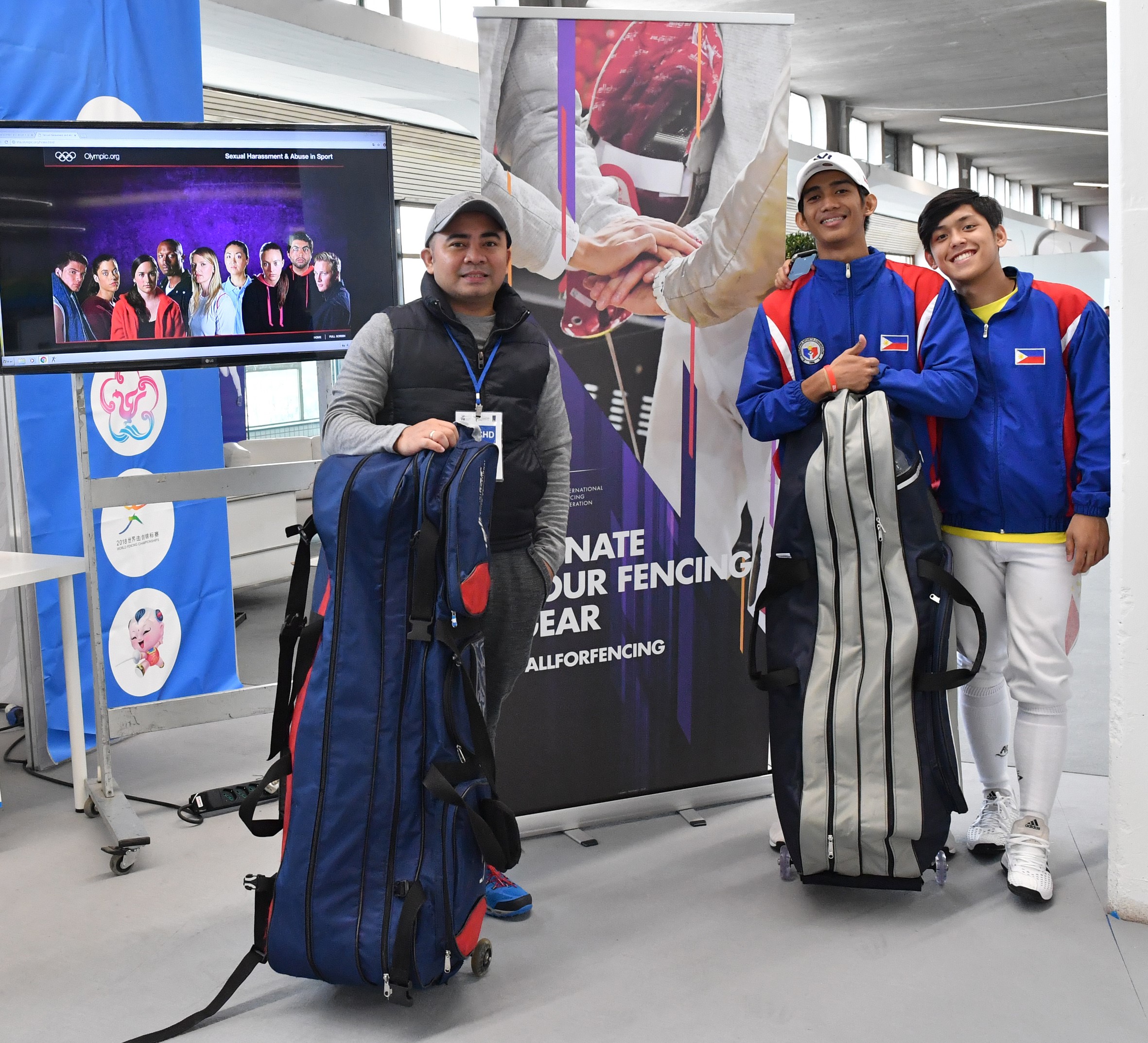 Philippines received the sport equipment from the program 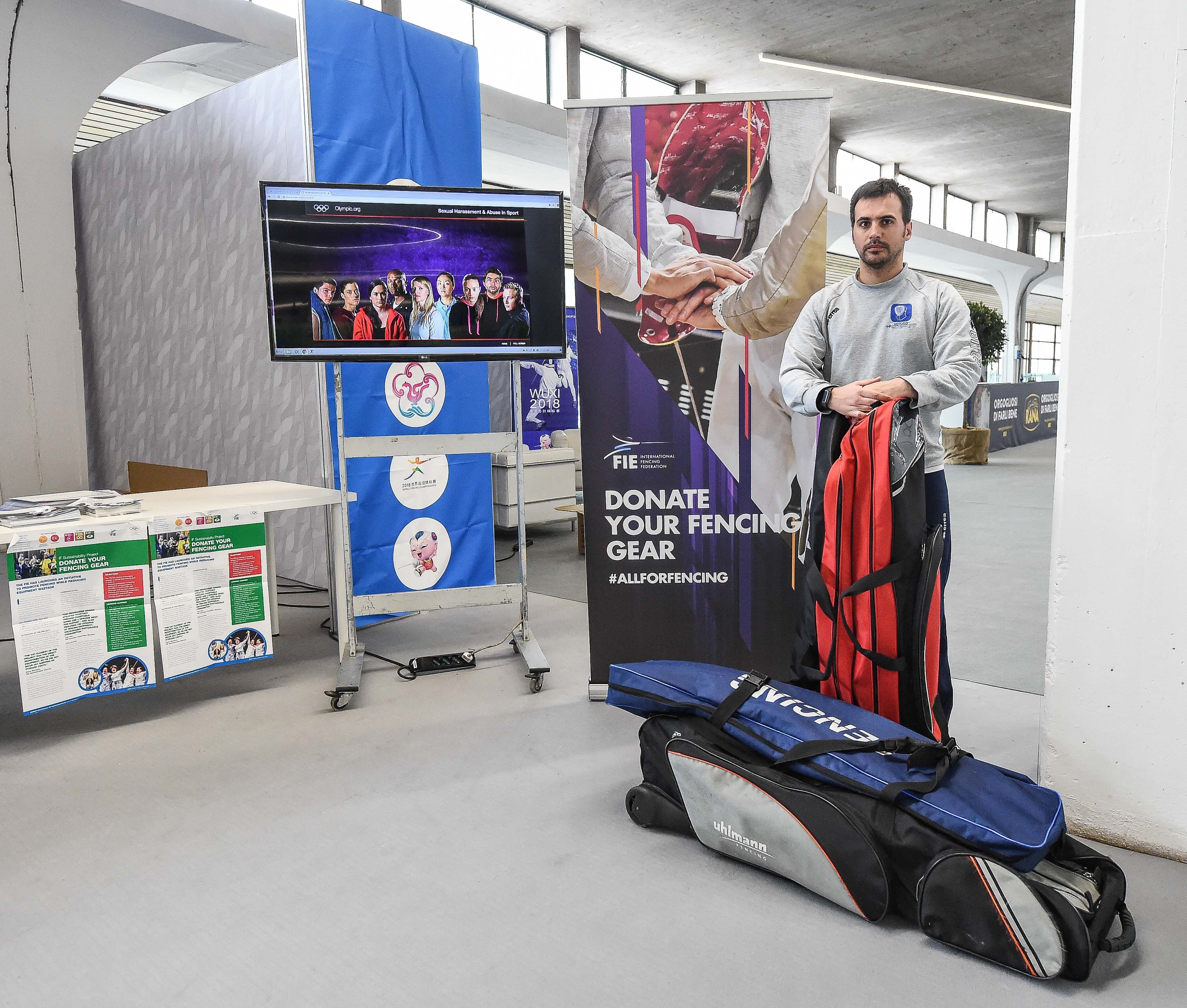 Martin Boretto to deliver the fencing equipment in Paraguay