VERONA, Italy, April 9, 2018—The ninth and final day of competition at the 2018 Junior and Cadet Fencing World Championships in Verona, Italy, featured junior men’s and women’s team foil. There were 26 teams competing in the women’s and 38 in the men’s events, which took place in Verona’s Cattolica Center. 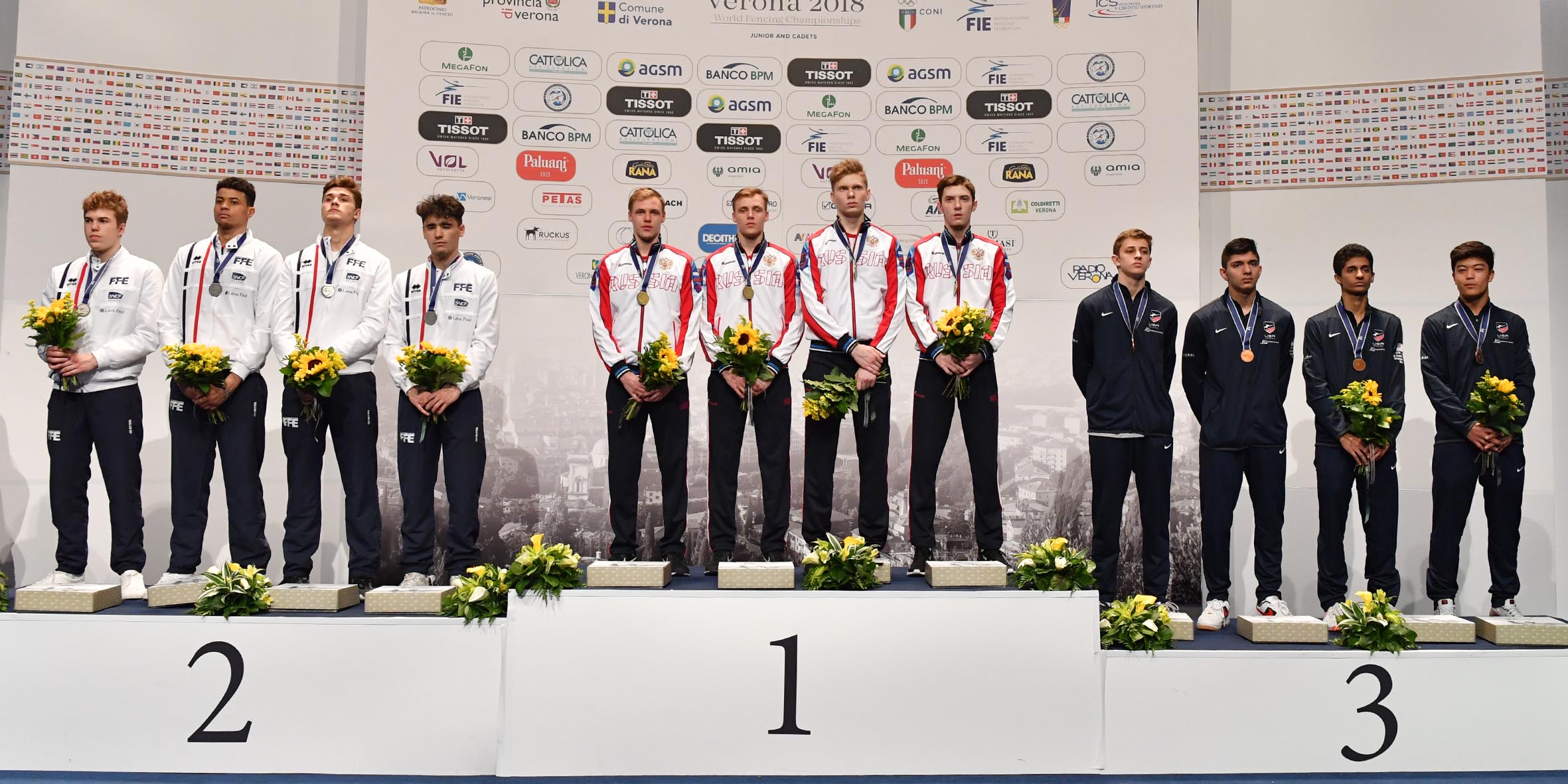 In the junior men’s team foil event, Russia closed the Championships and won gold in the final match, overcoming France with a 45-26 score. The Russians made it into the final by only a single touch, defeating USA in the semi-final, 45-44, while France took out Japan, 45-35. USA earned the bronze medal against Japan, 45-34. 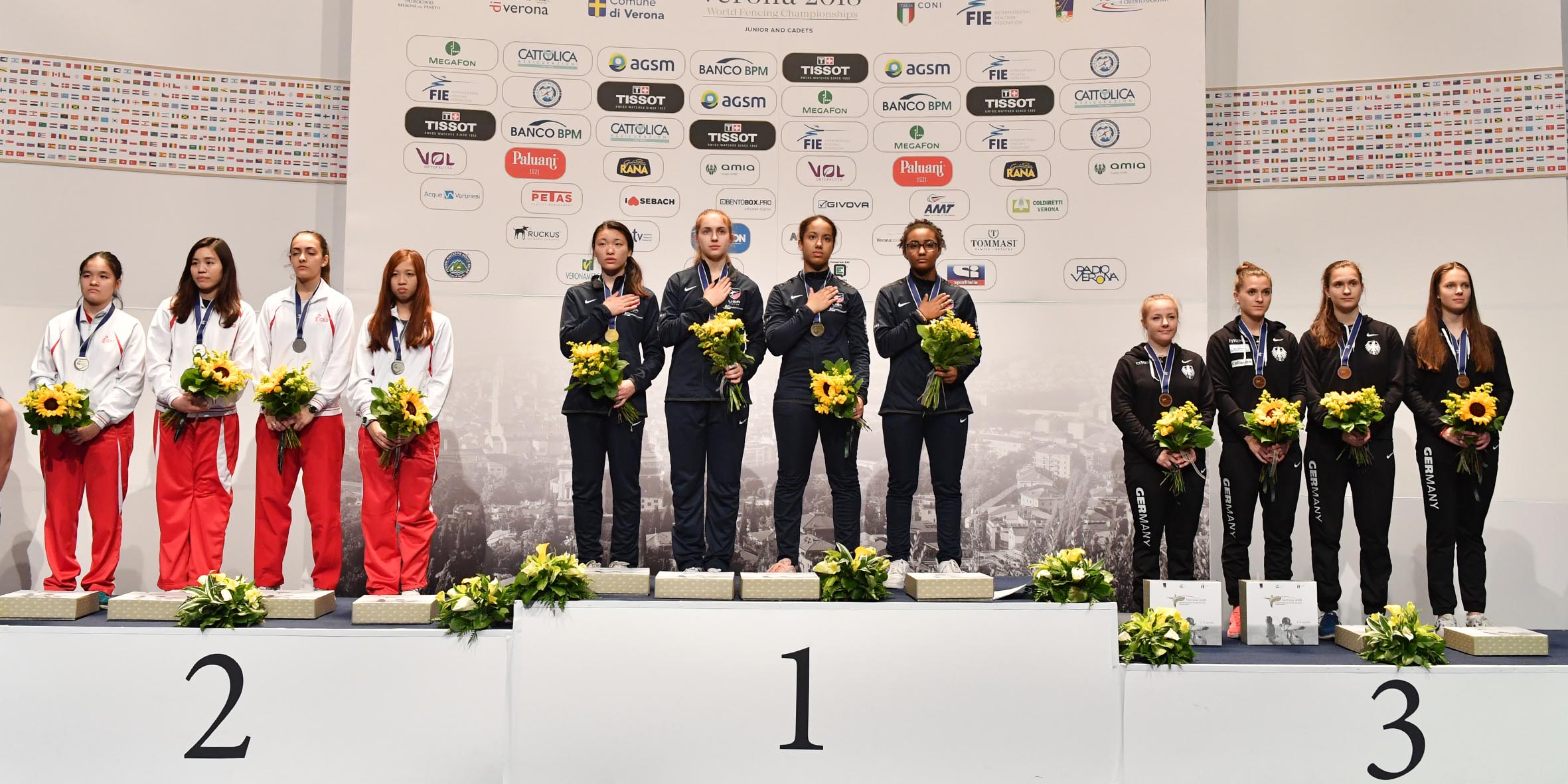 In the junior women’s team foil competition, the gold medal went to USA, who beat the Singapore team in the final match, 45-30. Singapore narrowly overcame Germany in the semi-final, 45-43, and USA defeated Italy, 45-36, in the other semi-final round. Germany took the bronze medal against Italy, 45-42.