One Year of Donate Your Fencing Gear! 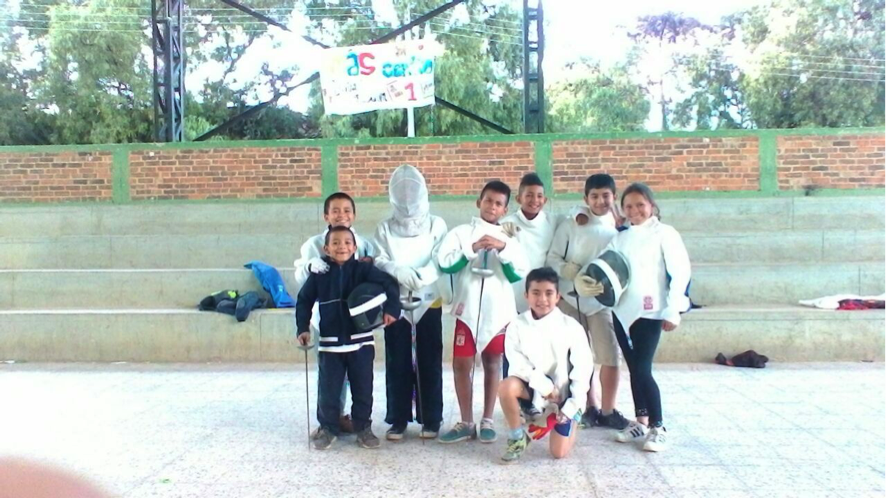 After one year, we are proud to announce the Donate your Fencing Gear! programme is successful: more than 1300 items were collected in three events, including the Leipzig World Championships, Swiss Fencing celebrations during the first World Fencing Day and the Prince Takamado Tokyo Men’s Foil World Cup. Donations were received from fencers and manufacturers, and six federations received equipment for their athletes. The project’s success was first recognized when the FIE received an invitation to present the programme during the IF (International Federation) Forum 2017, with the focus of ‘International Federations Impact: Leading the Way Towards a Sustainable Agenda’.

In 2018, the FIE celebrates its 105th anniversary. On this occasion, the programme will be continued, with a special focus on new and developing federations. The next collection event is scheduled for April, during the 2018 Junior and Cadet Fencing World Championships in Verona, Italy.

While the Donate Your Fencing Gear! 2018 campaign is taking off, a detailed balance and summary is being drawn for the first edition of the program. As agreed beforehand, the beneficiary national fencing federations prepare reports regarding the progress of the projects they submitted in 2017 and how the donated equipment impacted their organizations and fencers.

Pursuing a policy of full transparency, in next several weeks the FIE will share the information received so a public summary will be available for all contributors wishing to know more about the final use of the equipment they donated. The first feedback presented is from the National Federation of Colombia.

‘I believe we are doing miracles with this material, as we are able to reach regions and small villages that have no idea what fencing is’, stated Vladimir Iwanoff, president of the Colombian Fencing Federation (CFF).

The CFF submitted a project introducing fencing in the District of Boyacà, whose capital is Tunja, on the Cordillera of the Andes, about 130 km from Bogotà. Tunja is the final destination of the equipment collected in Leipzig and handed to Coach Juan Miguel Paz, who brought it back to Colombia. From Tunja, the material is transported regularly to two schools, Colegio Nueva Generacion in Sachica, and Institucion Educative Tecnica San Felipe in Cucaita, and then back after the end of the classes. As 2018 kicks-off, three more villages will join the fencing activities: Siachoque, Soraca and Villa de Leyva.

‘This donation generated a positive impact on Boyacà district’, said President Iwanoff. ‘No kid knew what fencing was before the implementation of this project.’

‘During the fencing classes, the kids are taught also a proper behaviour as persons, as the use of weapons implies teaching of values as respect for life and fair play. That contributes to the education at large of a person.’

The Colombian project is run by Heiner Rafael Ortega Mora and Carolina Tapasco Ospida, with the support of the governing bodies of the schools, which allow the free use of their facilities. The main objective now is to make fencing a regular subject during physical education classes at school.

Although the program is not yet fully implemented, the initial estimate – reaching out to more than 100 students – has already been exceeded, and 150 students of primary and secondary schools have been exposed to fencing for the first time in their lives. 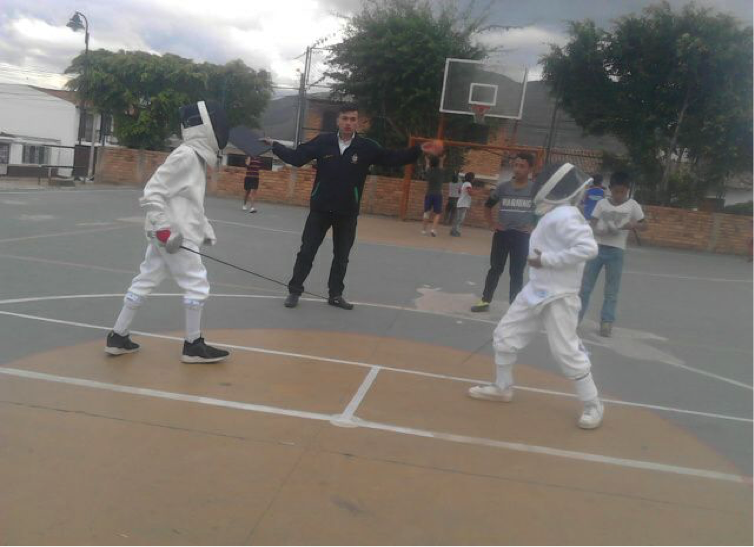 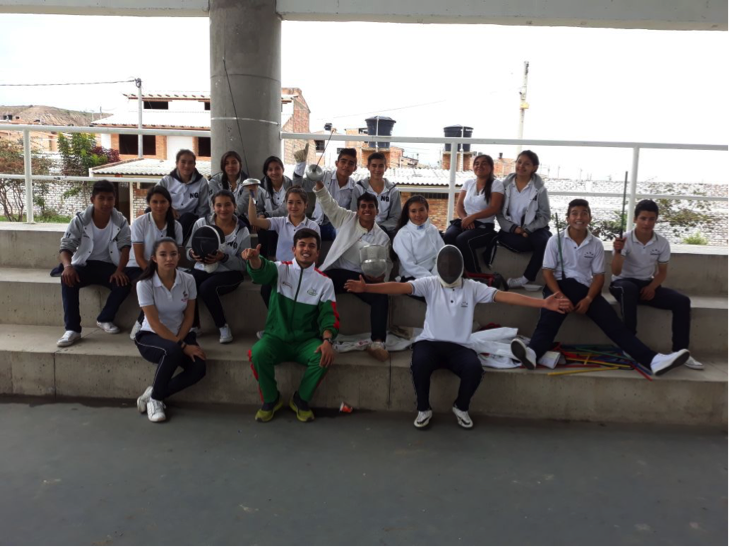