CAIRO, Egypt, June 12, 2017—The 17th Senior African Fencing Championships finished today in Cairo, Egypt after completing 12 events including men’s and women’s team and individual competition in foil, sabre, and epee. The event, which took place at the famous Cairo International Stadium in Nasr City, drew nearly 100 fencers from all parts of Africa as well as country teams from six nations. Overall, Tunisia and Egypt took the most gold medals at the Championships.

Individual Competition. In epee, Ivory Coast’s Gwladys Gbahi Sakoa took the gold over Egypt’s Salwa Gaber, winning by a single touch, 15-14. For the men, Ayman Fayez of Egypt was victorious over Satya Gunput of Mauritius in another close match, 15-13.

For sabre, it was a Tunisian sweep. Tunisia’s Azza Besbes won gold by a wide margin, 15-3, over fellow Tunisian Yosra Ghrairi, in the women’s event. For the men, Tunisia’s Fares Ferjani took the victory over teammate Hichem Smandi, 15-9.

Team Competition. For the epee team competitions, Tunisia prevailed over Egypt, 45-38, with South Africa taking bronze in the women’s event. For the men, Egypt won over Morocco, 45-37, with Senegal taking bronze.

In foil, Egypt scored victory in the final match over Algeria, 45-30, in the women’s event, and also took the gold over Tunisia, 45-37, in the men’s competition. Tunisia took the bronze medal for the women and South Africa for the men.

In sabre, Egypt was again the winner in women’s competition, beating Tunisia, 45-37. The reverse happened for the Tunisian men, who won the final against Egypt, 45-43. Senegal earned bronze for the women and the women’s events.

Final results and details may be found on the FIE Web site, here. 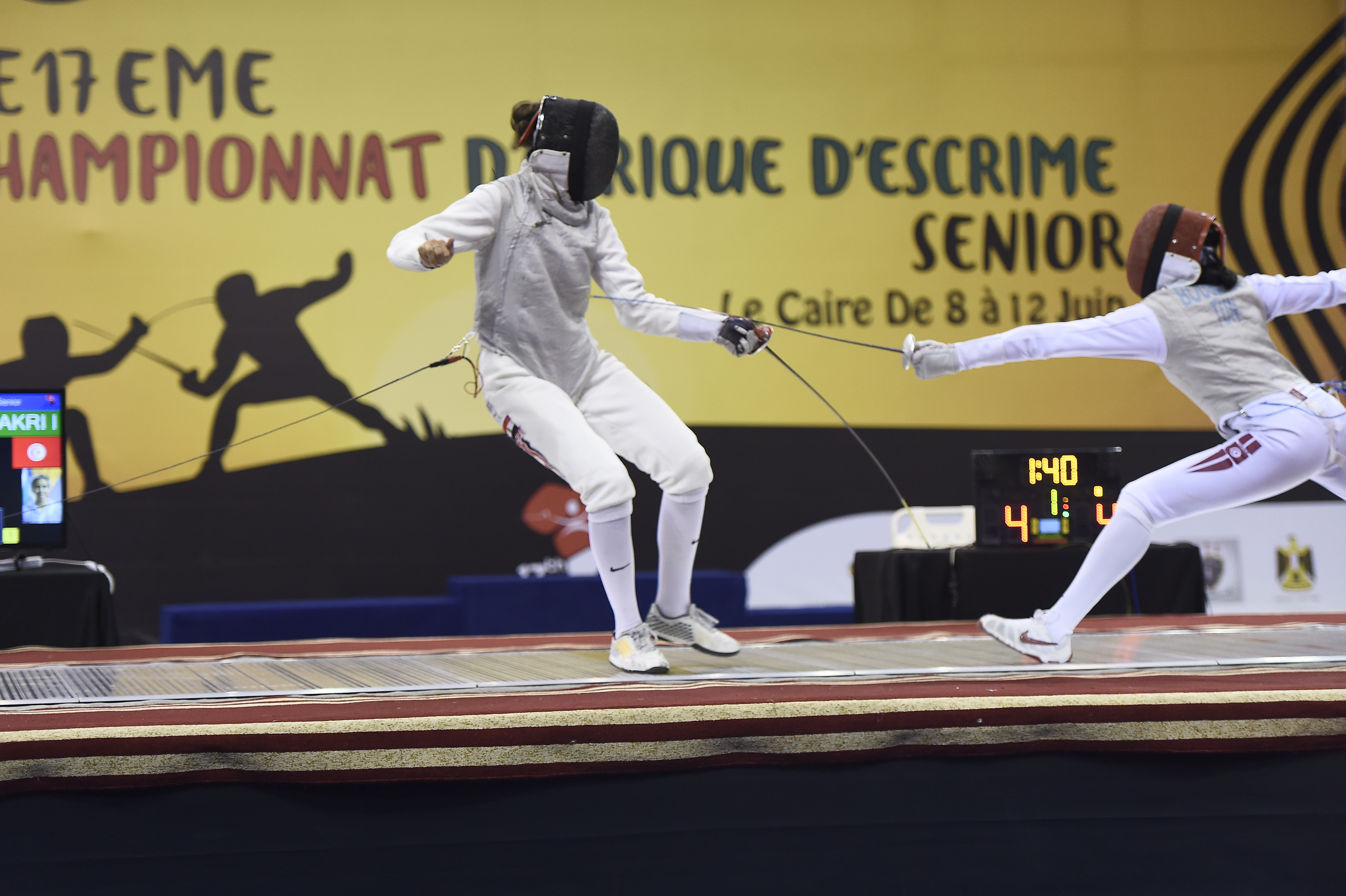