From the 2nd to the 4th of December, Turin will once again be the world foil capital, when it holds the Trofeo Inalpi, the first FIE Grand Prix for men’s and women’s foil in the World Cup calendar.

The event, organised again this year by the Accademia Scherma Marchesa, was announced this morning in the Hall of Honour of Valentino Castle, in Turin. Among the speakers were the Council Member for Sport of the Piedmont Region. Gian Maria Ferraris, the Council Member for Sport of the City of Turin, Roberto Finardi, the President of the Piedmont section of the Italian Olympic Committee, Gianfranco Porqueddu, Maurizio Randazzo, twice team epee Olympic champion (Atlanta 1996 and Sidney 2000) and recently elected Board Member of the Italian Fencing Federation, Matteo Torchio, the Marketing Director of the Title Sponsor Inalpi and Stefano Ceppi, representing the sponsor Pasta Berruto.

“The FIE Foil Grand Prix Trofeo Inalpi visits Turin for the third year in a row “-declared Michele Torella, President of the local organising committee and of the Accademia Scherma Marchesa “and is confirmed once more as the opening event of the three competition world series which includes Long Beach and Shanghai, as well as Turin. An exclusive event not only for Turin, but for the whole of Italy; a unique occasion to watch the live show staged by the best foil international athletes.”.

Among others, the Olympic gold medallist from Rio 2016, Daniele Garozzo, will take to the piste. Garozzo has been in the news in recent days, because of the theft of his medal during a train journey. The medal was recovered at the Porta Nuova train station in Turin and will be handed back to the fencer on the 25th of November during a ceremony that will take place at Palazzo Civico – the civic headquarters of the Turin Municipality - organised by the City of Turin, in cooperation with the Accademia Scherma Marchesa.

This year, in the lead up to the competition, Trofeo Inalpi once again promoted fencing as a sports discipline among schools, through the initiative “ Fencing at the Museum”: “We believe that in order to promote sport among youth, in addition to the big international events it is also necessary to go into schools to bring the youngsters closer to the sport. This year, approximately 1180 school students registered to participate in the initiative carried out by the Risorgimento Museum, between the 15th and the 25th of November. Kids get the opportunity to be introduced to fencing as both a sport and also in historical terms, thanks to the technical officials of Accademia Scherma Marchesa and the Turin Association of Historical Fencing Scrima. It is also a way to underline the long-standing relationship that links this discipline and the City of Turin, where fencing took its first steps.“ 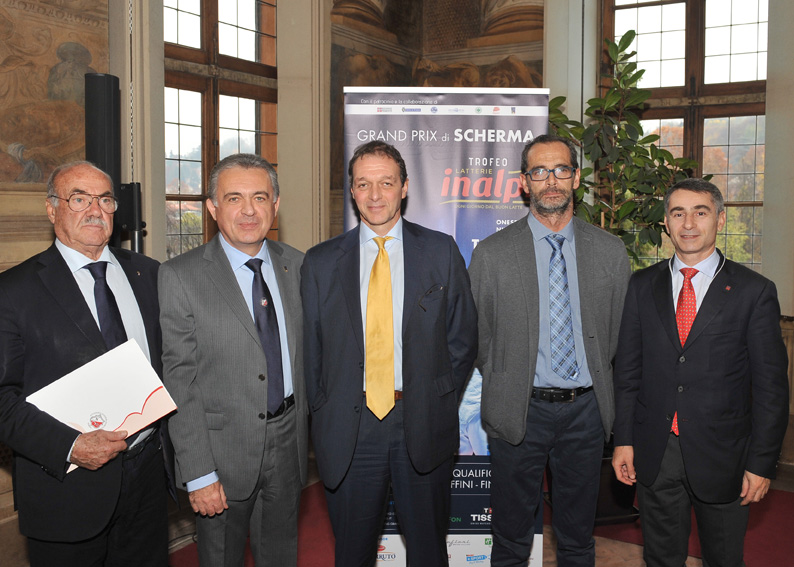