Velikaya, the world No. 1, beat Hungary’s Anna Marton 15-7 in the final of the women’s sabre to round off a fantastic season on a high. The bronze medals went to Olga Kharlan of Ukraine and Charlotte Lembach of France. 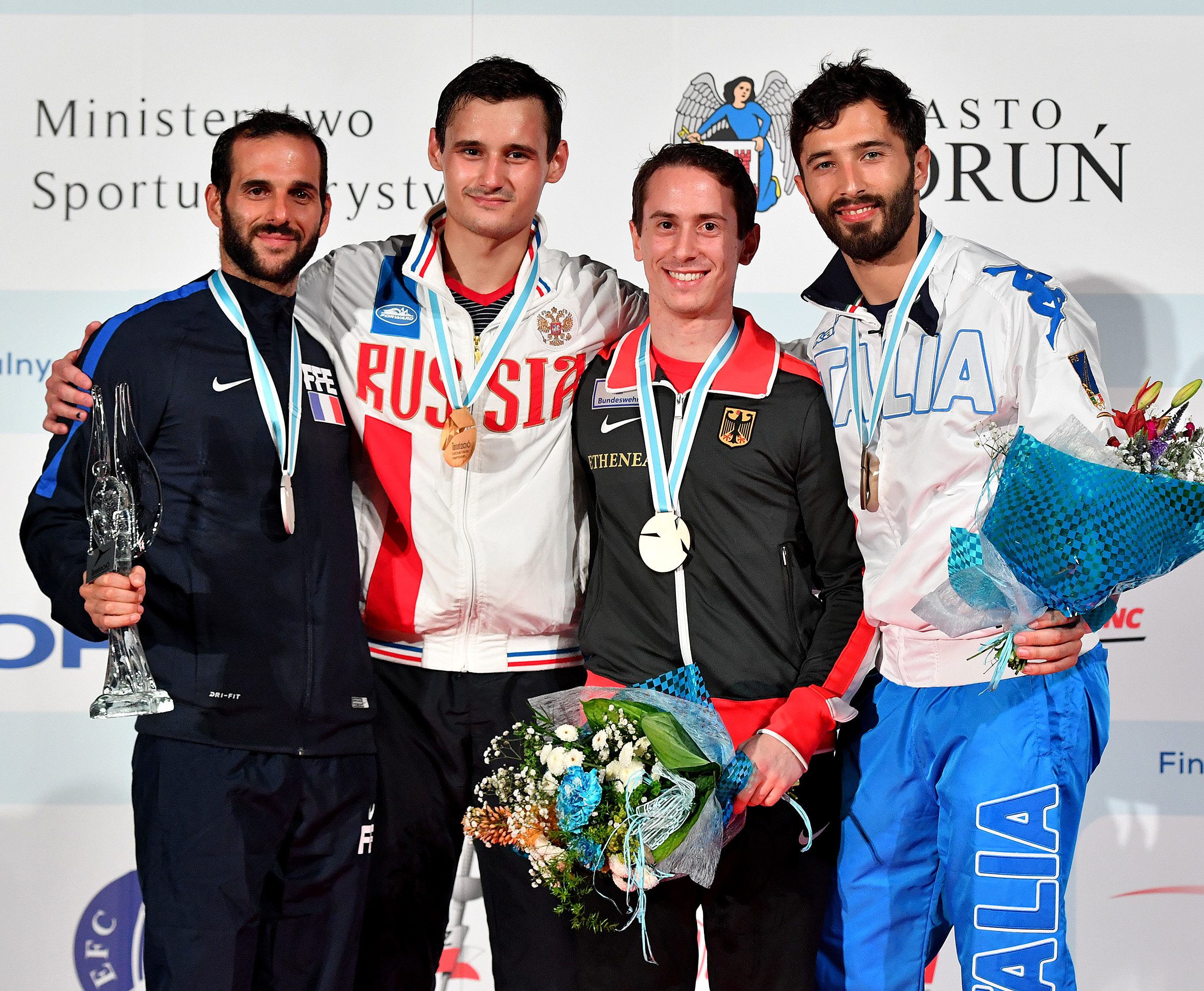 In the men’s foil, world No. 28 Safin beat Erwann Le Pechoux of France, one place ahead of the Russian in the rankings ahead of the event, by a score of 15-9. Andre Sanita of Germany and Giorgio Avola of Italy claimed the bronze medals.