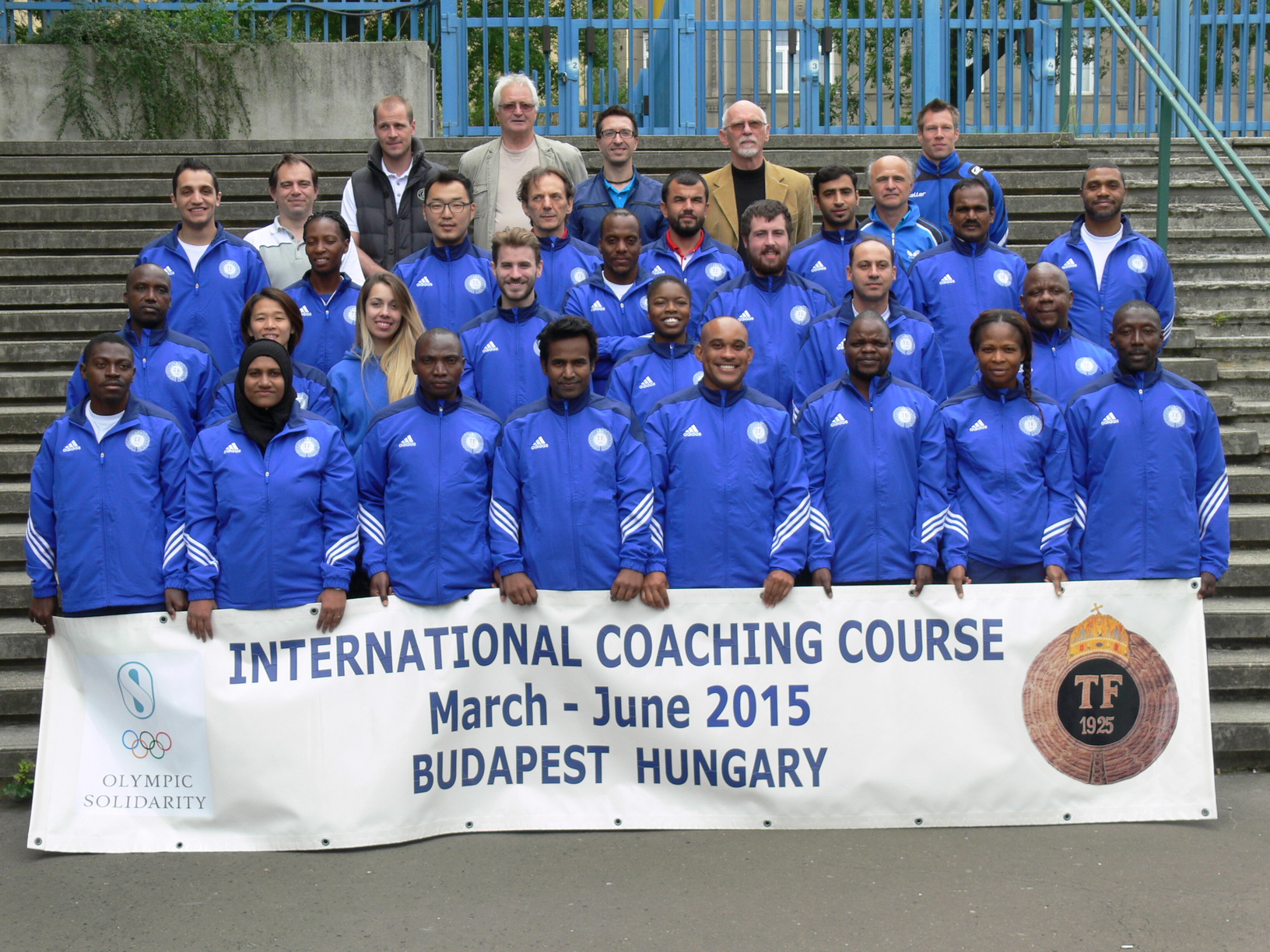 University of Physical Education in Budapest, Hungary is one of the partners with IOC Olympic Solidarity where a high level sport science training course has been organized since 1971.

The International Coaching Course (ICC) is initiated, organised and supervised by the International Directorate of University of Physical Education. It is an intensive, concentrated, and intermediate level course with 120 hours general theoretical classes and 180 hours sport specific classes. The course is organised in half-year intervals starting every March and September. Usually 7-10 sports are offered, depending on the demand and actual applications and the possibilities of the seasons. The sports are carefully selected, based on traditions, long-term success of the Hungarian National Teams and the availability of our well-known lecturers and coaches. The duration of the course is three months.

One of the major disciplines is Fencing and due to the continuous interests it is being organized both during the spring and the autumn session. The programme is taught exclusively through English. Two Centres (University of Physical Education in Hungary, ICECP-Delaware) out of the five who collaborates with OS runs its programme in English language.

And what makes Fencing so popular among the applicants?

The reason is in the history, success of this sport and the “quality” of the teachers who works in ICC.

The lecturers and teachers themselves are former fencers, too. All the three weapons (Epée, Foil and Sabre) are being thought by different coaches.

As a fencer: several time Hungarian Champion in Sabre.

As a coach: Master coach, Olympic Champion and eight times World Champion with the National Squad of France; with the team of VASAS Sport Club he won several Hungarian Championships and European Champions Leagues.

Master coach. He wrote many fencing books which have been published all over the world. His books includes every necessary information about techniques, tactics, strategy and coaching methodology which can bring the knowledge of the coach to a professional level.

As a coach: assistant lecturer for FIE coaching course, head of Irish and British age groups training camps, head of the fencing club at University of Physical Education in Budapest, coach of several times National Champion U20 sabre team.

Master coach. ex-Coach of Géza Imre (epée), who is World and European Champion and won bronze medal at the Olympic Games in Atlanta (1996).

As a coach: head coach of a Hungarian Fencing Club, age group trainer in Hungary, his athletes qualified for European and World Championships several times.

The transparent and objective study material is based on those traditional requirements which have been accepted and integrated into the methodology of fencing by the fencing society since decades. The programme delivered by the lecturers is focus on the teaching methodology of technical and tactical elements including the list of various preparation exercises. At the end of the course students has to take examination where they have to be able to perform the given exercise and explain some variation for its preparation.

At the University student can study Physical Education and Coaching parallel. Through this system they not only learn how to perform a technical element but get that knowledge which gives them better understanding how the various loading affects the human body.