After his win in Tbilisi, Russia’s Alexey Yakimenko again grabbed gold In the Men’s individual event in Budapest , beating Korea’s Kim Junghawanm in a tight match by 15 to 14. Alexey ‘s achievement was matched by his compatriot in the women’s individual sabre. The bronze medals went to Ibragimov Kamil of Russia and to Frenchman Rousset Nicolas.

In Women’s individual event, Egorian Yana edged out her Ukrainian rival Kharlan Olga in Orleans, by 15 touches to 8. The third place as taken by Korea’s Yoon Jisu and Muhammad Ibtihaj of USA.

Russia won the Men’s team event at the sabre World Cup in Budapest on Sunday by beating USA 45-44. The bronze medal went to Hungary.

Meanwhile in the Women’s team event in Orleans, Ukraine beat Russia by 45 - 33 in the final on Sunday while, in the bronze medal match, France won against Italy. 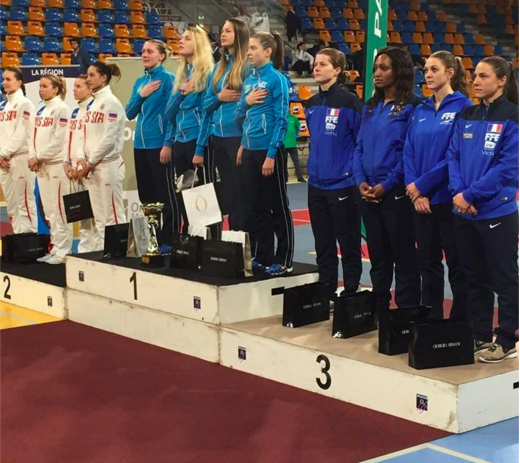