A veritable “parade of stars” at the Salone d’Onore of the Italian NOC.

The occasion was the national conference “Nobody like us. Fencing: yesterday, today and tomorrow”, organised by the Associazione Nazionale Stelle al Merito Sportivo headed by General Luigi Ramponi.

In the “house of sport”, Italian fencing showed itself to be a great family, happy to flick through the photograph album of emotions.

The conference opened with a greeting from Italian’s Olympic Committee president, Giovanni Malagò, who praised the Associazione Nazionale Stelle al Merito Sportivo “for having thought of fencing as the subject of the national conference. Our highest medal-winning discipline”, said the head of Italian sport, “stands for excellence even in organisation. I say to fencing that it is right to look back, especially when it has such a glorious past, but I value very highly the ability to be focused on the present and with an alert gaze turned to the future. This is certainly the secret of success”.

There were greatly applauded contributions from Valerio Aspromonte, Beatrice “Bebe” Vio and Valentina Vezzali, who, starting from their respective experiences, provided a snapshot of both the sporting and the social aspects of fencing today, which, they said, “is not just a sport, but also an exceptional vehicle for positive values of which we are extremely proud”.

The word “pride” was taken up again in the closing speeches by Giorgio Scarso, Federal President, General Luigi Ramponi, President of ANSMES, and Roberto Fabbricini, Secretary General of the Italian NOC.

The final moment was marked by the presentation of certificates and medals from the International Fencing Federation, through the Italian Federation, to the athletes and managers who have been inducted by the FIE into the “Hall of Fame” of the fencing world. More... 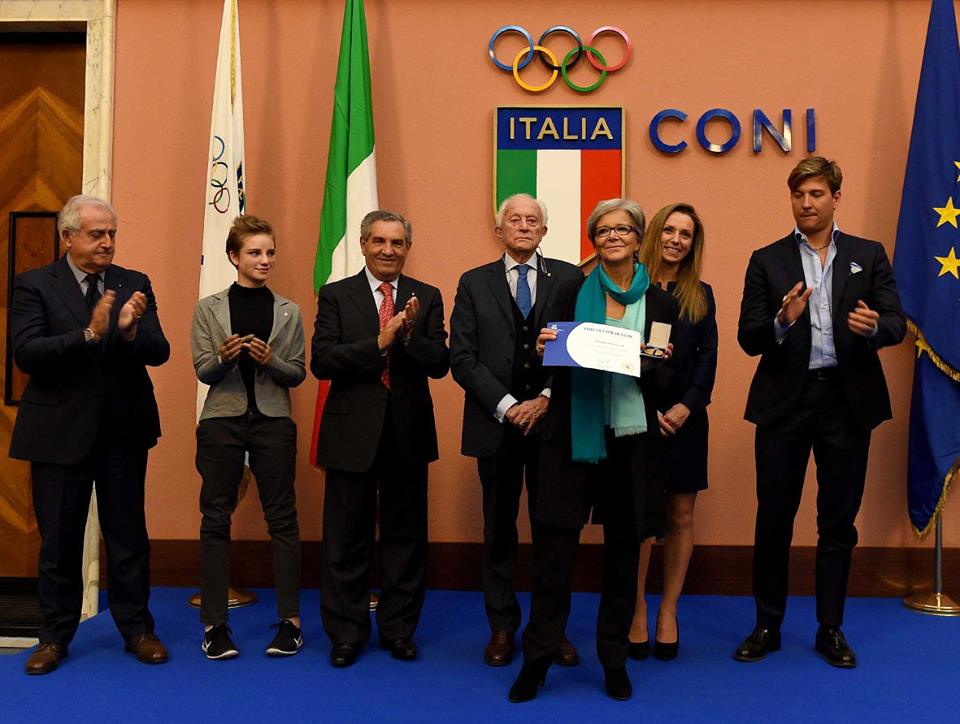