The second day of fencing competition at the 2015 European Games in beautiful Baku, Azerbaijan featured individual men’s epee and women’s foil, with a spectacular show of amazingly talented athletes. With fencers from all over Europe, from Israel to Norway, and Russia to Czech Republic, both weapons had very diverse and energetic competitors eager to make the medal rounds.

In men’s epee, a strong showing in the quarter-finals by a number of high-level fencers such as the Netherlands’ Verwijlen, Denmark’s Von der Osten, and Italy’s Fichera were ultimately out-ranked by two fencers from France, Daniel Jerent and Ivan Trevejo, and Russia’s Sergey Khodos along with London 2012 silver medalist Bartosz Piasecki from Norway. The final was entertaining and technical, with Khodos unable to overcome the veteran point control and bladework wielded by Trevejo, who took the gold.

The Baku audience was delighted with the very active and nearly gymnastic styles of women’s foil, with as much precision and well-timed footwork as there were stunning attacks by the Italians and Russians. While the field was also very diverse, with competitors from Germany, Italy, Great Britain, Romania, Russia, Hungary, France, and Israel making the top 16, in the end it was a match between Russia and Italy in both semi-finals and the gold match. Looking very young and fit, both the semis as well as the finals were a visually pleasing mix of style, grace, and motion mixed with skill and intentional actions. Italy’s Alice Volpi went home with the gold medal after defeating Russian Yana Alborova. Volpi’s tactical strength, combined with strategic coaching, turned the day into a success story for Italy.

All-in-all, the evening was a pleasing series of entertaining and well-fenced matches by world and Olympic-hopeful European fencers. 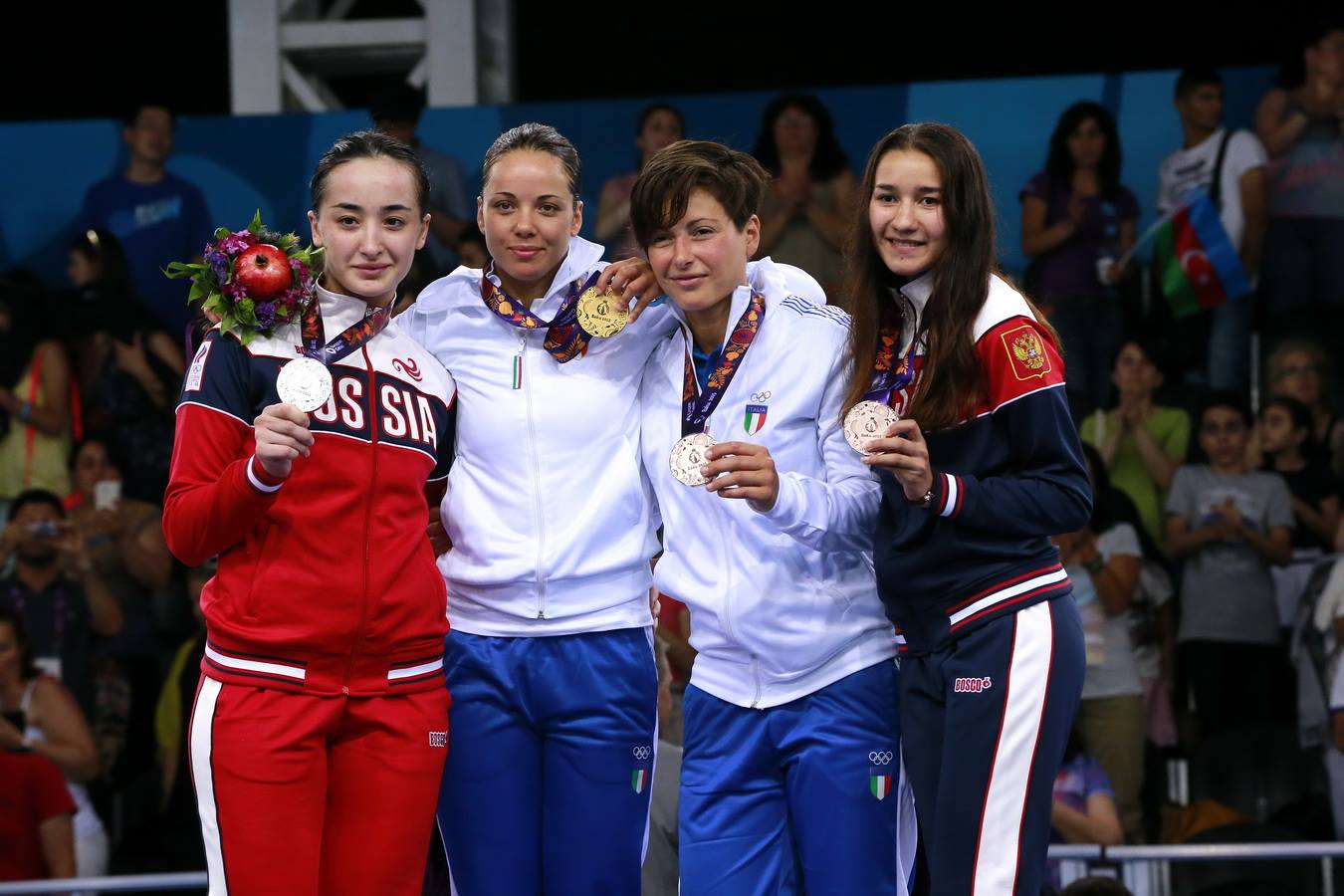