BUENOS AIRES, Argentina, July 16, 2021—The Argentine Fencing Federation today celebrated its 100thanniversary. In the last century, the federation participated in all Olympic Games in which the Argentine Olympic Committee had an official presence, as well as in all Pan American and South American Games.

“We commemorate our great fencers, teachers and leaders who have enhanced the prestige of our federation, not only with results but with their presence in all areas where our sport is promoted”, stated the federation in an official announcement.

The federation celebrated the centenary privately due to pandemic restrictions but promised to celebrate it again “in style”, when it is again possible to gather to share anecdotes and memories forged on the piste. 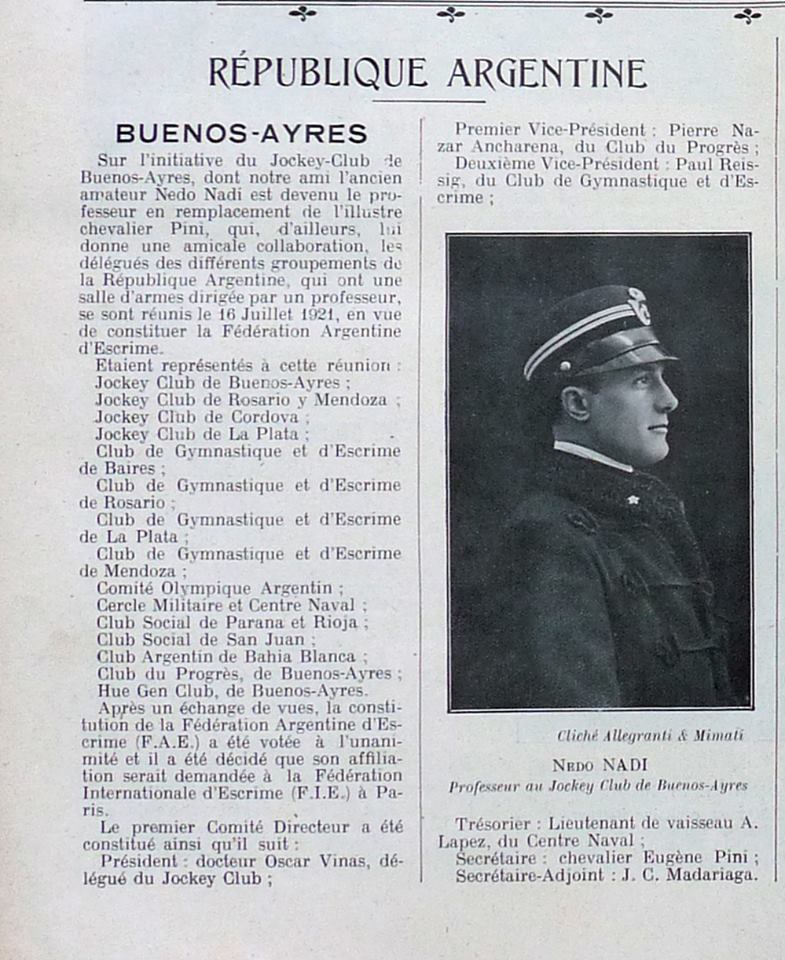