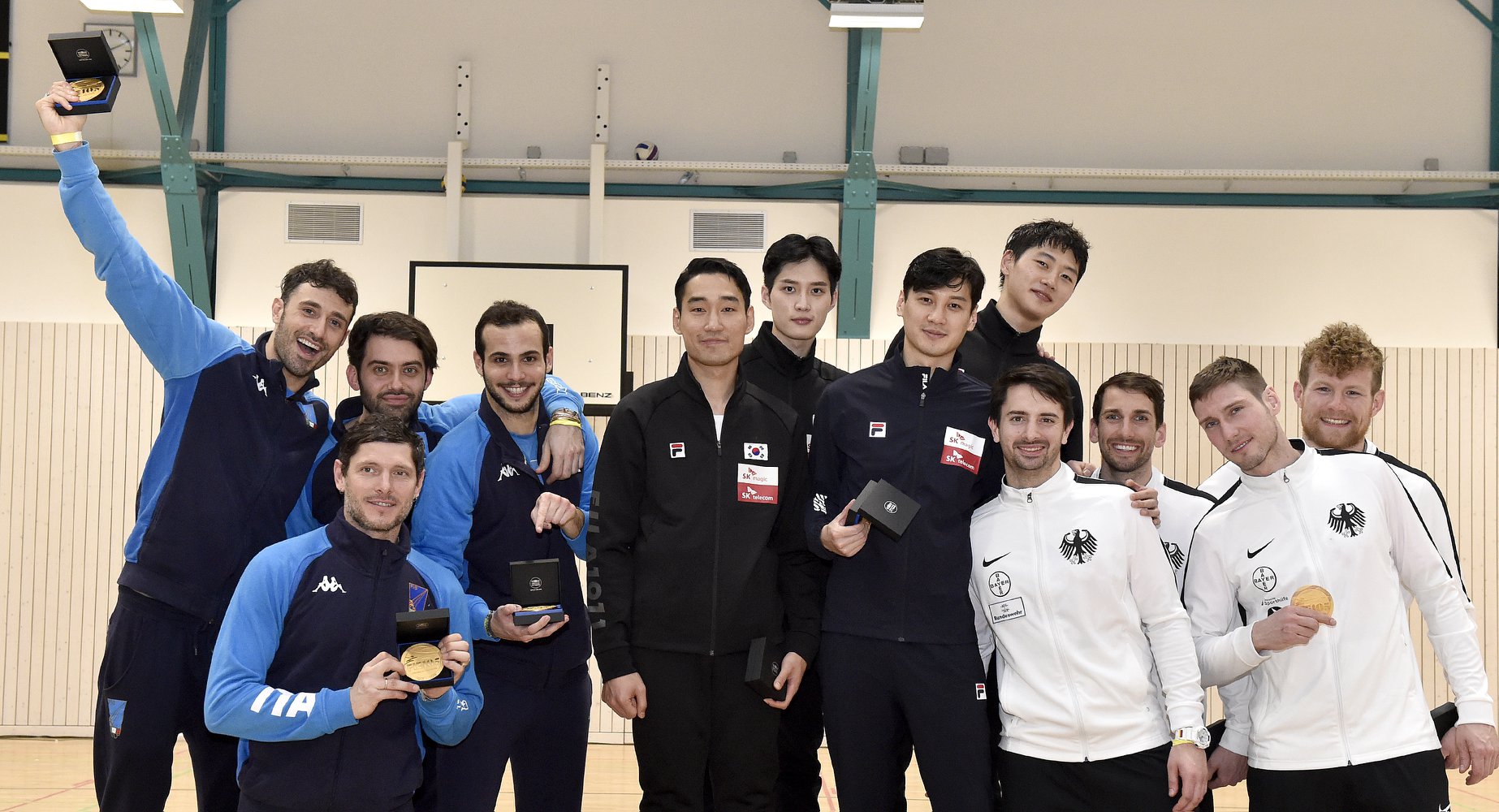 In team sabre, Korea defeated Italy in the final round to win the gold, 45-32. Italy beat Hungary in the semifinal round, 45-42, and Korea won against Germany, 45-37. For the bronze medal, Germany beat Hungary by a single point, 45-44.