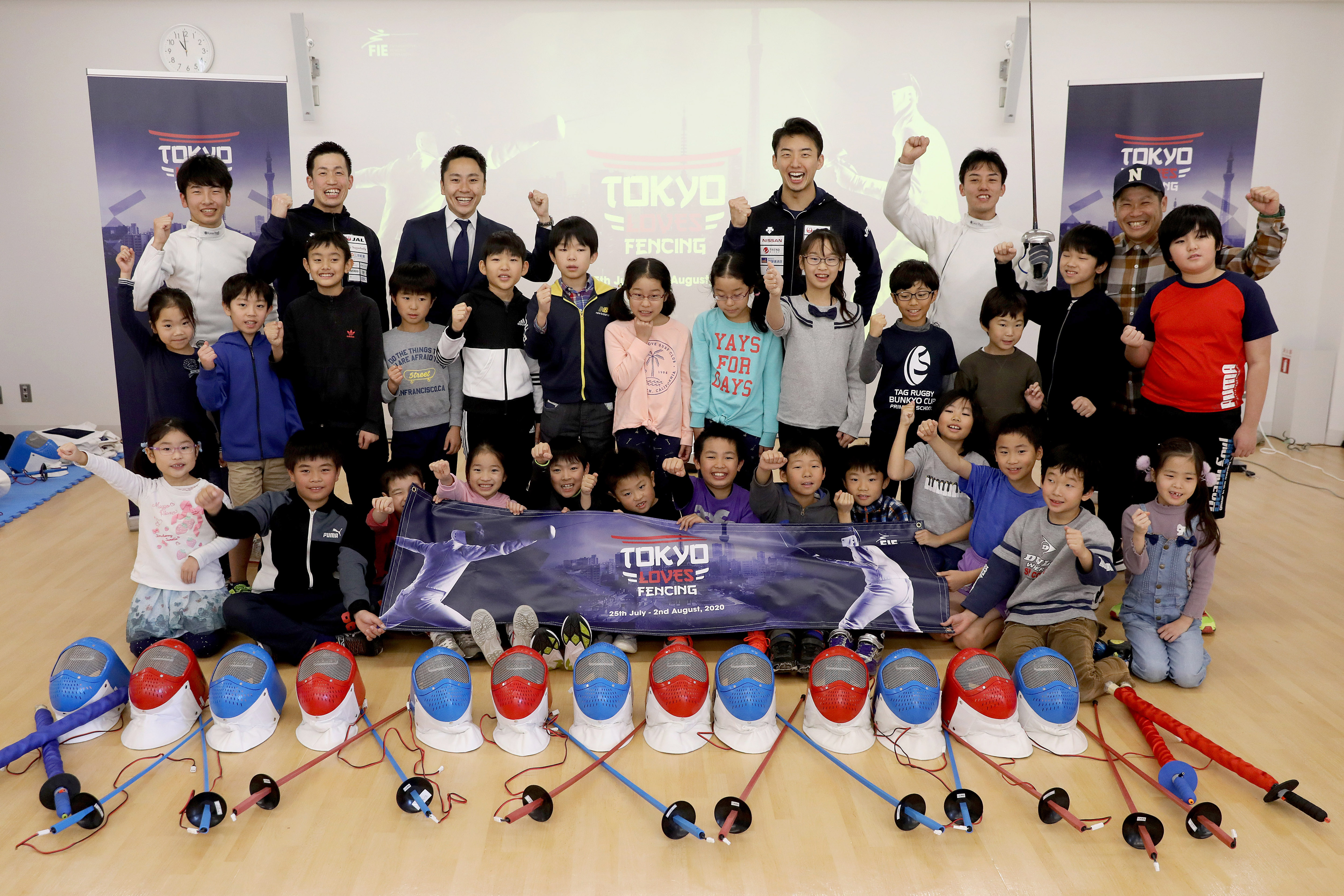 On Sunday, Dec. 8, a fencing demo at the Bunkyo Sports Center gave children the opportunity to try fencing with a coach and promoted the upcoming World Cup/Test Event and 2020 Olympic Games. Several thousand students from elementary schools around Tokyo’s Bunkyo City were invited, and many schoolchildren who attended were able to experience fencing first-hand. Souvenirs and recognition were given for taking part, along with photos and opportunities to meet athletes. Photos from the event may be viewed here.


On Dec. 10, Japanese Olympic fencer Nozomi Sato, who competed in epee at the Rio and London Olympic Games, joined fencers Ikuo Furuta and Seiya Matsuura to present about 400 students with an introduction to fencing at the Sakuradai Elementary School in Chiba. 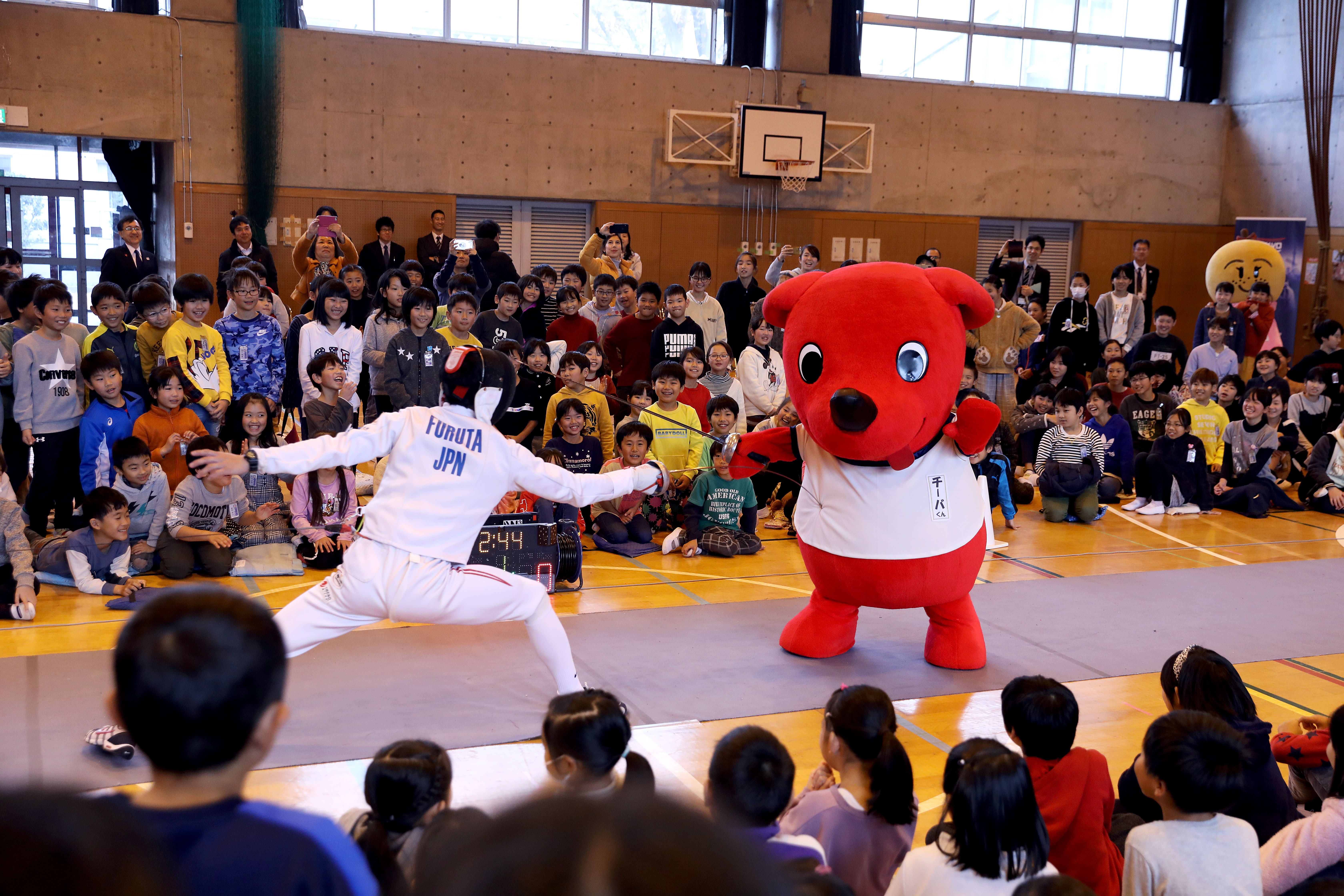 “Today we had children learn about fencing,”, said Sato. “They learned about the three weapons, how to cheer in the competition, and how to celebrate winning points and support the athletes. I would love for Japan to be represented at the Olympics in every weapon in both team and individual events. With the Olympics in Japan, now my family and other Japanese people can directly watch a fencing competition, and we would love to have them come and watch it live!”

This weekend’s Senior Men’s Foil World Cup, being held at the Makuhari Messe in Chiba where fencing will take place at the Olympic Games, serves as the official Tokyo 2020 Test Event for fencing. More than 200 international men’s foil fencers are expected to participate.

More information about the World Cup/Test Event may be found here on the FIE web site.