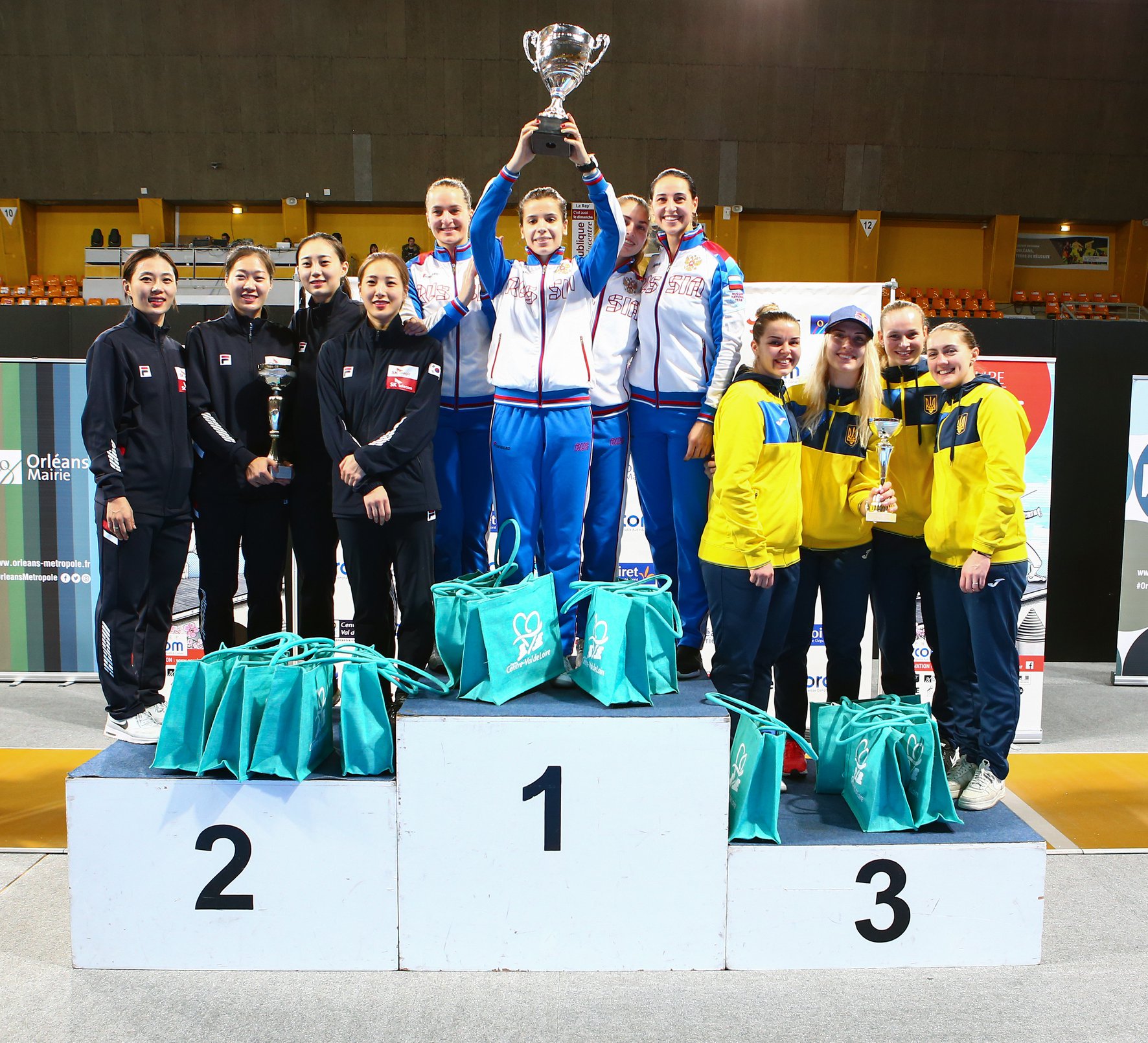 In the women’s team sabre competition, Russia took the gold medal against Korea, 45-41. Korea beat Ukraine in the semifinal round, 45-43, while Russia beat Hungary, 45-26. The bronze medal went to Ukraine over Hungary, 45-36.