CANNES, France, September 25-26, 2019—A video produced for the Budapest 2019 Fencing World Championships has won a “Silver Dolphin” award at the annual Cannes Corporate Media & TV Awards. The video, “A Kind of Magic”, competed in the Social Media and Short Videos category of the competition.

The short and entertaining video was shown to fencing audiences at the BOK Hall in Budapest, where finals competition was held. It features Andras Szatmari (HUN), world champion sabre fencer and star of the film, facing a magician in a fencing match. Mr. Szatmari was on-hand at the awards with the film’s director, Ivan Vermes. Overall, 950 productions from 51 countries were submitted into the Cannes international competition, with 149 winning a gold, silver, black or blue Dolphin trophy, as well as the coveted “White Dolphin” Grand Prix.

The Cannes Corporate Media & TV Awards each year honour “the world’s finest corporate films, online media productions and documentaries”. It is the only festival for corporate films taking place in the city renowned for feature films and advertising productions. The ten-year-old competition is open to film producers, clients, agencies, TV stations, and students. Details about the Awards, including a complete list of winners and links to the winning films, may be found here.

The FIE congratulates Mr. Szatmari, Mr. Vermes and the Hungarian Fencing Federation on this prestigious accomplishment. 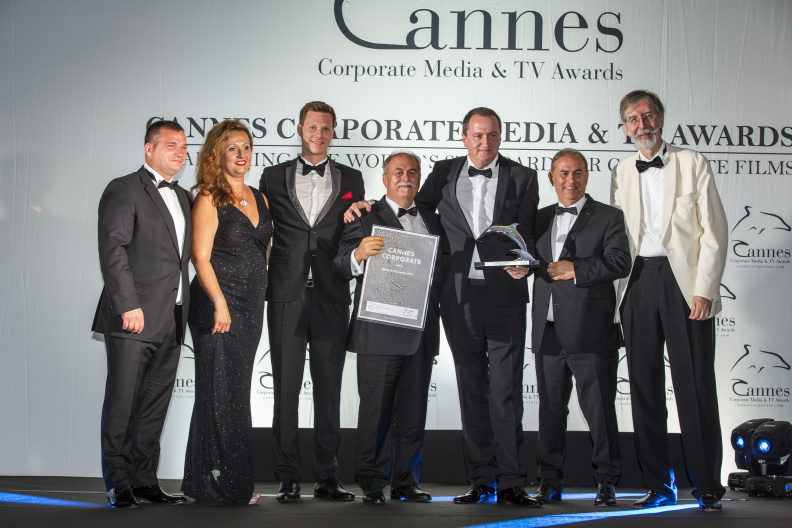