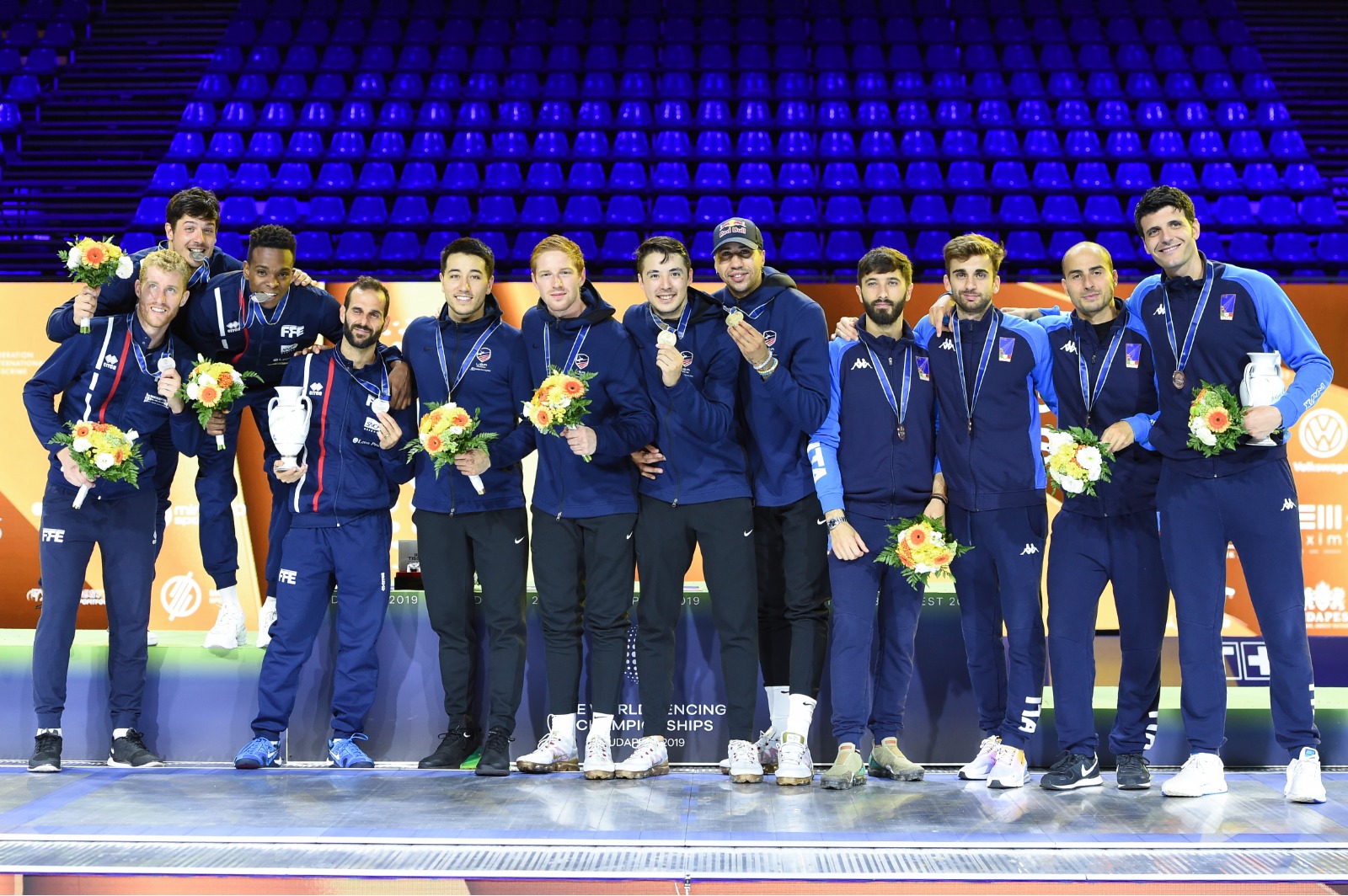 This was the first time USA has won the gold in men’s team foil at the Senior World Championships, having taken silver medals three times in past years. USA defeated France in the final round, 45-32. France beat Italy in the semifinal round, 45-32, and USA overcame Russia, 45-30. The bronze medal went to Italy over Russia, 45-32.

Russia faced France in the gold-medal match of women’s team sabre, winning with a 45-40 score. For Russia, this was the eighth gold and 13th time it has earned any medal in this event. In the semifinal round, France overcame Korea, 45-43, while Russia beat Italy, 45-37. Korea took the bronze medal over Italy, 45-35.

Complete information about the 2019 Fencing World Championships may be found on the official website, www.2019Budapest.com and official results are available on the FIE website. Click here for photo highlights of team men’s foil and women’s sabre.