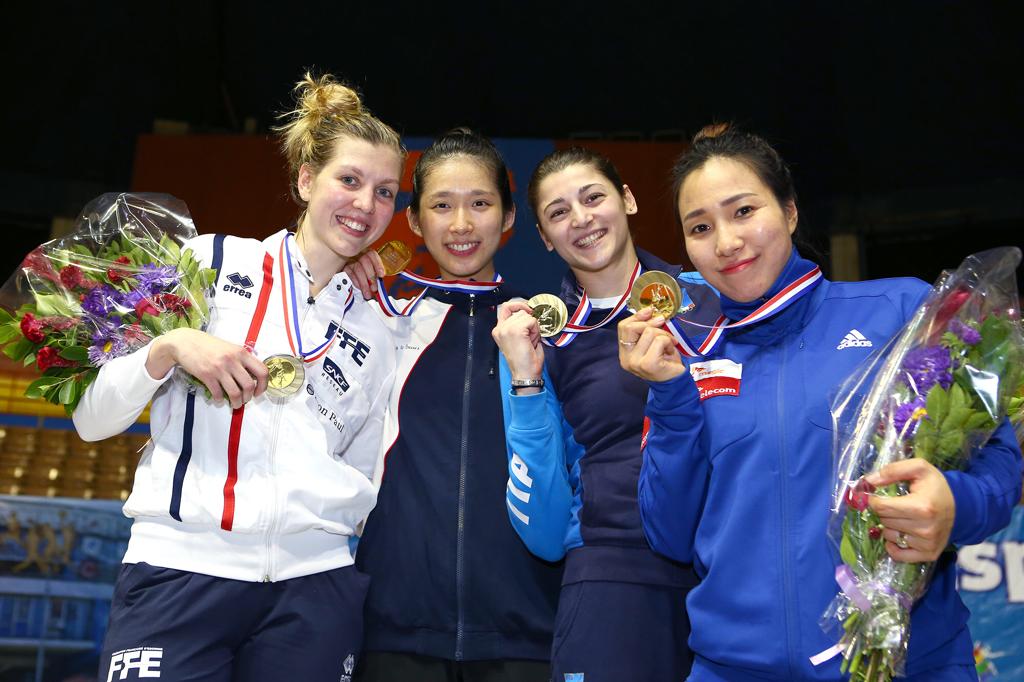 Kong faced France’s Auriane Mallo in the final round, winning with a 15-8 score for the gold. Mallo defeated Korea’s Young Mi Kang in the semi-final, 15-9, while Kong was victorious over Italy’s Nicol Foietta, 15-7. Foietta had beaten her teammate and reigning world champion, Mara Navarria, in the quarter-finals, 15-9. 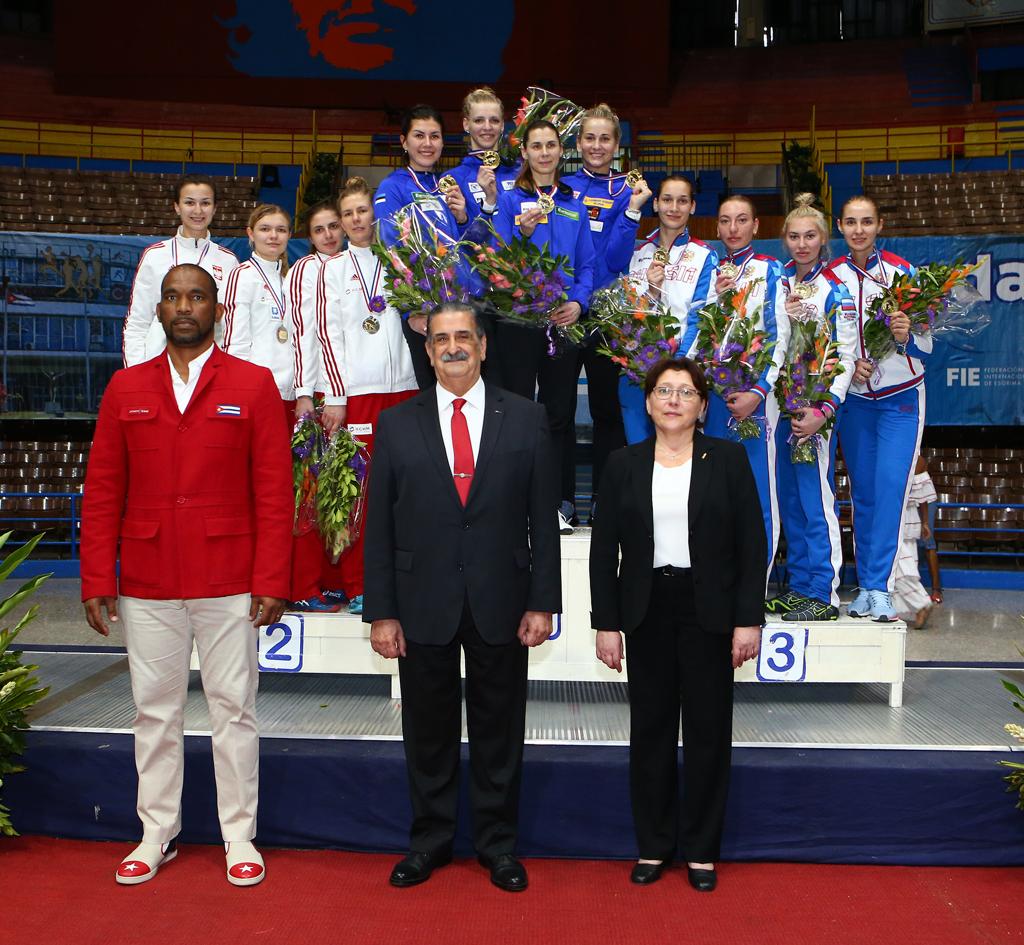 In the women’s team epee event, Estonia edged-out Poland for the gold by a single touch, 34-33. In the semi-final, Poland had another narrow match, beating Russia 44-43, while Estonia beat China, 45-23. Russia took the bronze medal against China, 42-35.