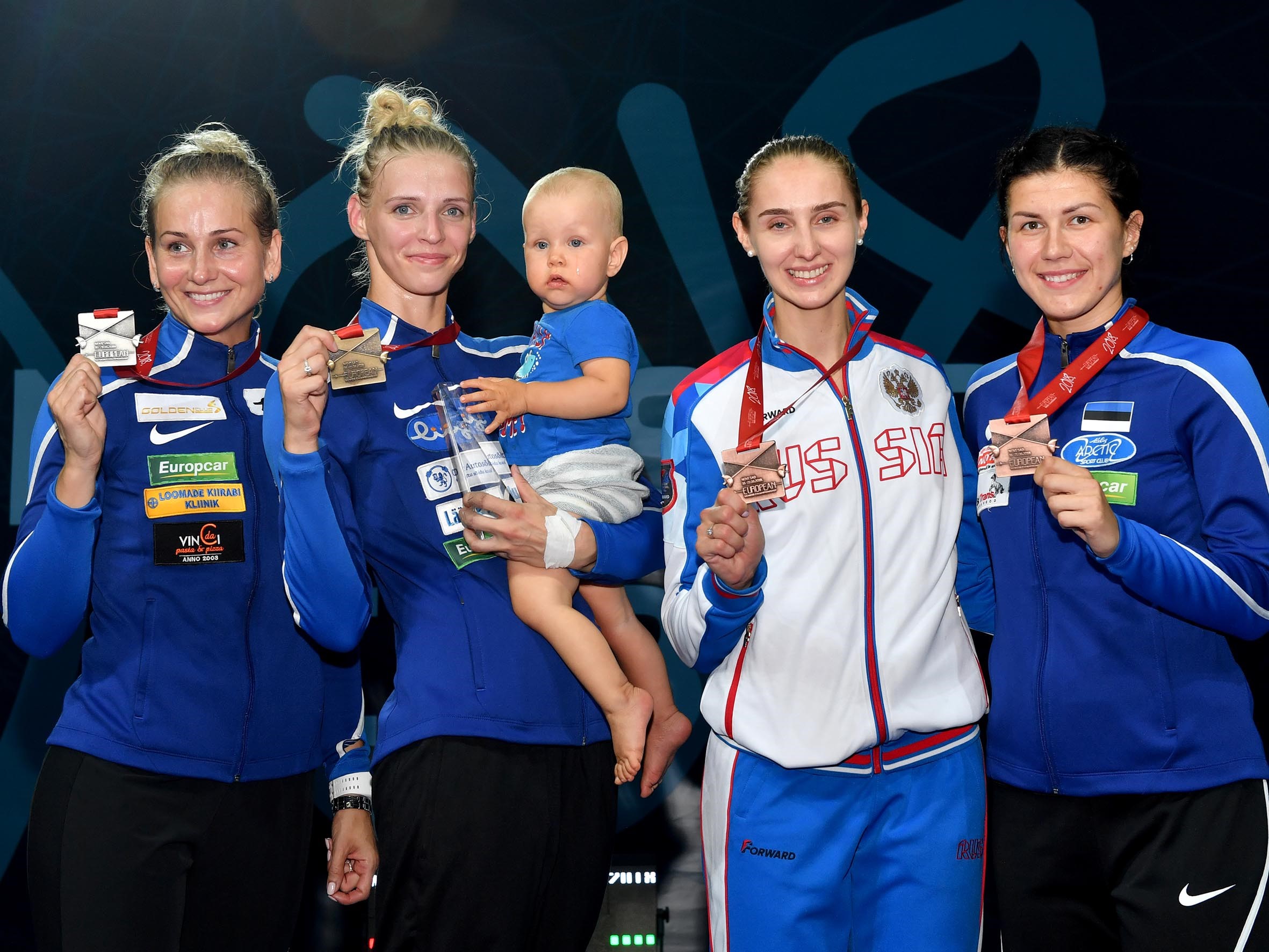 In women’s individual epee, Estonia took three of the four medals, with Katrina Lehis defeating her teammate, Kristina Kuusk, in the final by a point, 15-14. Kuusk beat Estonian World Champion Julia Beljajeva in the semi-final round, 15-7, and Lehis overtook Russian Violetta Kolobova in another close round, 14-13. Kolobova won the European Zonal title last year. Notably, top-ranked and Olympic gold medallist from Hungary, Emese Szasz-Kovacs, went out to two-time Italian World Champion Rossella Fiamingo in the round of 32 with a 15-14 score; Fiamingo then lost in the next round to Romanian Ana Maria Popescu, 15-12.