In the men’s competition, Heinzer defeated France’s Alex Fava, for whom this was a best-ever result, with a final score of 15-13. Fava defeated second-ranked Bogdan Nikishin of Ukraine in the round of eight, 15-10, before winning a close match with his teammate, Jonathan Bonnaire, in the semi-final, 15-14. Heinzer defeated two-time World Champion Nikolai Novosjolov of Estonia in the round of eight, 15-12, before going on to the semi-finals and overtaking Russia’s Sergey Khodos, 15-10. 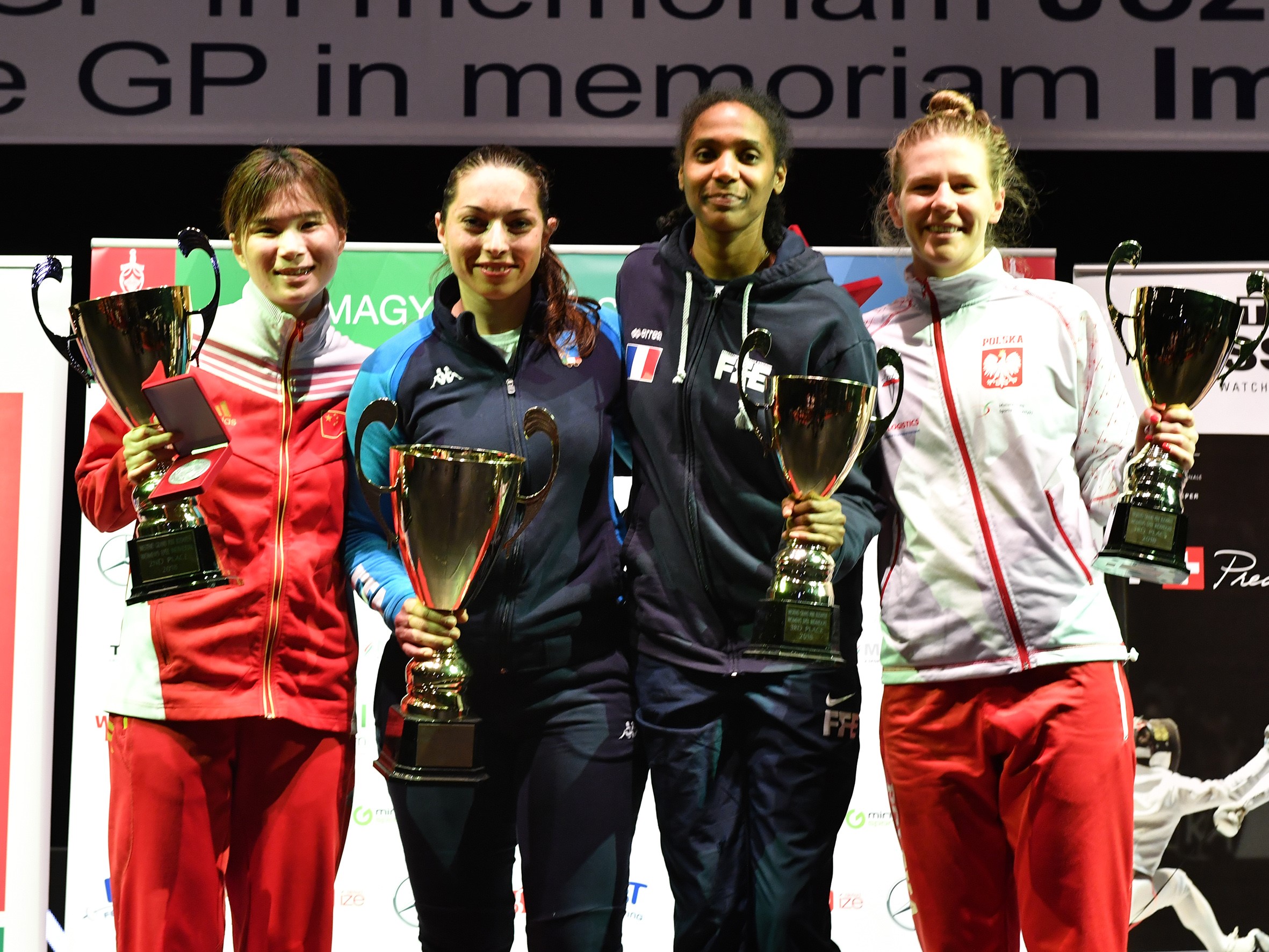 Several athletes successfully fenced far above their rankings in the women’s event. Navarria took gold in the women’s final against China’s Sheng Lin, 5-4. Lin, ranked 257th going into the competition, took-out Poland’s seventh-ranked Ewa Nelip in the semi-final, 15-8. Navarria beat 103rd-ranked Marie-Florence Candassamy of France in the other semi-final, 14-13.

Final results from the 2018 Westend Epee Grand Prix can be seen here.