It is with sympathy and sadness that we report the passing of Tudor Andrei Petrus of Romania, one of the country’s foremost foil coaches. Born on October 2, 1949, in Cluj Napoca, Coach Petrus graduated from the ANEFS in Bucharest after studying under Jacques Istrate and Vasilie Chelaru. He then joined the CSA Steaua Bucharest sports club, winning the Fencing Europe Cup in 1978. He participated in the Montreal Olympics, ranking 45th in individual and 9th in team; he then took part in the 1980 Moscow Olympics, ranking 35th individually and 5th in the team event.

Coach Petrus retired as an athlete and became the CSA Steaua women’s Olympic coach, and then later took the head coach position. Under his leadership, the Romanian team was double World Champion in 1994 and 1995, and foilist Laura Badea took gold at the 1996 Atlanta Olympics.

Until recently, Coach Petrus was a federal coach for the Romanian Fencing Federation and technician at CSU Poli Timisoara. He would have turned 68 on October 2.

We send condolences on behalf of the world fencing community to Coach Petrus’ family, associates, and students. 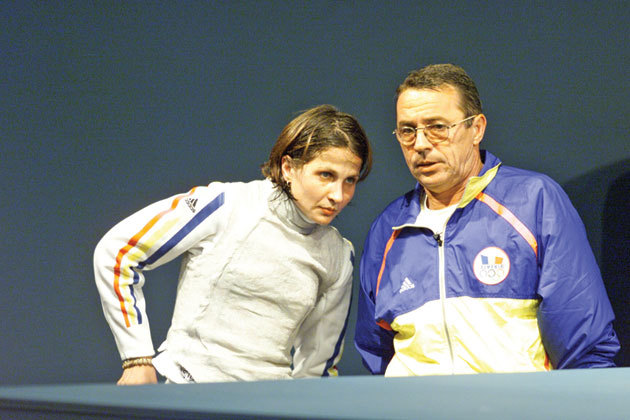