LEIPZIG, Germany, July 26, 2017— Italian and Estonian teams took gold tonight in the Men’s Team Foil and Women’s Team Epee events in Leipzig, Germany at the World Fencing Championships. This is the first senior World Championship following fencing at the Rio 2016 Olympic Games, and it was the final evening of six days featuring 12 individual and team events. In all today, nearly 30 men’s and 25 women’s teams participated from around the world.

Italy earned yet another title in its record-setting total of Men’s Team Foil gold medals (16) at the World Championships, after defeating the USA in the final, 45-41. The USA beat Russia in the semi-final by a wide margin, 45-29, and Italy overcame France, 45-35, to make the finals. France took the bronze medal against Russia, 45-37. 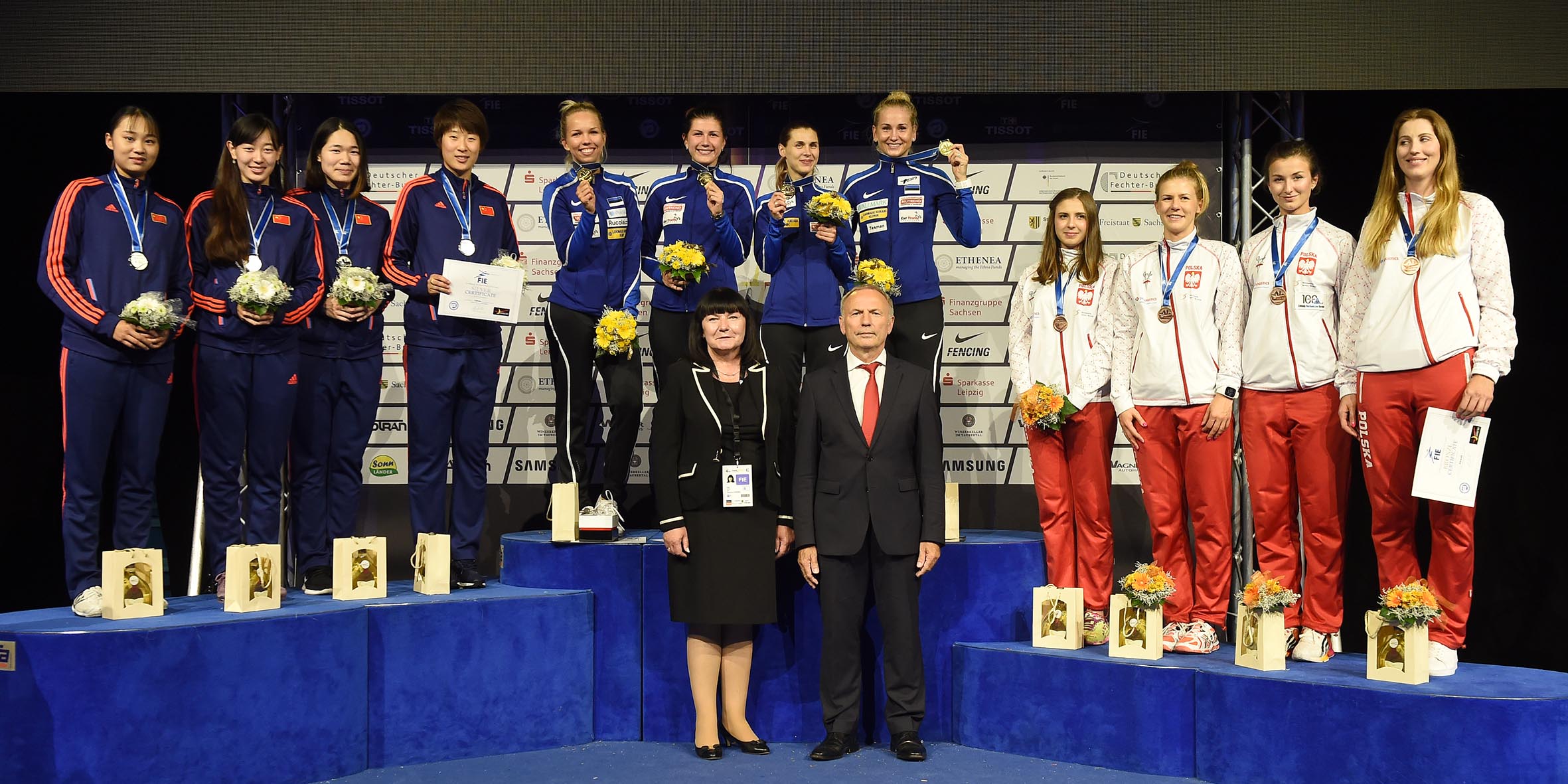 The Estonian women’s epee team is the new World Champion tonight in Leipzig, defeating the Chinese women—who won gold in 2015 and at the London 2012 Olympic Games—with a score of 45-33 in the final. China overcame Korea in the semi-final, 40-32, while Estonia beat Poland, 37-27, in the other semi-final. The bronze medal was taken by Poland over Korea, 33-28.