RIO DE JANEIRO, Brazil, May 9, 2017 – With several surprise victories over a weekend of women’s epee world cup fencing in Rio de Janeiro, May 5-7, Kristina Kuusk is returning to Estonia with a gold medal. The competition, which took place at the Brazilian Naval School under the shadow of Rio’s Sugarloaf Mountain, also featured a team epee event captured by the Italian women’s team.

Kuusk faced Russia’s Daria Martynyuk in the quarter-finals of the Women’s Individual Epee event, beating her 15-11, before having to face her teammate, Erika Kirpu, in the semi-finals that ended in a lower-scoring bout, 8-5. In the final, Kuusk fenced Germany’s Alexandra Ndolo, whom she beat 15-10. Ndolo had a close 15-14 victory in the semi-final against Poland’s Ewa Nelip. The Polish fencer had taken-out USA epeeist and Olympic team bronze medallist (London 2012) Courtney Hurley, in the round of eight, 15-8. 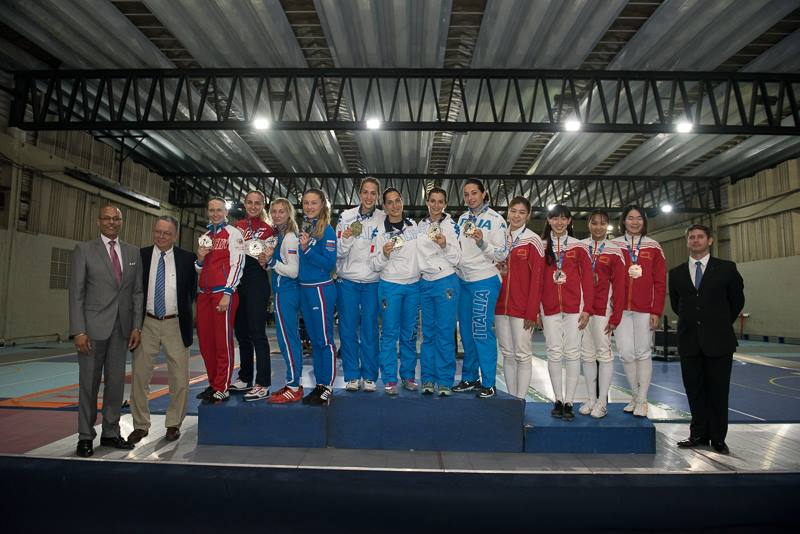 In the Women’s Team Epee event, Italy narrowly edged-out Russia in the final with a 29-28 victory for the gold medal. Russia beat China in the semi-final, 38-32, while Italy had a wide-margin victory over Ukraine in the same round, 33-18. China took the bronze medal over Ukraine, 40-37.