TAUBERBISCHOFSHEIM, Germany, May 2, 2017 – The world’s top-two women’s foilists battled over the past weekend for first place at the Reinhold-Wurth-Cup Women’s Foil World Cup event in Germany’s home of fencing, Fecht-Club Tauberbischofsheim. World number-one USA fencer Lee Kiefer took on Italy’s champion and second-ranked Arianna Errigo in the final, with a razor-thin victory going to the American, 15-14. Italy took home the gold in the team event.

It was an all-star line-up of women’s foil finals, with Errigo defeating home-favorite Carolin Golubytskyi in the semi-final, 15-5, while Kiefer took-out Russian star Inna Deriglazova with another narrow victory, 15-14, in the other semi round. With more than 150 participants, virtually every top-ranked women’s foil fencer from around the globe was at the event, vying for gold.

‘I was excited to have a strong competition after my recent rise in world ranking,’ said Kiefer. ‘It was a lot of fun having close bouts in the finals and semifinals. Every time I make it on the podium, it is still an unreal feeling!’ 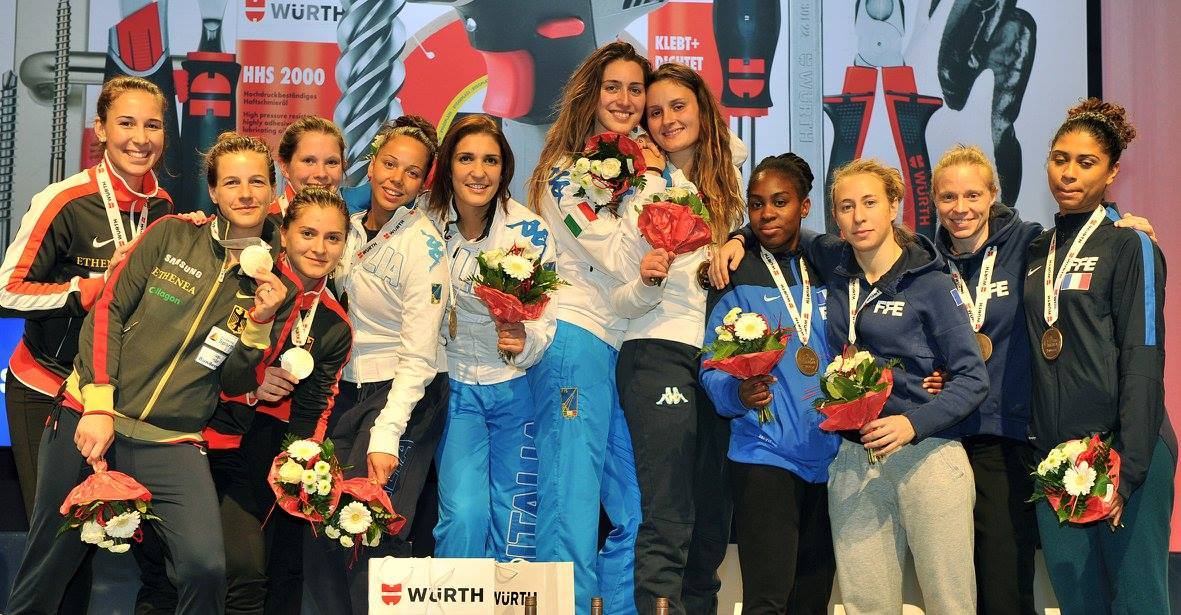 In the women’s team foil event, with a total of 16 teams competing, Italy defeated Germany for gold, 45-33, after winning a closer match in the semi-final against France, 45-40. Germany also had a narrow win over Russia in the semi, 41-39. That left France to take on Russia for bronze, which the French took after a 45-37 win.