Kim defeated France’s Vincent Anstett 15-12 in the men’s final, after winning 15-13 in the semi-finals against Luca Curatoli of Italy and against his teammate, Sanguk Oh, 15-9 in the quarter-finals. The 33-year-old Kim is ranked first in the world in men’s sabre. Italian Olympic champion Aldo Montano was eliminated in the quarter-finals, 15-7, against German Benedikt Wagner, who then lost to Anstett 15-4 in the semi-finals.

Egorian, 23, also ranked first in the world, won the women’s gold match in Seoul with a score of 15-12 against Hungarian Anna Marton, for whom this was a second Grand Prix silver medal this season after competing in the Cancun Grand Prix late last year. In the semi- and quarter-finals, Egorian defeated Cecilia Berder 15-12 and Charlotte Lembach 15-7, both from France. Notably, Marton defeated two-time Olympic gold medallist Mariel Zagunis (USA), 15-11, in the quarter-finals.


The Seoul competition is one of nine cities in which the International Fencing Federation (FIE) is holding major Grand Prix events during this 2016-2017 fencing season. The competitions all lead-in to the upcoming 2017 Senior Fencing World Championships, being held this July in Leipzig, Germany. 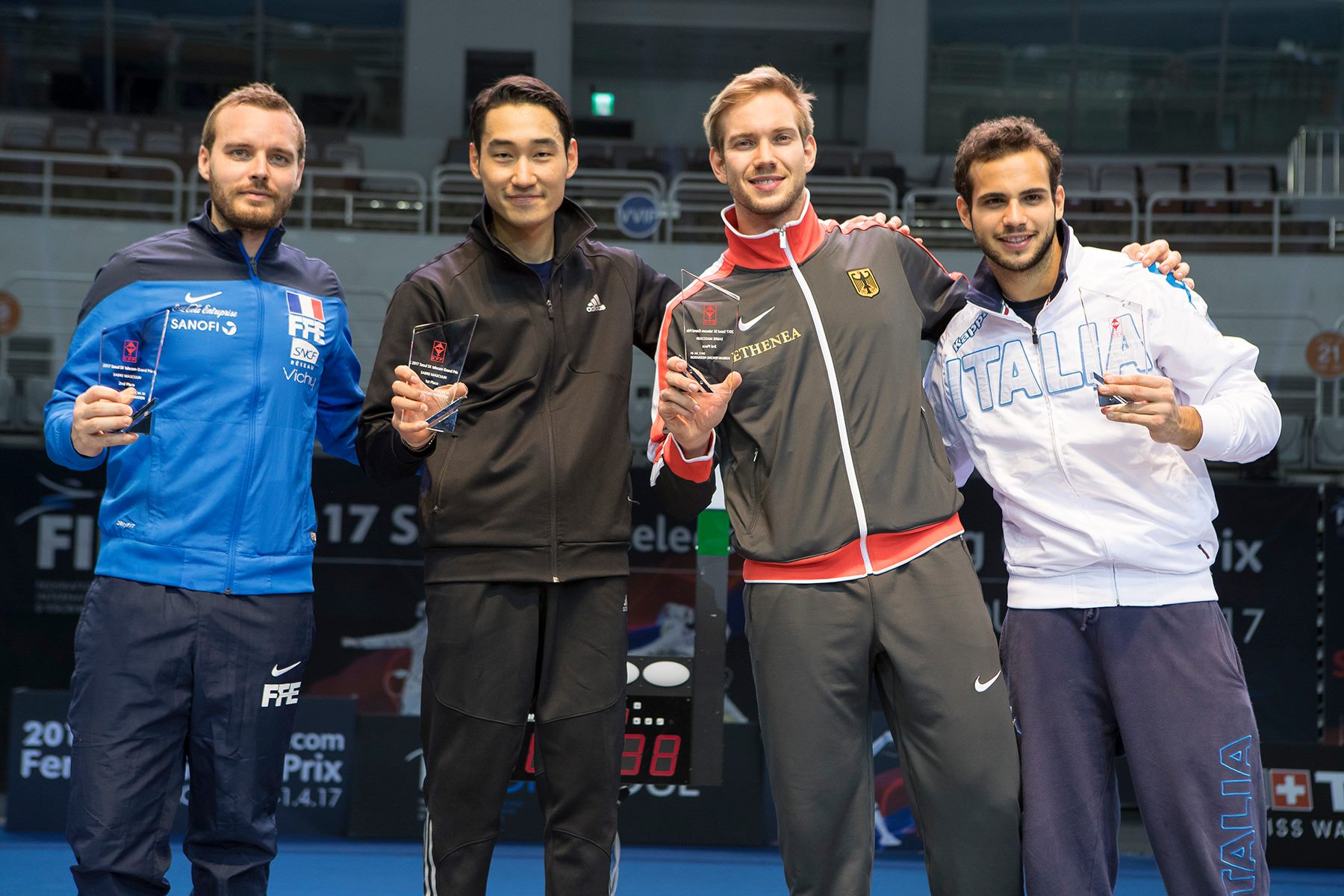 Additional and complete results for the Grand Prix may be found on the FIE Web site, with men’s results located here and women’s results here.