Olympic bronze medallist Korean Jinsung Jung, 33, ranked 19th in the world, defeated Japan’s Kazuyasu Minobe, 29, with a final score of 15-9. Minobe is ranked 5th in the world, making it a very strong finish for the Korean. Jung defeated Italy’s Andrea Santarelli 15-10 in the semi-final round, while Minobe beat Jung’s teammate Kyoungdoo Park in the semis, 10-10 in priority overtime.

With almost 300 fencers in the men’s lineup, this was a major turnout for this key event in the International Fencing Federation’s nine-city series of grand prix events for the 2016-2017 season. 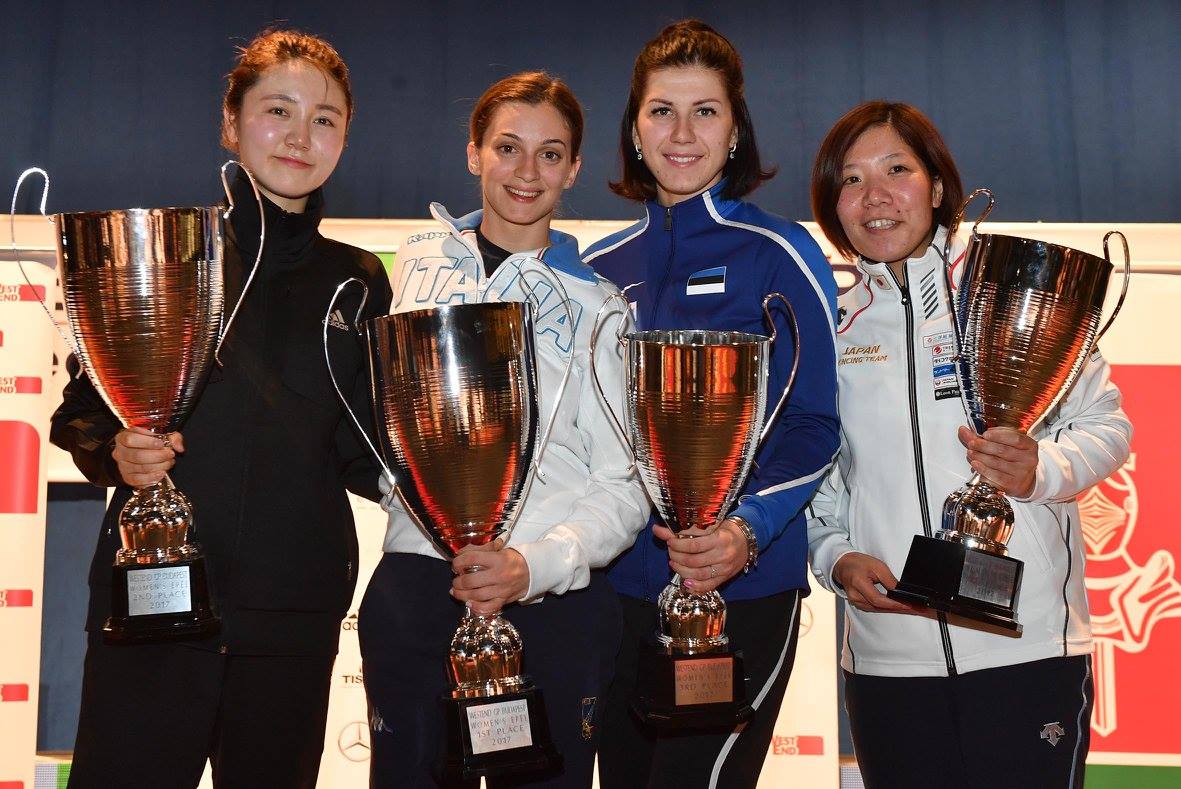 World champion and Olympic silver medallist Rossella Fiamingo, 25, continued her championship career by beating Korea’s Injeong Choi 14-9 in the gold-medal final. Ranked sixth in the world, this was the best finish for the 26-year-old Korean since winning gold at the Xuzhou, China Grand Prix in 2013.

Fiamingo took out 26th-ranked Japan’s Ayaka Shimookawa 15-10 in the semi-final round, while Choi beat Estonia’s world champion Julia Beljajeva 13-10 in the same round. More than 200 women epeeists competed in the event.

Additional and complete results for the Grand Prix may be found on the FIE web site, with men’s results located here and women’s results here.