China’s Yiwen Sun, bronze medalist in the Rio 2016 Olympic Games, won the individual competition, defeating Estonia’s Irina Embrich 15-11 in the gold-medal round. She fenced strong matches against her competitors in the preceding rounds, although a close bout in the round of eight against Germany’s Beate Christmann ended in a low-scoring 3-2 victory. From there, she went on to overtake France’s Melissa Goram in the semi-finals, 15-12. Embrich defeated Hungary’s Olympic champion Emese Szasz (gold, Rio 2016) in the semi-finals, 15-12, to make the final against Sun. 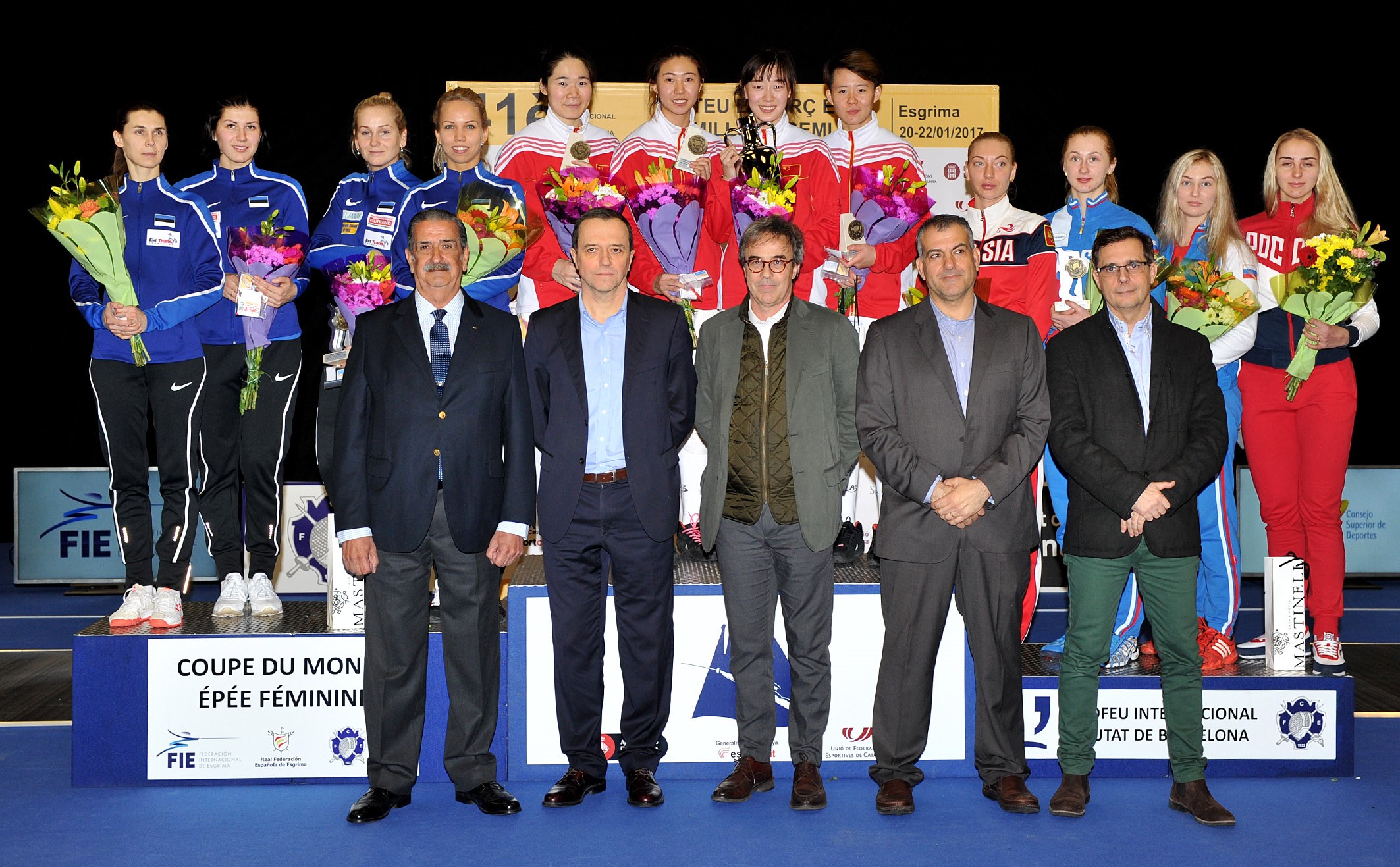 In another lower-scoring but nonetheless spirited final, and a second China-Estonia gold-medal encounter for the weekend event, the Chinese women’s epee team defeated the Estonian ladies 22-21 in the Women’s Epee Team competition. Both teams also had close rounds in the semi-finals, with Estonia beating Russia 32-31 and China overcoming France 45-41. Russia then achieved a third-place win against France, 45-38, to earn the bronze.

The Ciutat de Barcelona was first held on November 3, 1957 and was a men’s epee competition. It has been a women’s epee event since 2005.