Annual Review: A Sword Salute of Olympic Proportions for 2016

LAUSANNE (December 23) – As the sport of fencing enters the New Year and a new Olympic cycle, it can look back on 2016 as a year of precipitous growth, fuelled by an outstanding Summer Games.

The Rio Olympics – the first edition to take place in South America – gave fencing the opportunity to take root in a key growth market, and the International Fencing Federation (FIE) grabbed it with both hands.

The objective was not only to put on a spectacular show, but to use the Games as a platform to promote the sport locally and internationally.

The former goal was achieved through the adoption of innovations such as a new cross-piste formation that media hailed as giving fencing the ‘x-factor’, as well as a series of videos introducing the crowd to the stars of the competition. 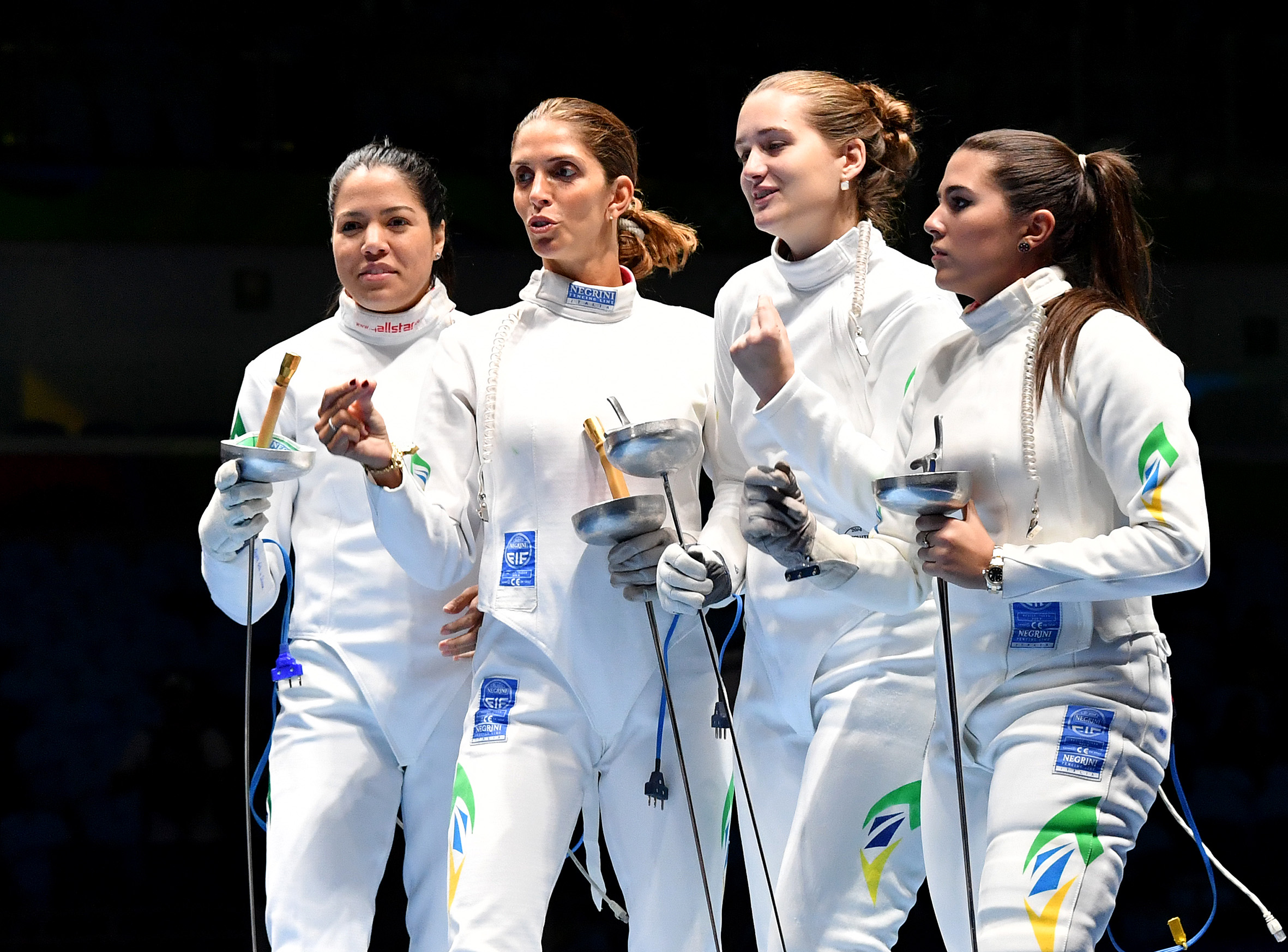 The latter was met through the success of national stars such as Renzo Agresta and Nathalie Moellhausen, and through the achievements of athletes from a diverse range of countries around the world. During nine days of Olympic fencing at the Carioca Arena 3, fencers from four continents were among the medal winners. The crowd even witnessed new countries appearing on the Olympic fencing map in the shape of Ivory Coast and Benin, which were never before present at the Games.

The traditional powerhouse nations also had plenty to boast about: Russia won the most gold medals with four, while Hungary (2), Italy (1) and France (1) also flourished on sport’s greatest stage. 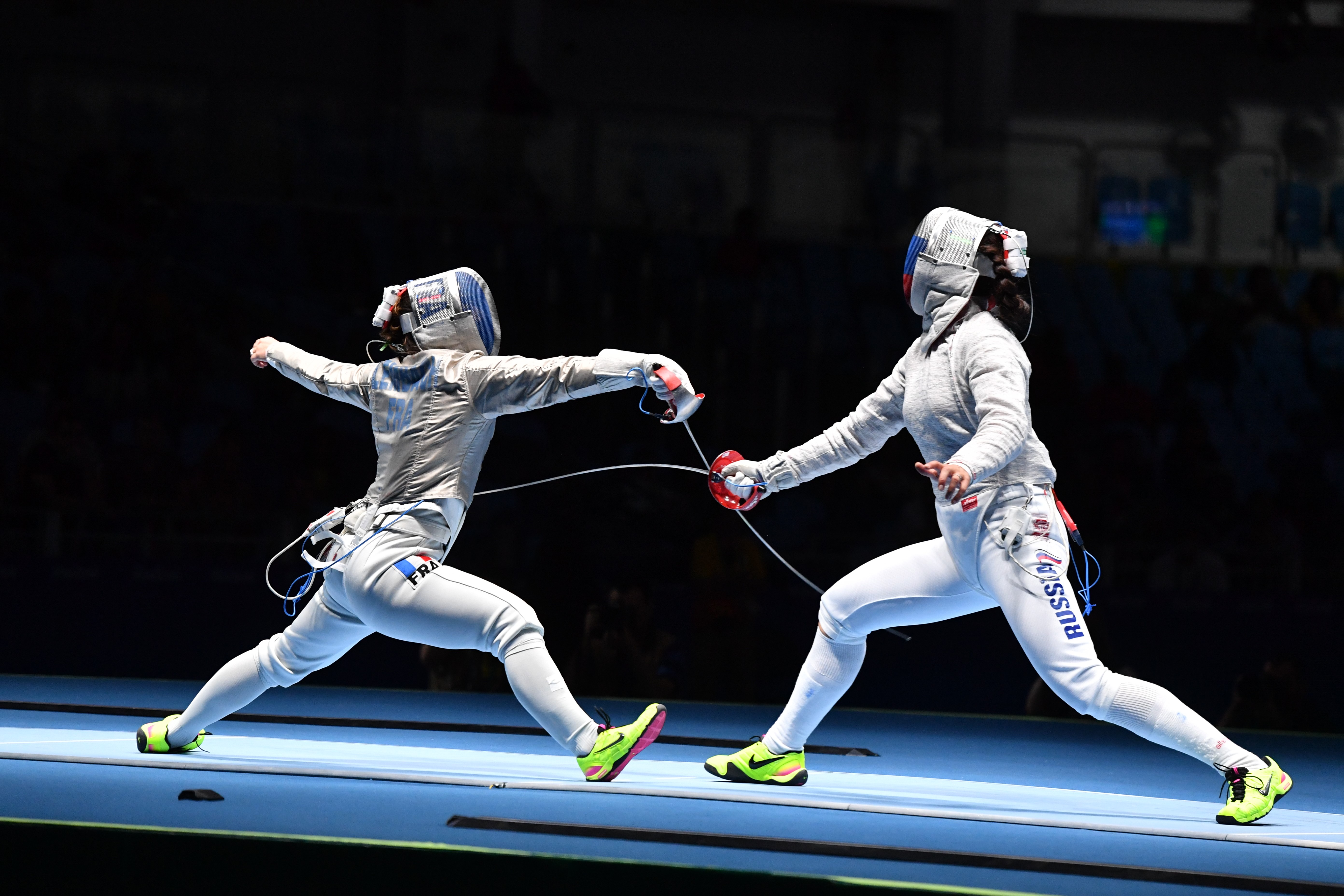 Meanwhile, the FIE’s Sport Initiation programme, allowing ticket-holders to give fencing a try under the supervision of coaches, proved very popular. An unofficial count by organisers put the total number of participants at over 3,000. IOC President Thomas Bach took part in the initiative before watching the men’s team foil final.

Showing the draw of the event, several VIPs, including Italian Prime Minister Matteo Renzi and Hungarian President János Áder, dropped into the Olympic Lounge to support their fencers.

His Royal Highness Albert II, Prince of Monaco, His Excellency Sheikh Saoud Al Thani of Qatar, and American sprinting legend Michael Johnson were also in attendance during the nine days.

The quality of the competition was hailed as the most exhilarating in memory by then FIE Secretary General Frederic Pietruszka, and US television network NBC announced they had shown the most fencing from any Olympics in history. 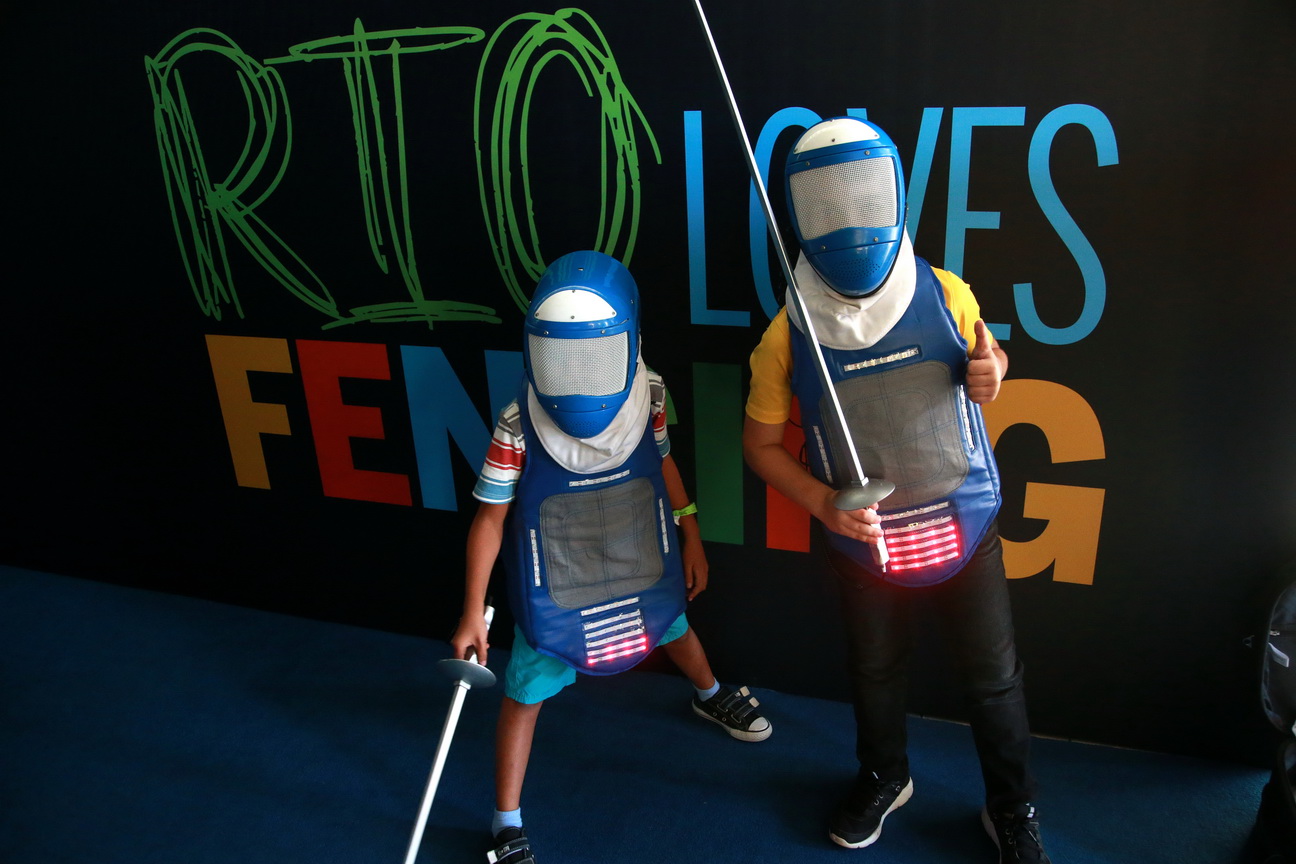 An integrated digital marketing and promotional campaign ensured that the sport would be at the centre of attention not just during two weeks in August, but for the months leading up to the Games and, certainly, the years to follow.

In the run-up to Rio, more than 3,000 schoolchildren in the city learned how to cut, thrust and parry in March and April with the FIE’s Fencing School program.

Twelve national-level coaches worked their through dozens of schools and sports communities all over the city teaching kids the basics of the sport with equipment provided by the International Fencing Federation.

The program started early March and ran until the Olympic fencing test event on April 22-27, when the Rio stage of the Fencing Grand Prix series was held back-to-back with the team world championships at the Carioca Arena 3.

On its mission to further popularize one of the original five Olympic disciplines, the FIE Fencing School program visited a variety of neighbourhoods, from some of the more affluent barrios to Brazil’s biggest favela, Rocinha.

The FIE also launched the first fencing game for mobile platforms just before the Olympics; to date more than 3 million downloads have been registered on iOS and Android devices.

The Road to Rio

The first half of 2016 was packed with unforgettable action as the world’s leading swordsmen and women battled for a place at the Games.

The year began in style in Gdansk, Poland and Paris, France, two top-class World Cup events, and hit top gear in March with the trio of Grands Prix in Havana, Budapest and Seoul.

As the planet’s top fencers were jostling for those coveted Olympic places, it was time for the younger generation to take centre stage as Bourges, France, hosted the annual Cadet and Junior World Championships in early April.

A total of 1,310 fencers registered to take part in the championships, just shy of the record of 1,390 set by Plovdiv, Bulgaria, in 2014. But the number of countries represented, 105, exceeded Plovdiv’s number by three and is a championships record.

The event featured junior men’s and women’s foil, epee and sabre for individual and team events, as well as cadet individual disciplines and mixed events. The semifinals and finals in each discipline were held at the stunning Palais des Sports du Prado.

As the world’s top epeeists gathered in Rio for the Olympic test event later that month along with competitors for the team world championships, athletes in other parts of the world were gearing up for their zonal qualification events in Prague, Wuxi, Algiers and Panama.

These events were full of drama, providing fencers with their last chance at direct qualification for the Games.

As preparations for the Olympic gathered pace, the final report came in from the Carioca Arena 3 that the test event proved to be a huge success, broadcast across Europe and, for the first time, Latin America. 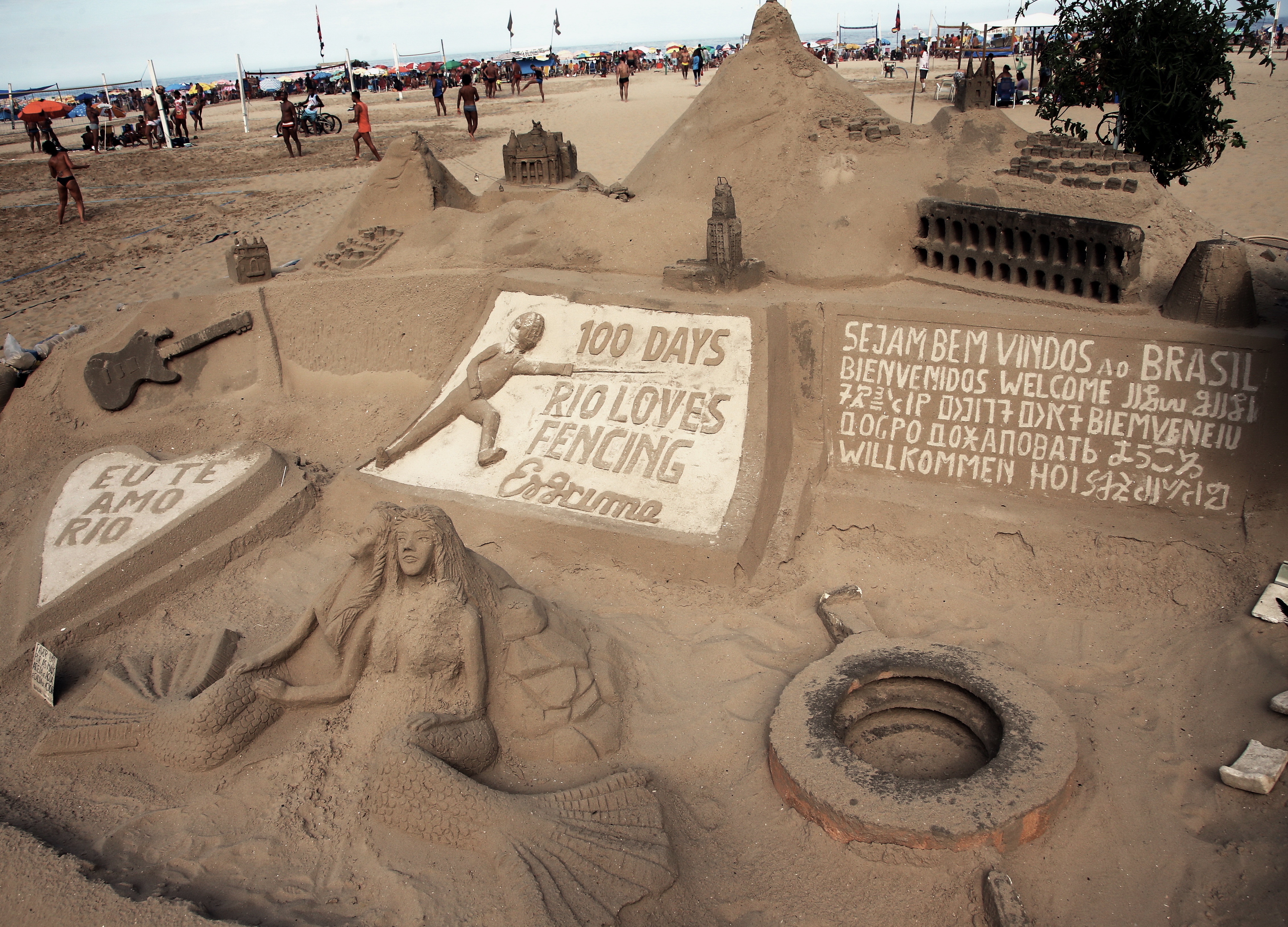 Next came the final two of Grands Prix in Shanghai and Moscow, before the European and Pan American Championships rounded off the pre-Olympic competition calendar.

On the sidelines of the European Championship in Torun, Poland, the European Fencing Confederation elected four-time Olympic sabre champion Stanislav Pozdnyakov as its new President.

After a well-earned break following one of the most successful Olympic competitions ever, the 2016-17 season started with gusto with the women’s foil World Cup in Cancun, Mexico in mid-October.

One of the most important events of the season came at the Ritz-Carlton Hotel in Moscow, Russia, at the end of November, when the International Fencing Federation held its 95th Congress.

The FIE re-elected Alisher Usmanov to the Presidency for a third-successive term.

Lunging into the New Year 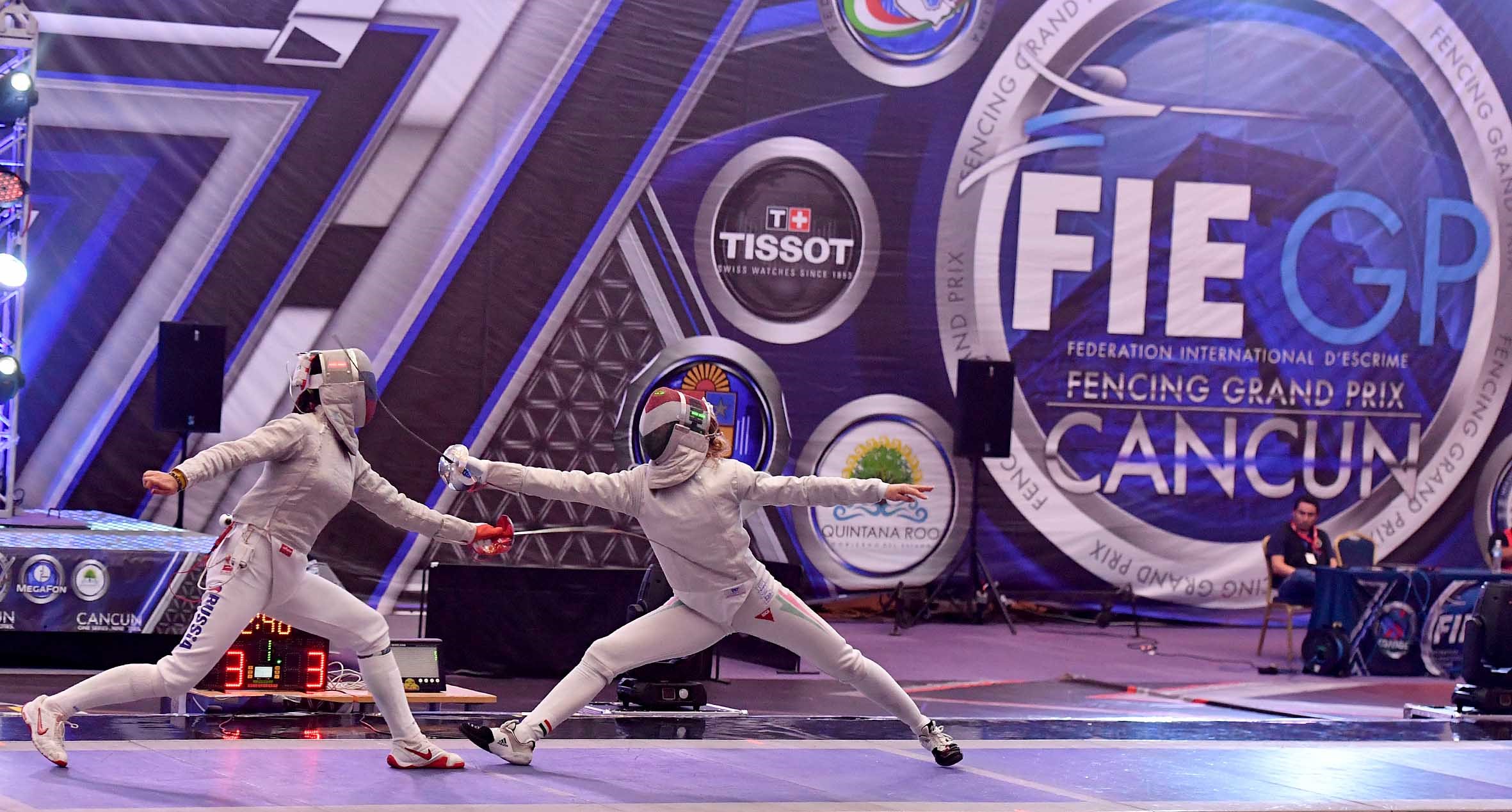 From the Cancun season-opener there were 10 further World Cup events on four continents in the weeks that followed, as the season quickly built up to the first trio of Grands Prix in December.

These were historic events for the FIE because they were the first to be broadcast live on the Olympic Channel, an exciting new platform launched by the International Olympic Committee during the Games.

The FIE signed a memorandum of understanding with the Olympic Broadcast Services before the Olympics and will be providing content and cooperation to the channel in order to ensure the sport of fencing features heavily on the platform in the months and years to come.

Competition-wise, the traditional curtain-raising Grand Prix in Turin got the 2016-17 season off to a flying start, and Doha followed up in typically lavish style.

It was fitting that the final Grand Prix of 2016 should be held in a new location - Cancun, Mexico – showing the intentions of the sport to spread into even more territories and to engage with new audiences. The event was a resounding success.

The FIE thanks the fencing community around the world at all levels for its support in 2016, a truly momentous year for our sport.