The Pan American Sports Organization (PASO) invited and financed, and the Sports Institute of the Federal District in conjunction with the Mexican Fencing Federation organised from 6 to 12 September 2014, in Mexico City the first ever PAN AMERICAN SPORTS FESTIVAL with the participation of one athlete per weapon from each one of the countries within the Pan American continent. This festival has been aimed at helping the countries to benefit from competition preparation prior to the 2015 Pan American Games which will be held in Toronto, Canada.

EVENTS WITHIN THE OFFICIAL CALENDAR OF THE INTERNATIONAL FENCING FEDERATION, CANCÚN, MEXICO

For the very first time, the Aztec country has organised an event within the International Federation World Cup. Within a week (from 11 to 19 October), Cancún will welcome more than 250 athletes for the four different competitions:

In the Juvenile Sabre Cup competition, Italy won the gold medal thanks to Eugenio Castello, the silver went to Lecci Marco and the bronze was won by Bonsanto Francesco, the remaining bronze went to Adrián Acuña from México.

Mexico won the gold medal in the women's foil satellite competition thanks to Nataly Michel, the silver medal was won by Irem Karameter from Turkey and the bronze medals went to Alana Goldie from Canada and the Japanese athlete, Karin Miyawaki.

In Category A of the World Cup, Arianna Errigo from Italy won the gold medal, while the silver went to Korea thanks to Lim Seung Min, and the bronze medals went to France and Korea, thanks to Gaelle Gebet and Kim Mina, respectively.

In the Category A by Teams of the World Cup, Russia beat France and the third place was for Italy. 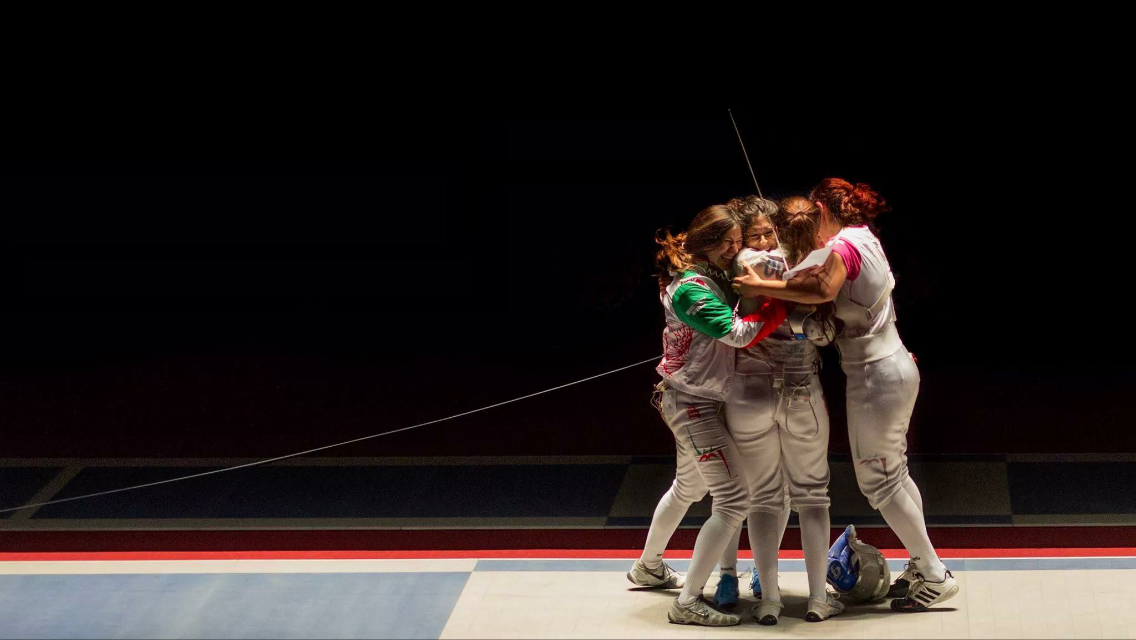 Between 15 and 20 November, Mexico hosted the 22nd edition of the Central American and Caribbean Games. This was the fourth time Mexico hosted these games (1926, 1954, 1990 and 2014), which, after the Olympic Games, are the oldest regional multi-sport games in the world and the ones with the longest standing tradition, given that they have been held every four years since 1926, without any interruptions.

The Mexican city of Xalapa, in the State of Veracruz, witnessed a historic performance by the Mexican fencing team, winning three gold medals, three silver medals and four bronze medals. 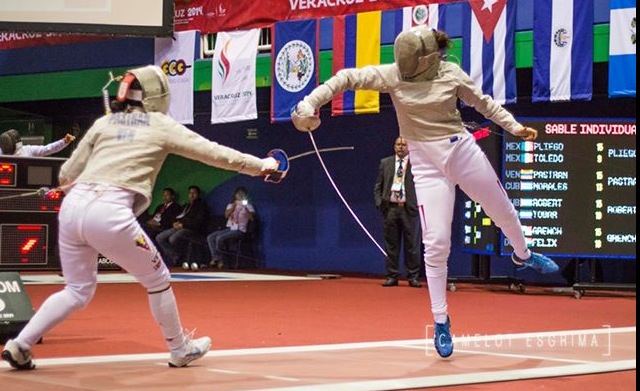 With the participation of 15 countries from Europe and the American continent, the tourist city of Cancún once again hosts a Satellite Tournament, this time it is the women's sabre, in which the Mexican team managed to win a silver medal thanks to Paola Pliego and a bronze went to Úrsula González. The gold was won by Belén Pérez Maurice from Argentina, and the remaining bronze went to Sage Palmedo from the United States.

The first competition which proclaims Fair Play as its main principle, enjoying the participation of several countries from Europe and the American continent, striving towards the dissemination and better understanding of Fair Play throughout the world.

Spain excelled in this event and took home the gold medal thanks to Araceli Navarro and her sabre, the silver medal went to Heydys Valentín of the Dominican Republic and the bronze medals were for the Venezuelan Patricia Contreras and the Mexican Anilú Valencia.

The event was presided over by the President of the International Committee for Fair Play, Jenö Kamuti, as well as its treasurer Bert Van der Flier and Pilar Roldan, the only Mexican Olympic medallist (silver in the 1968 Olympic Games), who during a gala dinner acknowledged the participants and awarded the fair play attitude of Araceli Navarro from Spain and Jorge Castro, President of the Mexican Fencing Federation.

Thanks to these four months filled with activities, Mexican fencing continues to grow and these achievements will undoubtedly lead to bigger and better ones.