PANAMA CITY, Panama (June 26) – Venezuela and the United States fenced their way to team gold at the Pan American Championships in Panama City on Friday. 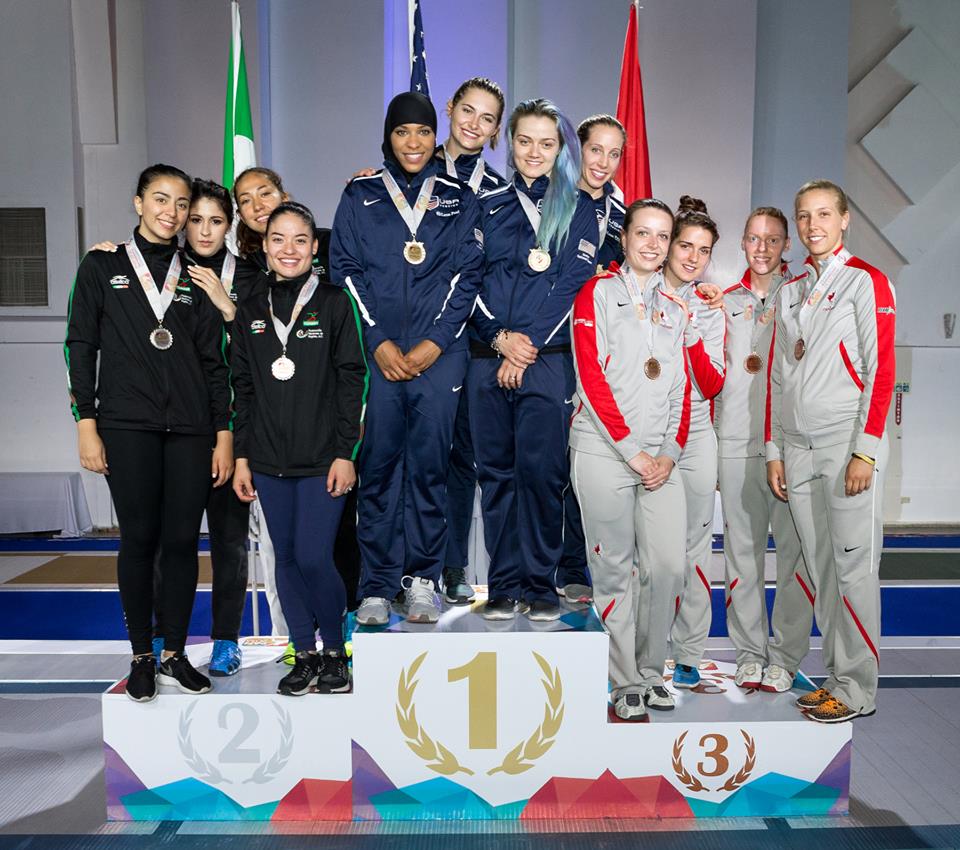 The bronze medal went to Canada, which beat Venezuela 45-42 in the third-place playoff.

The Canadians claimed their first gold medal of the championships on Friday with a nail-biting 45-44 defeat of the United States in the women’s team epee.

The United States went one better in the men’s team foil, however, with Race Imboden, Alexander Massialas, Gerek Meinhardt and David Willette securing a 45-38 victory over Brazil for the gold medal.

America’s Lee Kiefer maintained her fine run of form with victory in the women’s foil.

Kiefer finished in the top three in her previous three competitions and beat her teammate Nicole Ross 15-7 to make it four. Canadians Kelleigh Ryan and Alanna Goldie won the bronze.

On Wednesday, Muhammad was crowned Pan American champion in women’s sabre after her opponent in the final, Zagunis, withdrew through injury.