Team glory for Russia at the European Championships

TORUŃ, Poland (June 23) – Russia triumphed in the first two team events of the European Championships on Thursday, collecting gold in the men’s foil and women’s sabre.

Ukraine claimed the bronze with a 45-42 win over Poland. The action continues Friday in the men’s team epee and the women’s team foil. 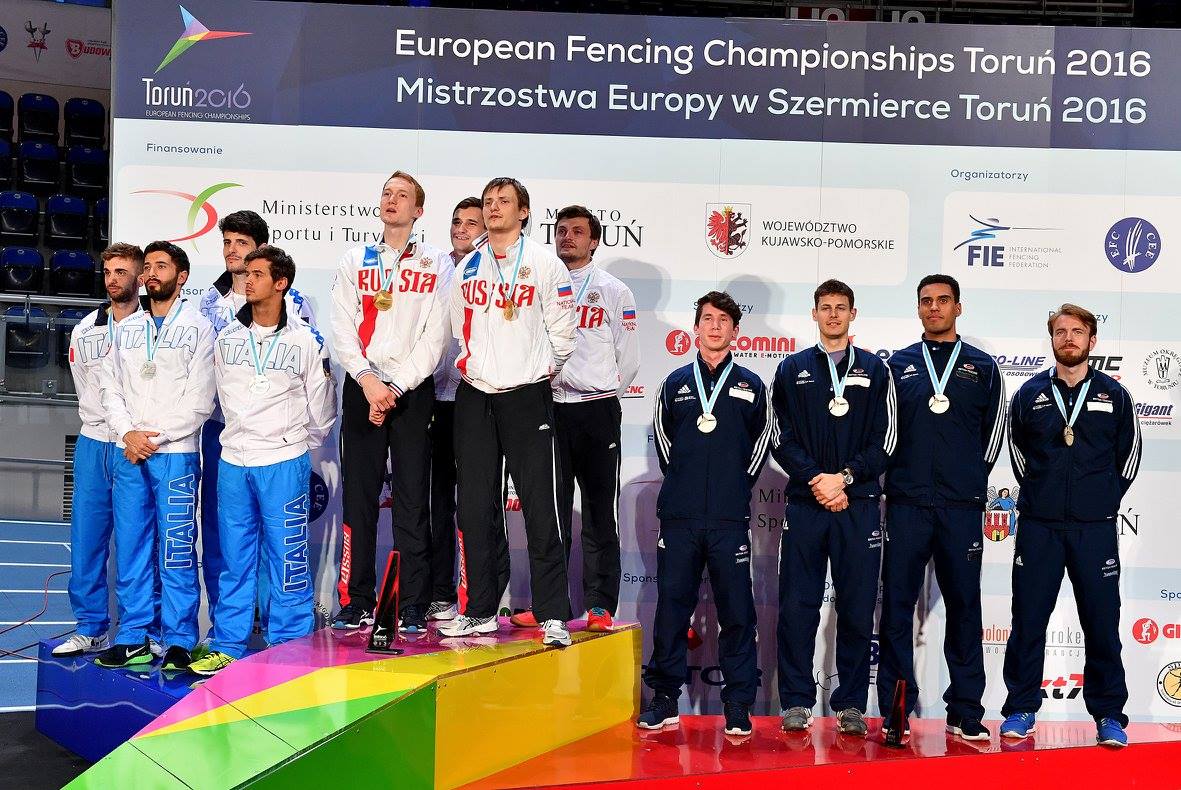 In the men’s epee, meanwhile, Yannick Borel claimed the gold with a 15-12 win over Germany’s Max Heinzer.

On Monday, the first day of the championships, Russians Sofya Velikaya and Timur Safin won European gold. Velikaya, the world No. 1, beat Hungary’s Anna Marton 15-7 in the final of the women’s sabre to round off a fantastic season on a high.