It was a first title of the season for the 20th-ranked Gherman. Popescu, nine places higher in the world rankings, missed out on a second after a World Cup victory in Nanjing in November. 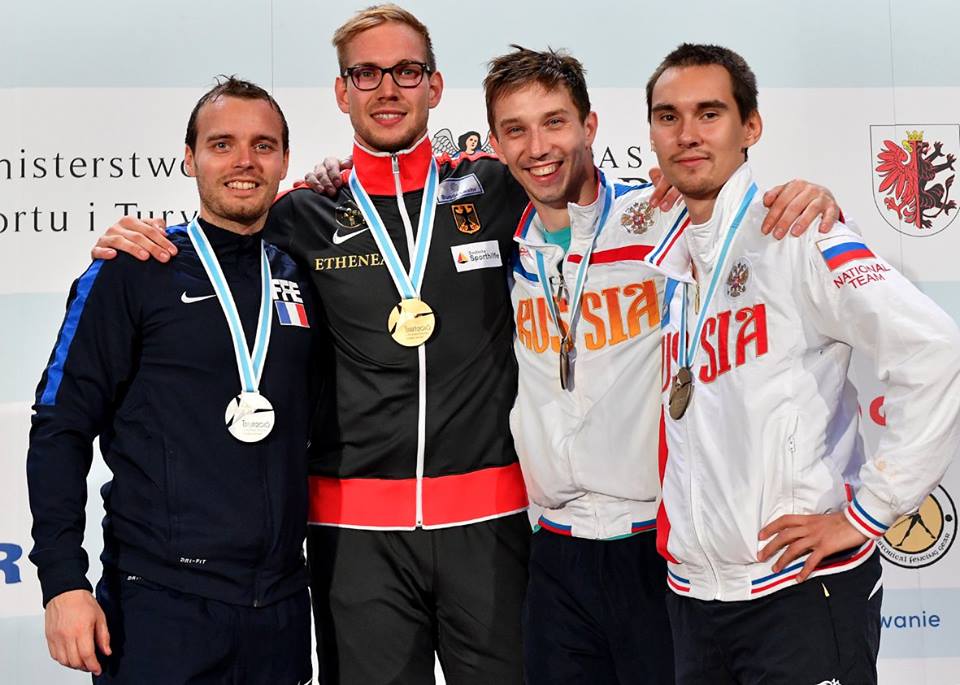 The men’s sabre result mirrored the women’s epee: The world No. 20, Benedikt Wagner of Germany, beat France’s Vincent Anstett, the world No. 11, to clinch the European title and his first competition win of the season.

World No. 1 Alexey Yakimenko and his Russian teammate Kamil Ibragimov shared bronze. Day four of the championships, Thursday, sees the start of the team competitions in men’s foil and women’s sabre.

On Tuesday, Arianna Errigo of Italy clinched a narrow 15-14 victory over Aida Shanaeva to win the women’s foil title.

Errigo, the world No. 1, had to dig deep to hold off the seventh-ranked Russian to continue a fine run of form ahead of the Olympics in Rio this August.

In the men’s epee, meanwhile, Yannick Borel claimed the gold with a 15-12 win over Germany’s Max Heinzer.

On Monday, the first day of the championships, Russians Sofya Velikaya and Timur Safin won European gold. Velikaya, the world No. 1, beat Hungary’s Anna Marton 15-7 in the final of the women’s sabre to round off a fantastic season on a high.