MOSCOW (May 29) – Olga Kharlan of Ukraine successfully defended her Moscow Sabre Grand Prix title on Sunday with a 15-13 defeat of US star Mariel Zagunis in an exhilarating final.

The world No. 3 raced into a 7-2 lead but Zagunis, the Olympic gold medalist from Athens and Beijing, mounted a stirring comeback, forcing Kharlan to dig deep for victory.

“For me it’s good preparation for the Olympic Games,” Kharlan said. “She changed her tactics and came back – Mariel was so strong today – but I was happy I could win.”

Russia’s Yuliya Gavrilova and Irene Vecchi of Italy shared the bronze. The world No. 1 and London 2012 silver medalist Sofya Velikaya lost 15-11 to her compatriot Gavrilova in the quarterfinals.

A raft of top-ranked fencers was ousted in the round of 64 including Cecilia Berder of France, the world No. 7; ninth-ranked Vassiliki Vougiouka of Greece; and Ibtihaj Muhammad, the world No. 11 from the United States.

The bronze was shared by Vincent Anstett of France and local fencer Nikolay Kovalev.

Moscow Sabre was the last chance to win ranking points for athletes from Asia and Africa, while the Europeans and Pan-Americans in the field still have their respective zonal championships in late June. 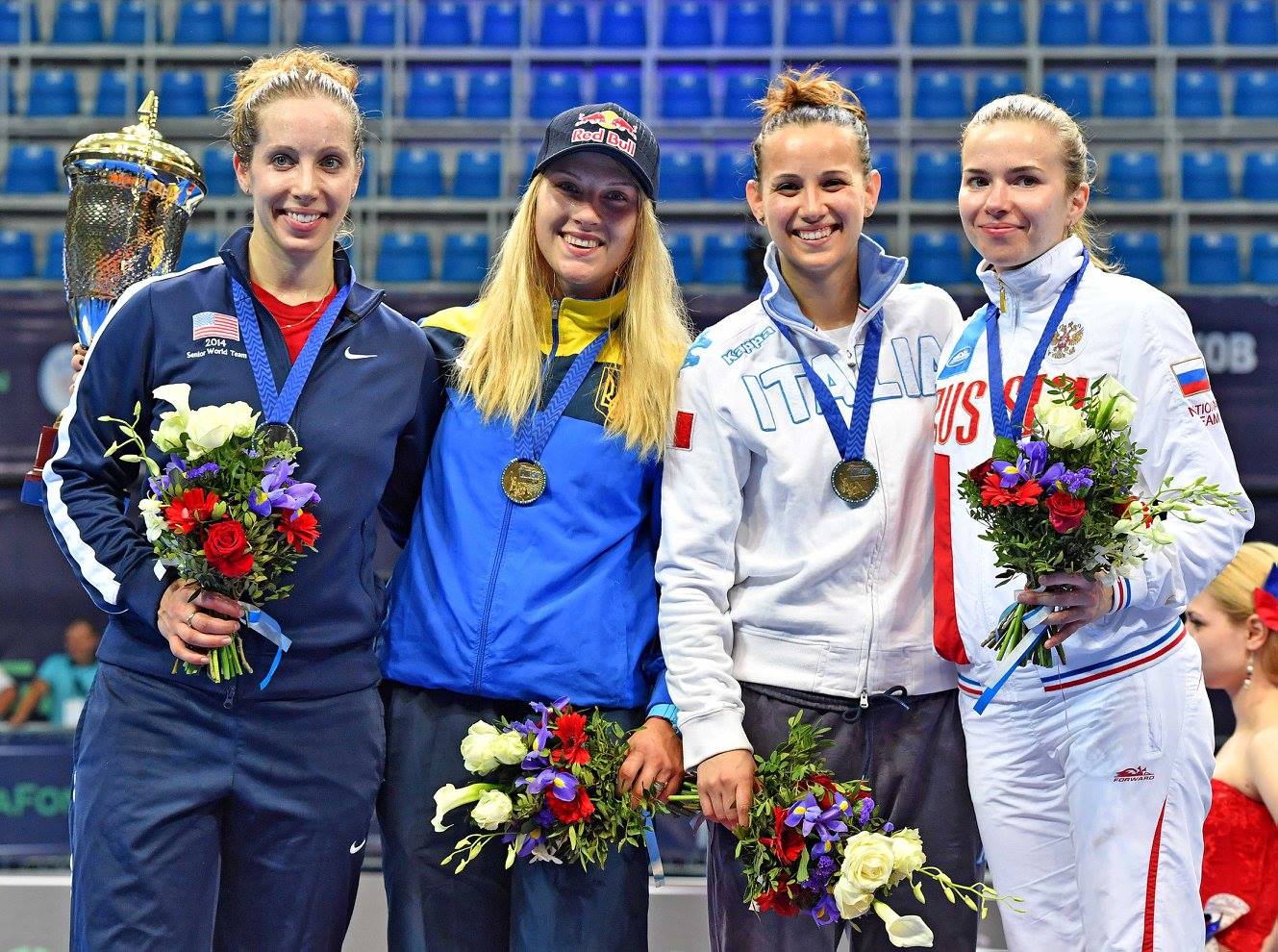