MOSCOW (May 28) – World No. 3 Kim Junghwan of South Korea warmed up for the Rio Olympics in style on Saturday, winning the Moscow Sabre Fencing Grand Prix.

“I was ready for this Grand Prix, I’ve been training very hard,” Kim said. “Today I feel very lucky. There are two months to go until the Olympics and I’m doing my best training now. I’m looking forward to Rio.”

The world’s top two were knocked out at the quarterfinals stage: Topranked Alexei Yakimenko of Russia fell to his countryman Nikolai Kovalev, while world No. 48 Xu dispatched Aron Szilagyi of Hungary 15-10.

It was a commanding performance from Kim throughout the tournament: The closest anybody got to beating the 32-year-old was Russia’s Kovalev, who lost 15-12.

Moscow Sabre was the last Grand Prix of the season in that weapon, and for Kim and the other Asians and Africans in the field the final chance to win ranking points ahead of the Rio Olympics.

The European and Pan-American contingent still have their zonal championships to come at the end of June.

The Moscow Sabre Grand Prix was held in front of an enthusiastic crowd at the Sports Palace Druzhba near Luzhniki Stadium.

The women’s event is Sunday. (Cont..) 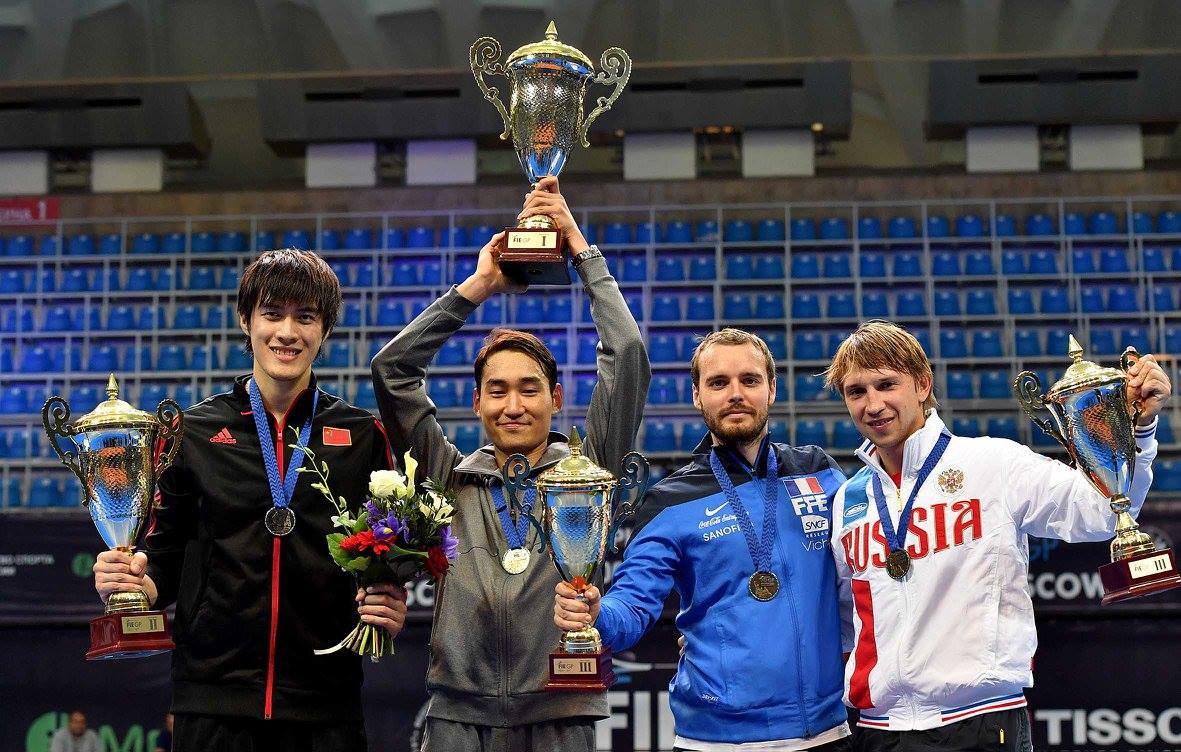 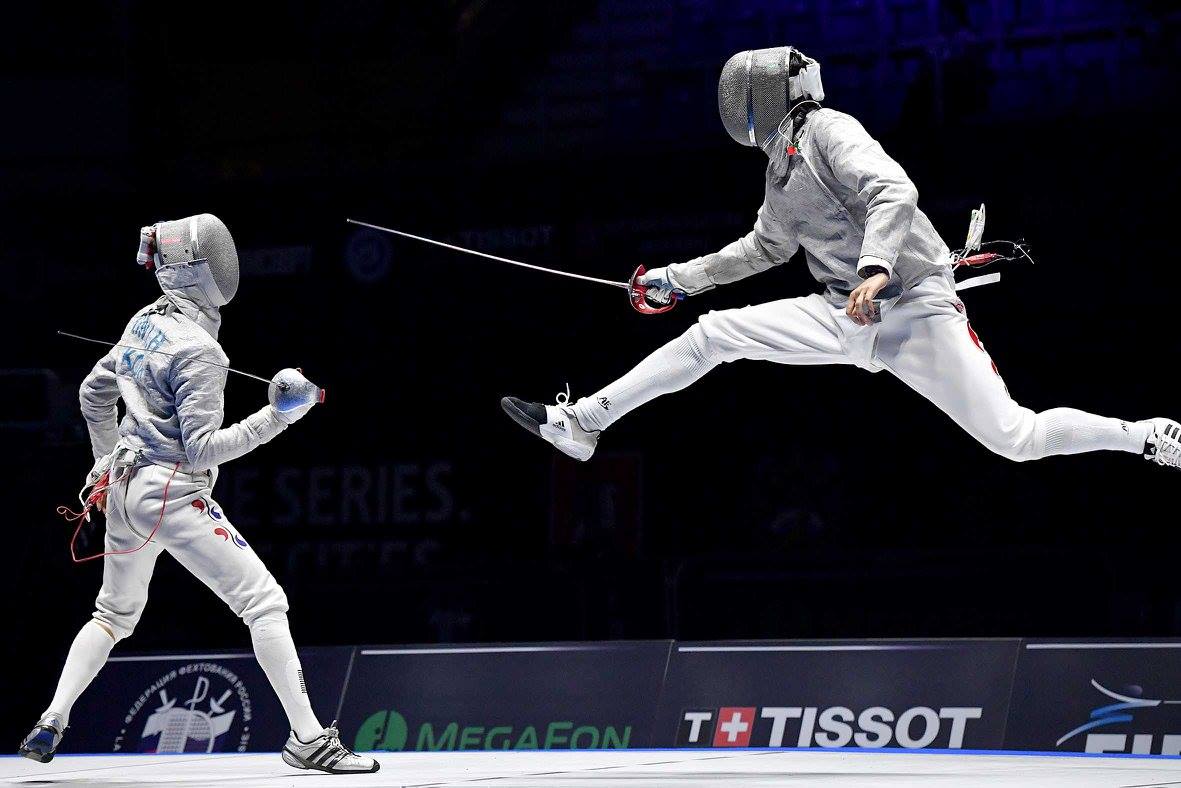