Two-thousand-and-sixteen is a key year for the FIE, not only in terms of Olympic preparations, but also from the standpoint of youth development. Celebrating the pinnacle of our sport in Rio this summer does not mean we forget about the grass roots of fencing and the importance of creating a pipeline of future champions on every continent.

It is in this spirit that we mark a key milestone in Budapest with the inauguration of the FIE Coaching Academy, which welcomed its first students in January.

This is the second educational centre run entirely by the FIE, following the opening of the International School for Fencing Masters in Dakar, Senegal. And it won’t be the last, either: The FIE’s strategic development plan to enhance fencing education worldwide envisages a coaching centre to open on each continent in the coming years.

Negotiations with the Hungarian Fencing Federation to open the Budapest FIE Coaching Academy started immediately after the 2013 World Fencing Championships in the city. Two years and a half later, thanks to the concerted efforts of the FIE and local authorities to find a suitable venue, the Academy is fully operational at its location in the 13th District of Budapest, close to the Danube and Margaret Island.

Taking a closer look at the program, the Academy is offering two three-month courses this year, the first in January and the second in April. Twenty-six students will take part in each course, an intensive Monday-to-Friday program of six-hour days over the 12 week period, totalling 360 classes. The students sit a final exam at the end of the course.

The selected experts teaching the course in each weapon are well-renowned fencing coaches: Ioan Pop for sabre, Bela Kopetka for epee and for foil, Zoltan Bernat.

For the theoretical subjects, the FIE Coaching Academy enjoys the support of the Hungarian University of Physical Education, which is teaching modules in psychology, pedagogy, training-methodology, physiology and strategic management for a total of 60 classes. The university is no novice in fencing coaching as a long-standing partner of Olympic Solidarity: From the nine fencing coaches to have been awarded Olympic Scholarships, seven chose to study at the University of Physical Education in Budapest.

The cooperation between the FIE Coaching Academy and the University of Physical Education is officially recognised by the Ministry of Education, thus creating an internationally convertible diploma for fencing coaches graduating in Budapest – an important step in the professionalization of coaching, an activity that still has a large volunteer force.

The first course at the Academy has been greeted with much enthusiasm by the European fencing federations, showing the appetite for programs of this kind. Statistics from Olympic Solidarity show fencing is the No. 2 sport in terms of applications for Olympic Scholarships for coaches.

Some facts and figures: It is of great encouragement to the FIE that some 18 countries are represented on the first course: Austria, Azerbaijan, Belarus, Bulgaria, Cyprus, Finland, Britain, Greece, Hungary, Italy, Lithuania, Macedonia, Romania, Serbia, Slovakia, Spain, Sweden and Ukraine. Of the 26 coaches, 14 are men and 12 are women, with one Olympic medallist in their midst: Zsolt Nemcsik of Hungary, who won silver in the individual sabre in Athens.

The second course, starting April 5, will be launched alongside the FIE Athletes

Career Program. Six places on the course will be reserved for athletes wanting to remain in the sport after hanging up their weapons. The second course will be open to coaches from Asia, while the six candidates from the ACP will be selected from all over the world – the application process is open now. 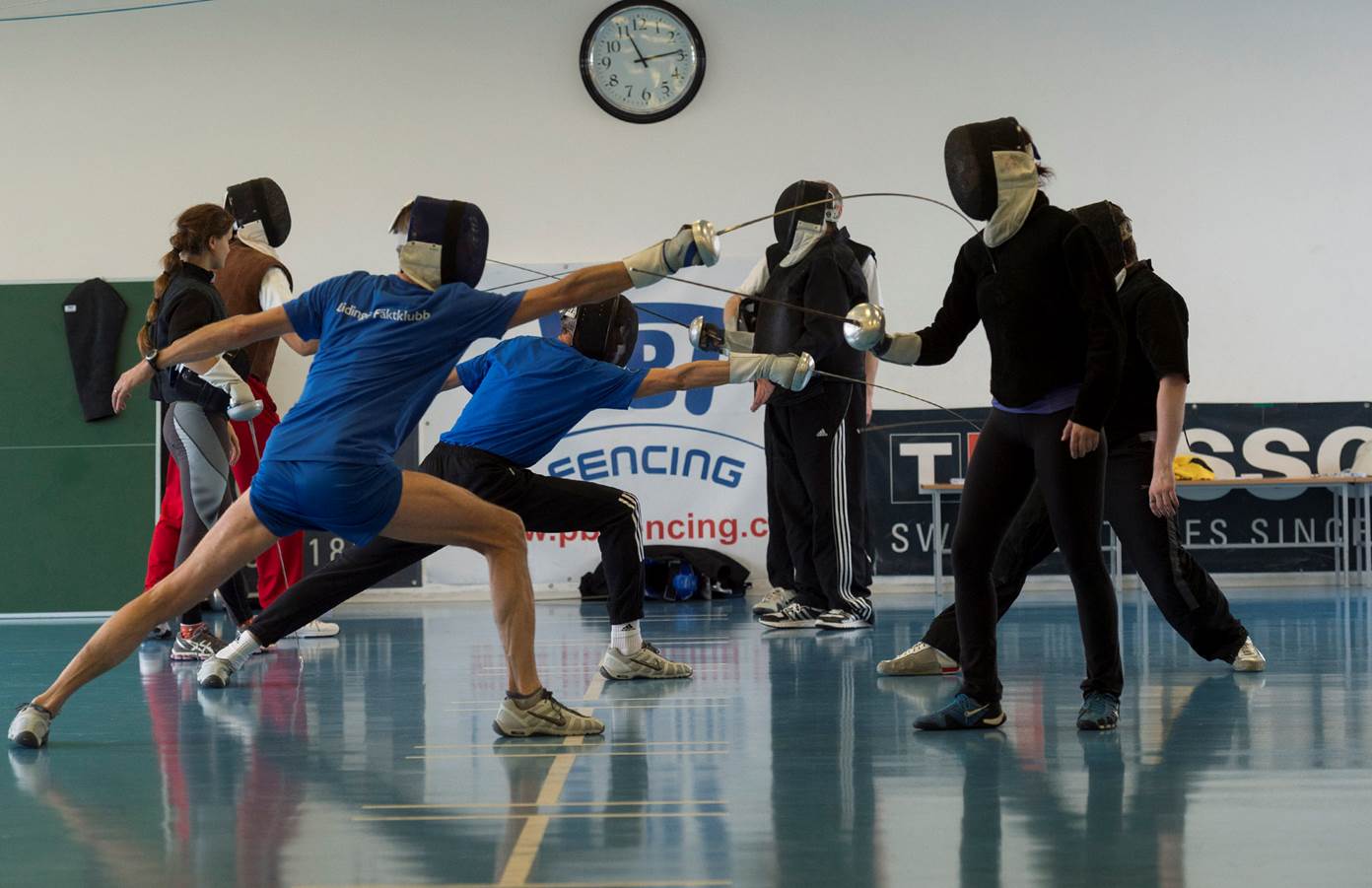