Together with Velikaya, Ukraine's Olga Kharlan is the only other fencer to achieve that feat as she won both the women's individual and team sabre event in 2013. Ukraine grabbed their fifth silver medal in this event, after 2007, 2010, 2011 and 2012. No other team has finished second in this event more than three times.

Defending champions United States beat Poland 45-33 to claim the bronze medal. They have won this event three times in total, but never at back-to-back world championships.

It was United States' fourth bronze medal in this event. No other team (Azerbaijan, France) has claimed more than three bronze medals in women's team sabre. 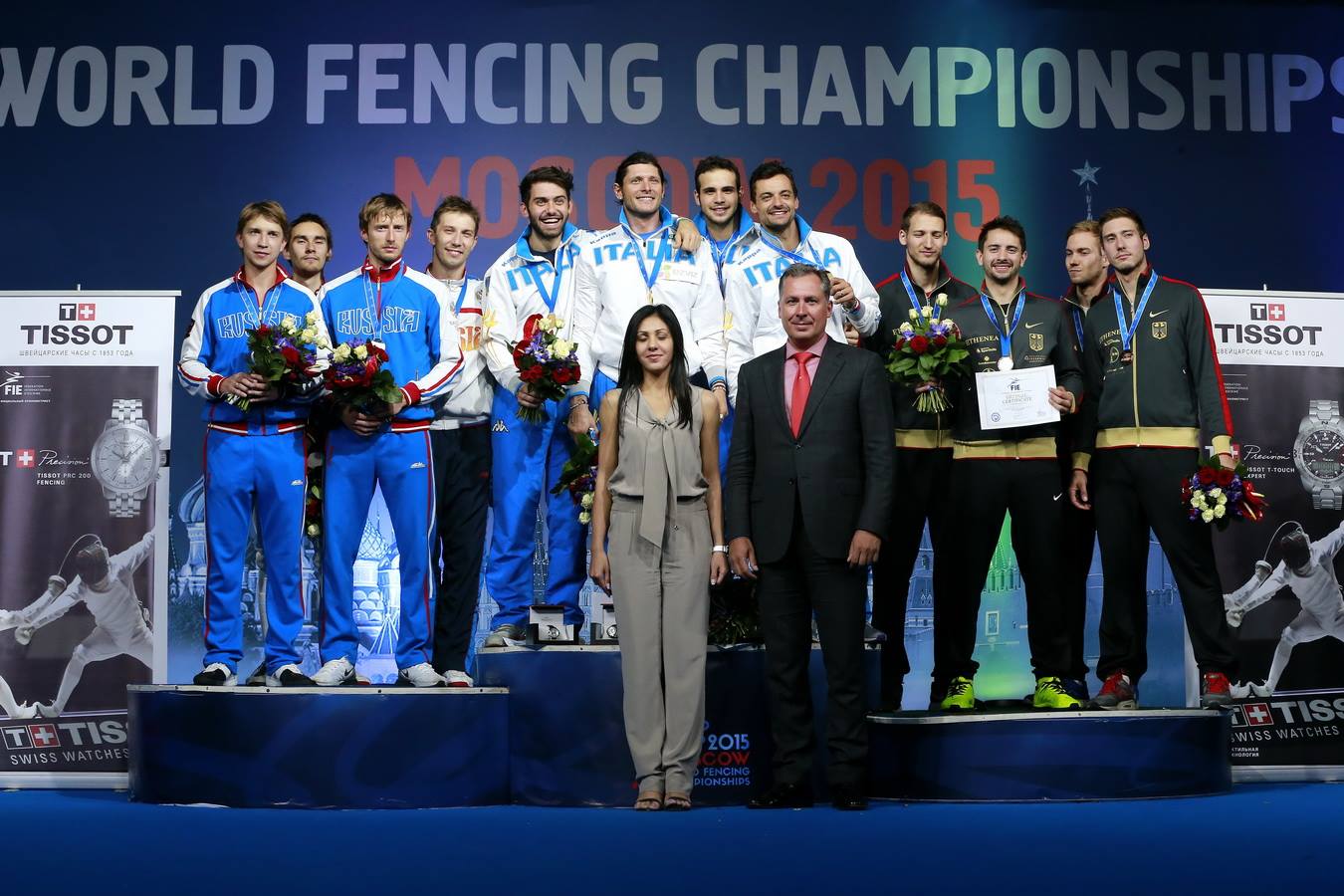 Ever since their last gold medal in 1995, Italy had claimed four silver and two bronze medals in this event. The last time they finished on the podium was in 2011 when they took the bronze. Aldo Montano (ITA, 1978) won his seventh medal in men's team sabre and his first gold.