Rossella Fiamingo (ITA) won women's individual épée at the 2015 world championships in Moscow to become the first woman to win back-to-back world titles in this event since Laura Flessel-Colovic (FRA) in 1998-1999. Fiamingo joined Flessel-Colovic (1998 and 1999) and Mariann Horvath (HUN, 1991 and 1992) as the only women with multiple world titles in this event. This was the third gold medal for Italy in this event, equalling France and Hungary on most wins.

Xu Angi (CHN) won her third medal at the world championships and her first in an individual event, after two silver medals in women's team épée in 2011 and 2013. 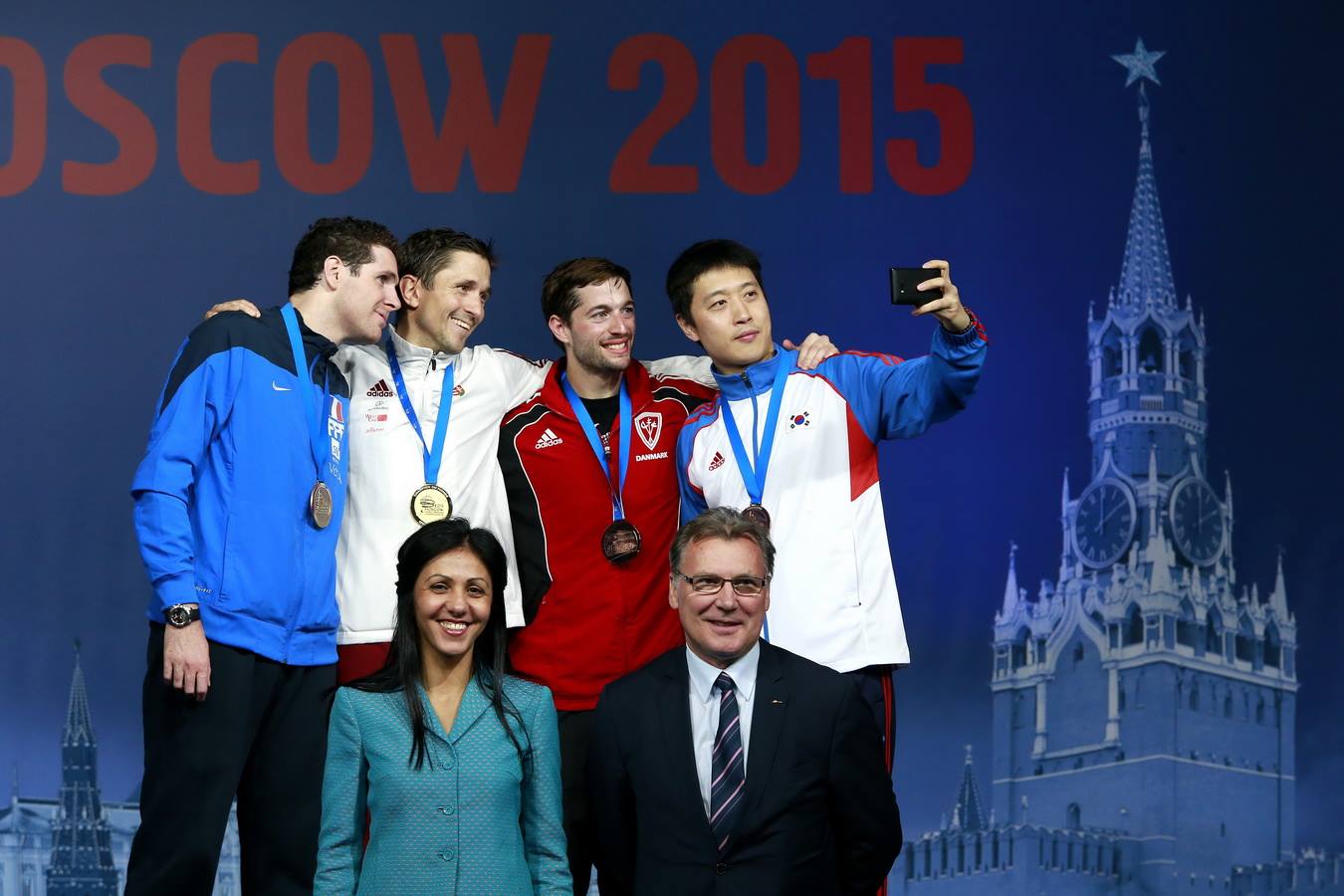 Gauthier Grumier (FRA) took silver, his third medal in this event after silver in 2010 and bronze in 2014. Grumier has now won nine medals in total at the world championships, only Christian D'Oriola (FRA, 13), Ulrich Robeiri (FRA, 10) and Eric Srecki (FRA, 10) have won more among French male fencers.