The final day of fencing at the 2015 European Games in Baku, Azerbaijan featured men’s team foil and epee along with women’s team sabre events. On the day before the Games’ closing ceremony, fencing featured action and energy for a very engaged and vocal audience.

Women’s team sabre gave Ukraine’s fencing Olympic superstar Olga Kharlan a chance to duel her way to gold after losing in early rounds in the individual event. Ukraine fought a tough battle against Italy, with the score staying very close until Kharlan was able to pull ahead in the final and ninth round, winning by only two touches, 45-43. The bronze match wasn’t as close, with Russia handily defeating France 45-29.

France claimed gold against Russia in men’s team epee, an experienced and precision-oriented team that relatively easily defeated Russia 45-32. The bronze-medal match between Italy and Switzerland finished with Italy winning 44-40, only after first giving the win to the Swiss in a referee error involving non-combativity and priority in the final round. While first appearing to be a Swiss victory, the match resumed and Italy prevailed.

Men’s team foil, the final match of the evening, finished with Great Britain beating Italy in a close 45-41 competition. Olympian and British champion Richard Kruse led his teammates throughout the match to ensure they had just the edge needed to overcome the very tactical Italians. In the bronze match, Russia defeated France 45-33.

Overall, a strong finish to fencing at the first-ever European Games gave ticketholders a show well worth watching, and an opportunity to see some well-established Olympic fencers along with a diverse set of newcomers as they take on the Road to Rio. 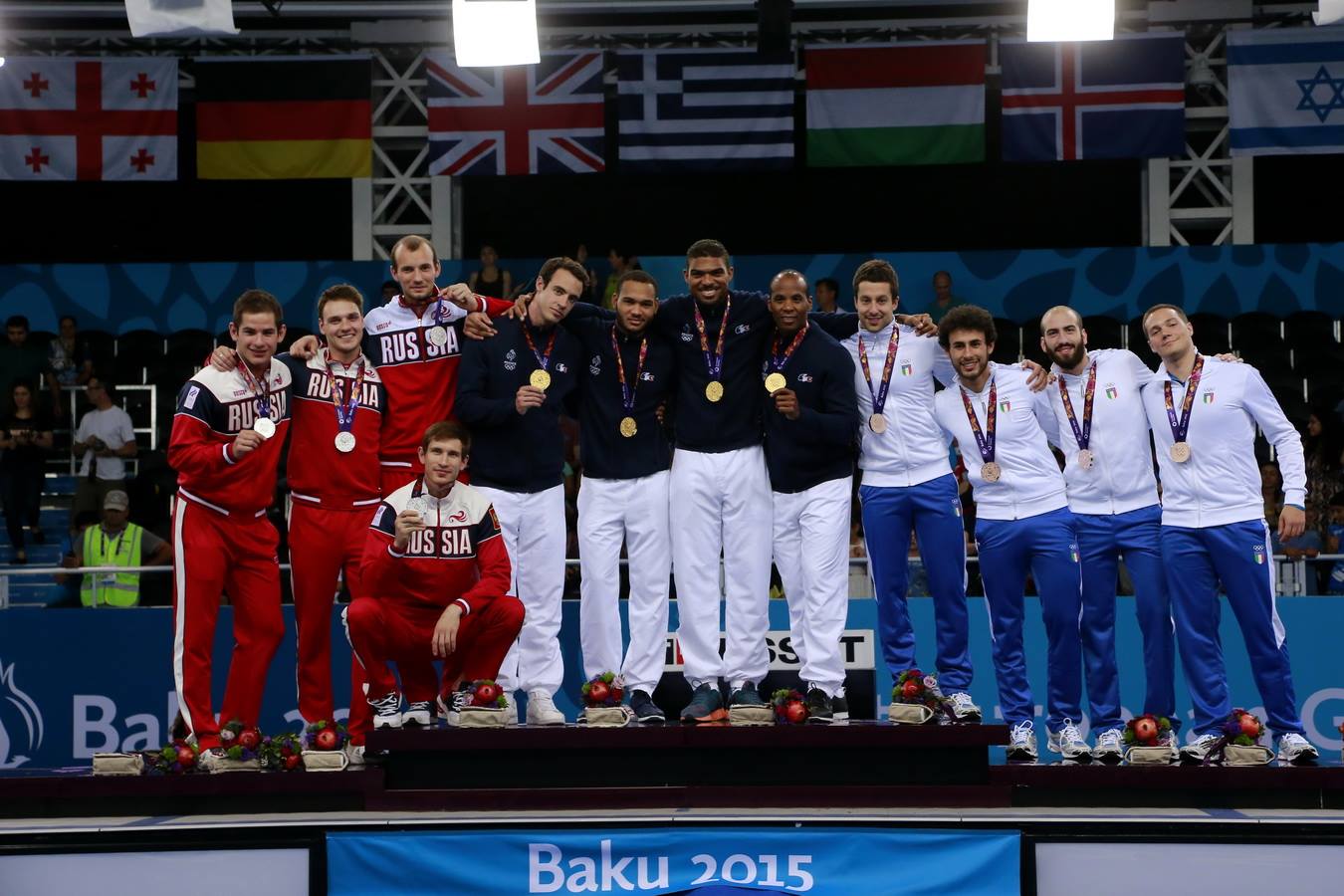 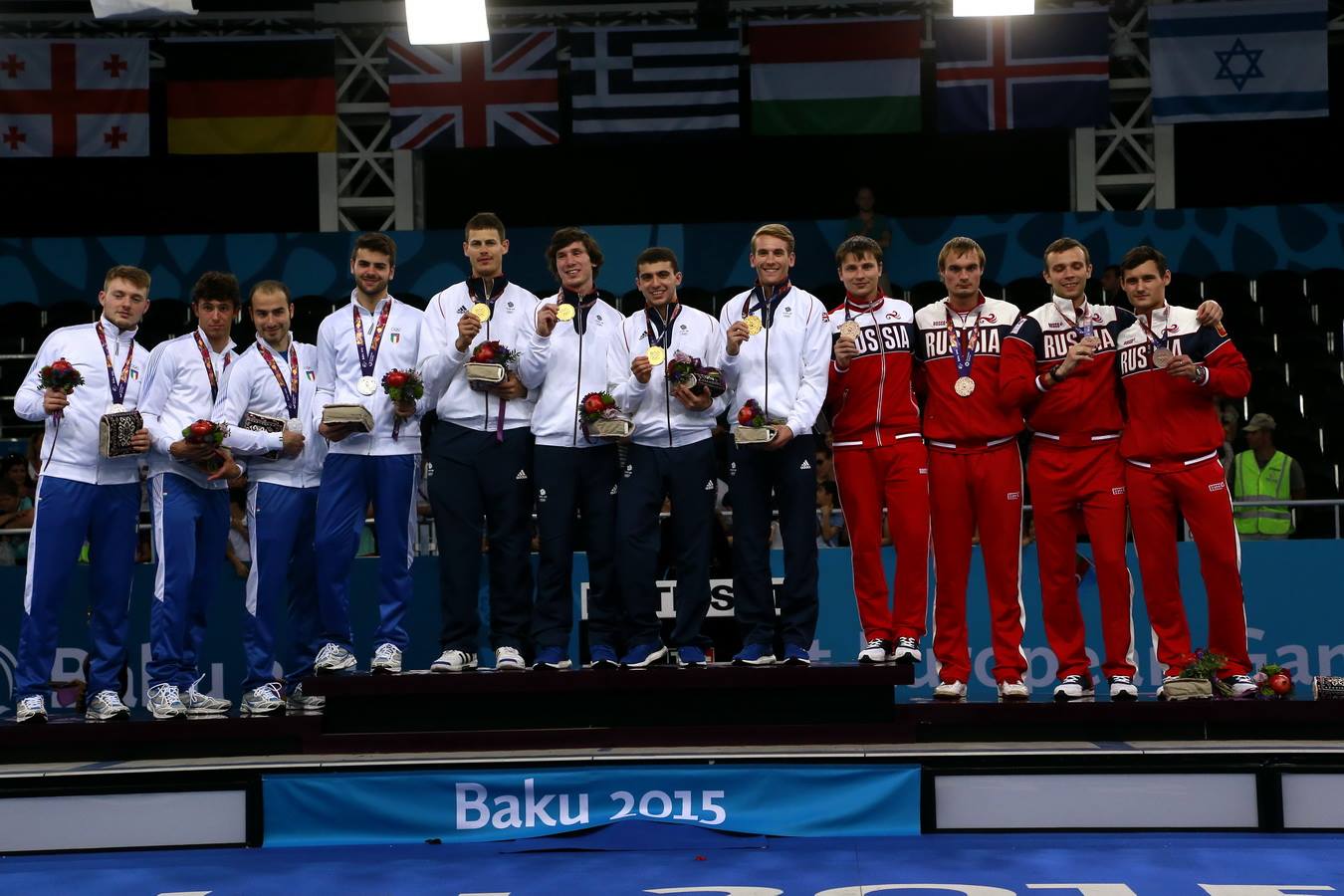