CAIRO, Egypt, July 21, 2022—Korea won the gold medal in men’s team sabre and women’s team epee at the 2022 Cairo Fencing World Championships. It was the fourth of six days that include 12 gold-medal events in men’s and women’s individual and team competition in epee, foil and sabre. In all, 32 men’s and 33 women’s teams participated in today’s sabre and epee events. The Championships are taking place at the Indoor Halls Complex of the Cairo International Stadium, Nasr City.

In the men’s team sabre event, Korea faced Hungary in the final match, winning with a 45-37 score. This was the fourth consecutive World Championship gold medal in men’s team sabre for Korea, as well as being the reigning Olympic champions from Tokyo 2020. Three of its fencers—Sanguk Oh, Bongil Gu and Junho Kim—have participated in each of these five events. In the semifinal round, Hungary defeated Italy, 45-42, while Korea beat Germany, 45-39. The bronze medal went to Italy over Germany, 45-42.

“This was the fourth world gold medal for our country, and when we arrived, we were worried if we could achieve that, but we did”, said Korean men’s sabre team fencer Junghwan Kim. “We had tough matches today with France, and Germany was the toughest for us today. Since the Olympics, the people in our country have supported us, and we hope this will help continue that.” 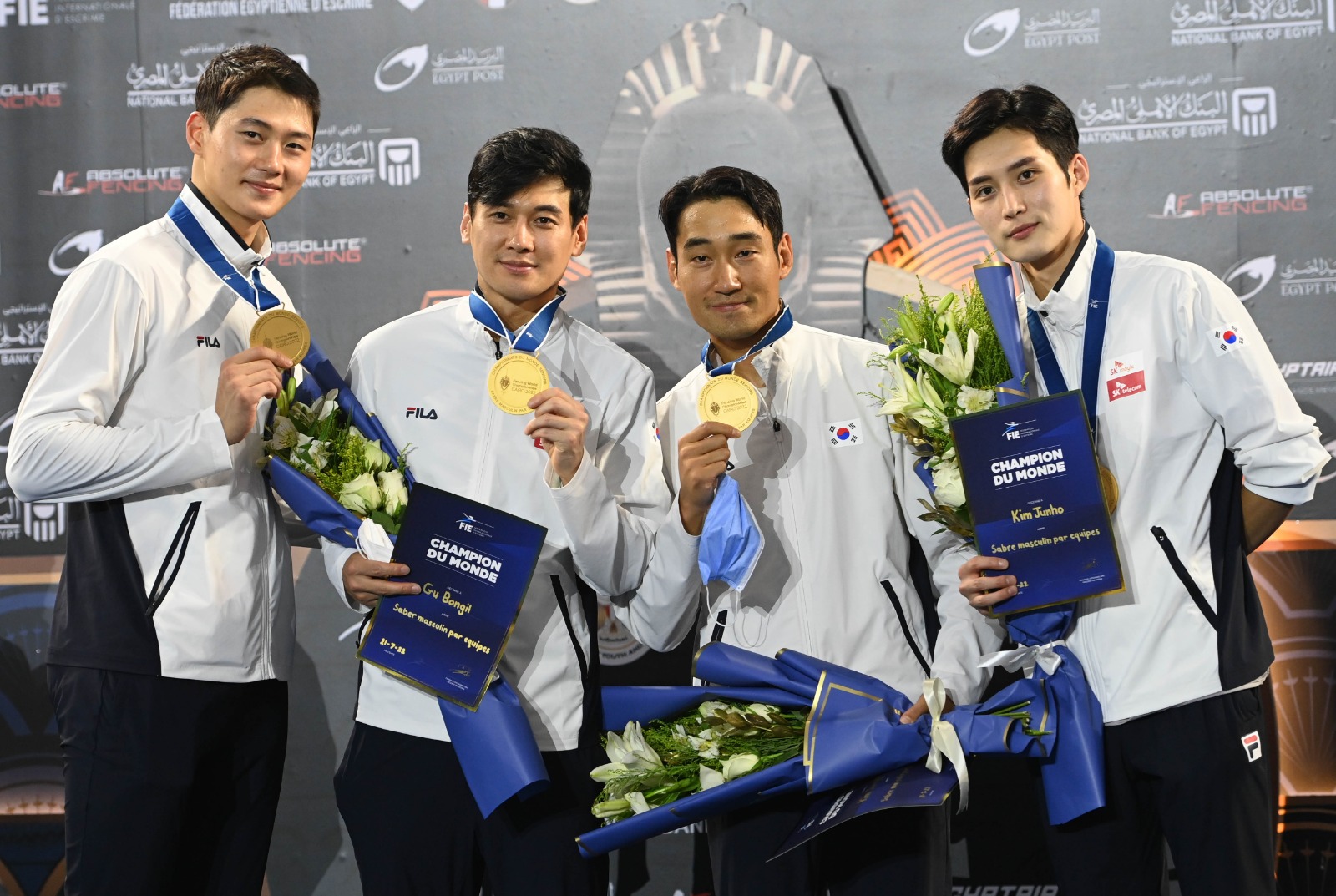 In the women’s team epee event, Korea faced Italy in the final match, winning with a 45-37 score. In the semifinal round, Italy defeated France, 30-29, while Korea beat Poland, 45-28. The bronze medal went to Poland over France, 34-33. This is Korea’s first World Championship gold medal in women’s team epee.

“We always wanted to be world champions, but never expected it and we are overwhelmed”, said Korean women’s epee team fencer Young Mi Kang. “We were getting nervous as the points got closer and closer towards the end of the match, but we overcame it and won.” 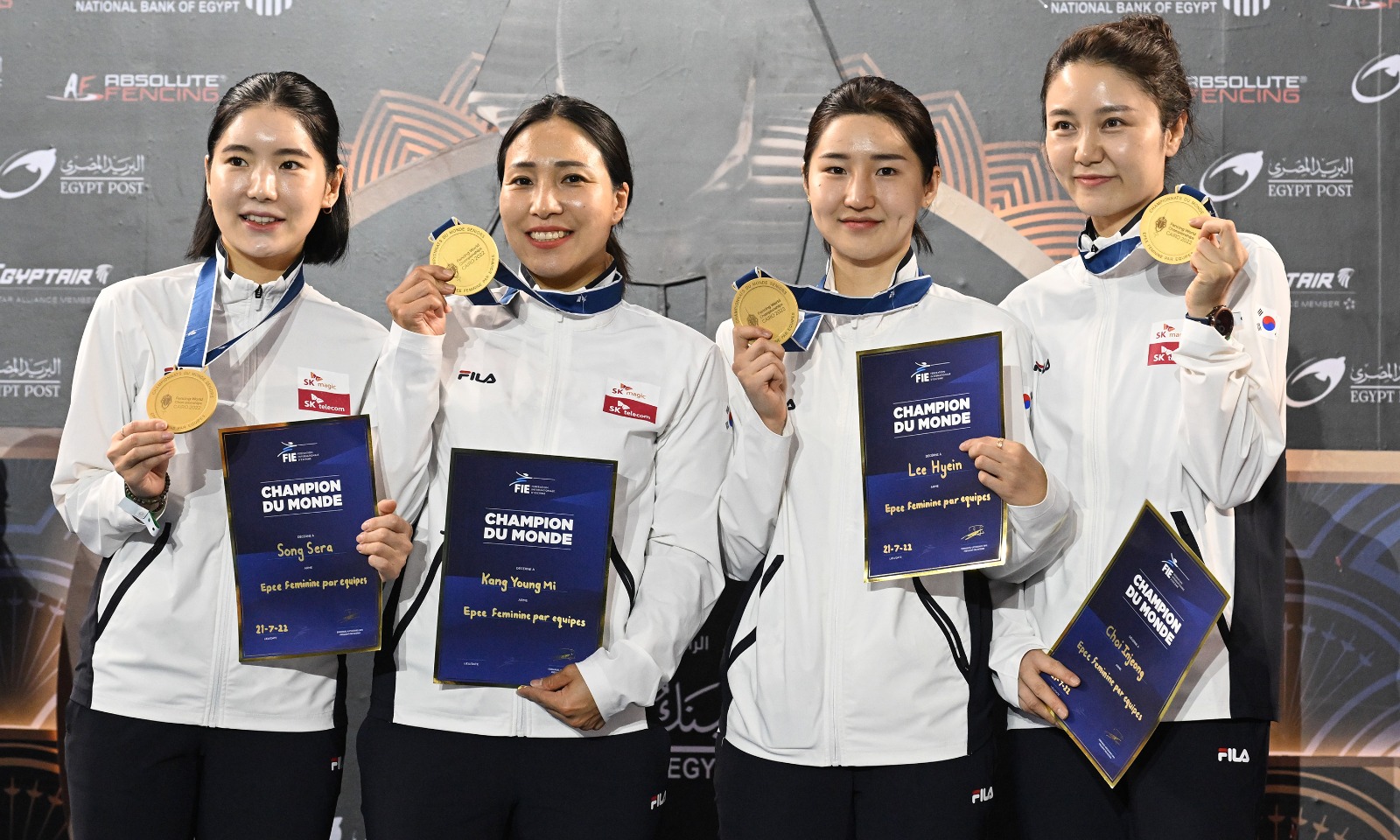 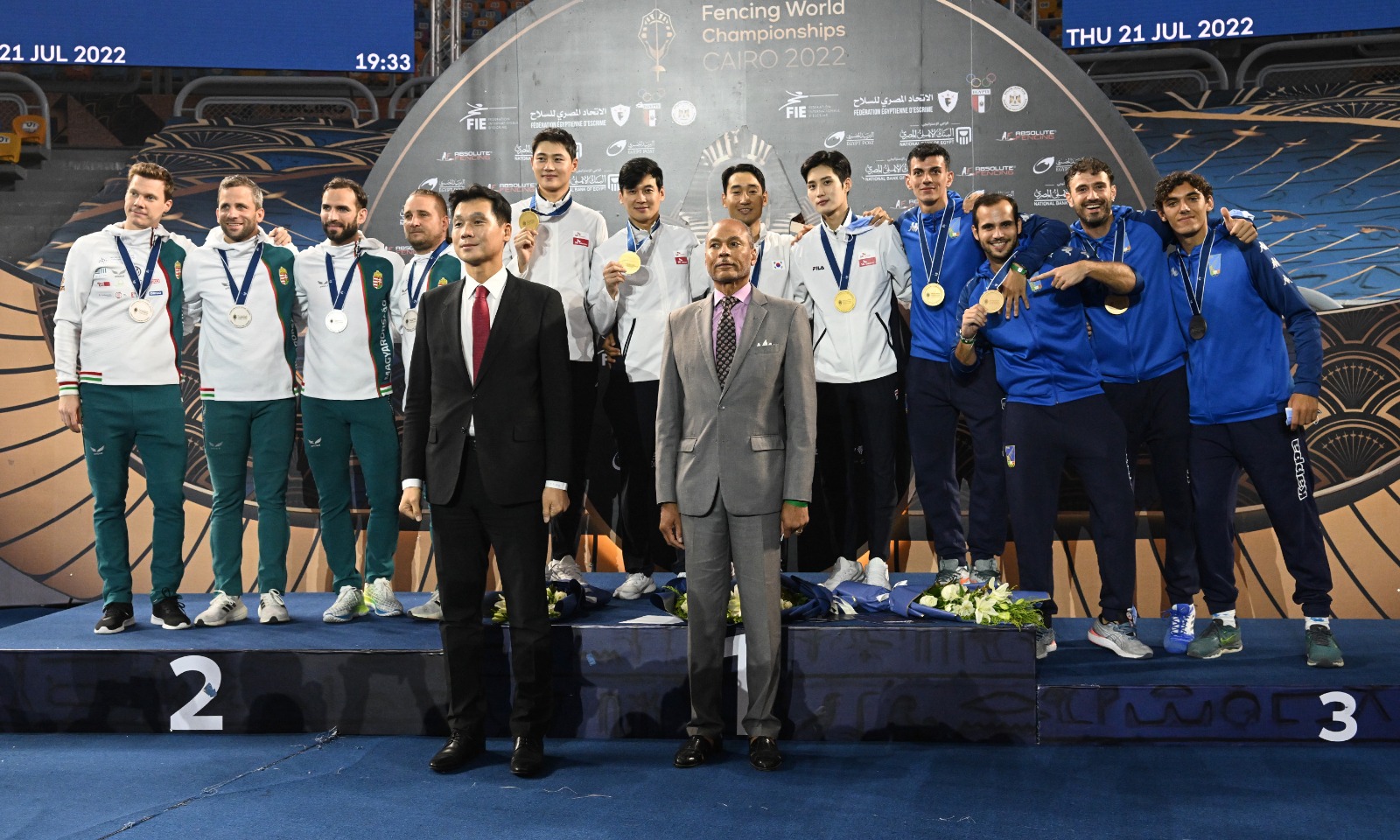