DUBAI, United Arab Emirates, April 7, 2022—Italy and USA won the gold medals in men’s and women’s junior team foil at the 2022 Junior and Cadet Fencing World Championships. It was the sixth of nine days of fencing, with a total of 18 events taking place at the City’s Hamdan Sports Complex. There were 37 men’s and 32 women’s teams participating.

In junior men’s team foil, Italy won the gold medal with a 45-28 score against France in the final match. France won against Hungary in the semifinal round, 45-42, while Italy beat Poland, 45-30. The bronze medal went to Hungary over Poland, 45-41.

“It feels so amazing, I’ve been waiting for this moment for three days and maybe even for a lifetime”, said Italy’s Damiano Di Veroli. “Today each touch was difficult, but we scored, many of them. Now it’s a memory!” 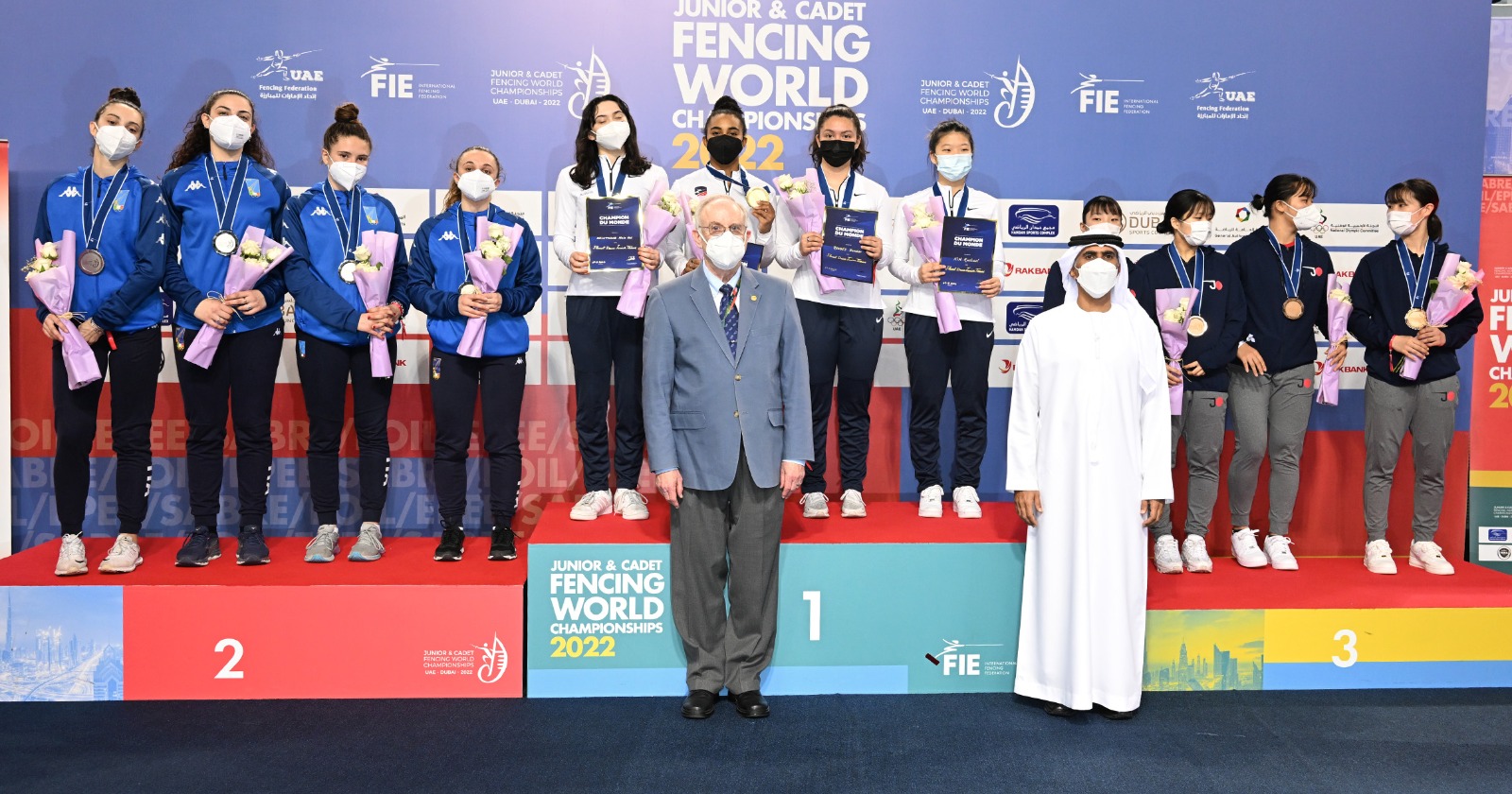 In junior women’s team foil, USA won the gold medal with a 45-33 score against Italy in the final match. Italy won against Ukraine in the semifinal round, 45-24, while USA defeated Japan, 45-27. The bronze medal went to Japan over Ukraine, 45-42.

“It feels great, amazing, it was a long day with some ups and downs”, said USA’s Lauren Scruggs. “We had a strong start against Sweden and that helped. We later had a rough beginning of our bout with Japan but got back on track with cheering and energy. Some of us had fenced three days in a row so that was tiring!”